Today our first stop was the Galleria Doria Pamphilj – which houses a fabulous art collection and which is likely the largest in Rome still in private ownership.

Walking to the Galleria Doria Pamphilj: 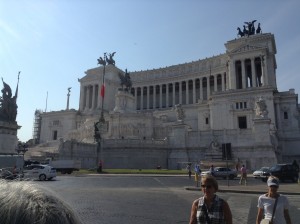 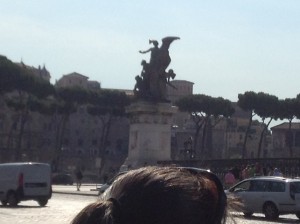 This is the first stop today on our way to the Galleria Doria Pamphilj. This is a first century fresco: 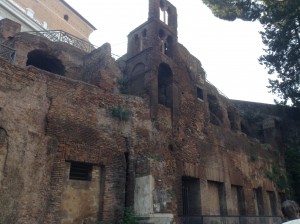 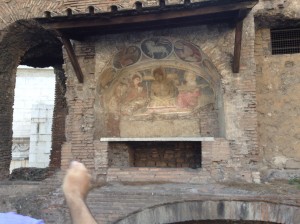 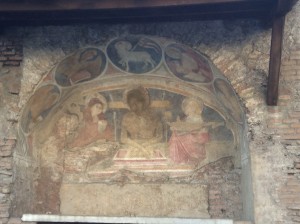 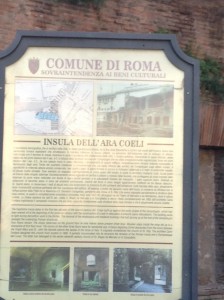 At the Galleria Doria Pamphilj, some of the collection highlights we viewed:  Caravaggio’s St. John the Baptist – a young John with his arm around a ram’s neck is how he painted him.   The painting is based upon Luke 1:80 – “the child grew and waxed strong in spirit, and was in the deserts till the day of his shewing unto Israel.” 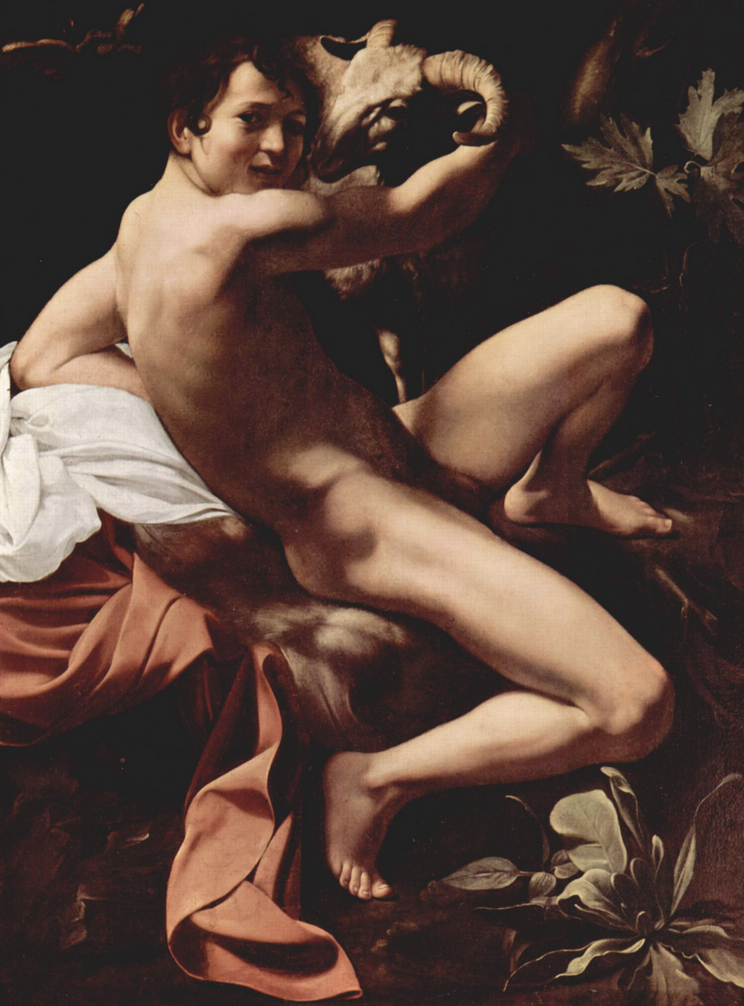 There are actually two different versions of this painting. One has a dove in the corner symbolizing the Holy Ghost. 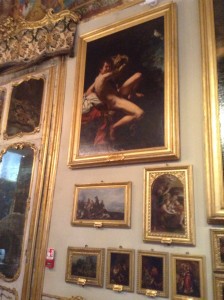 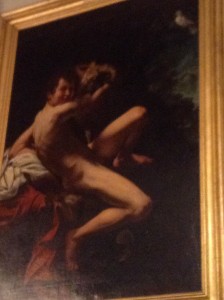 We saw another Caravaggio – Rest during the Flight into Egypt – an unusual portrayal of the biblical story – with an angel intent on playing the violin. 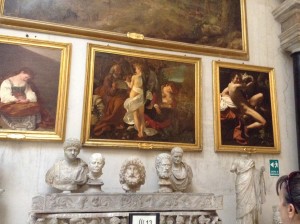 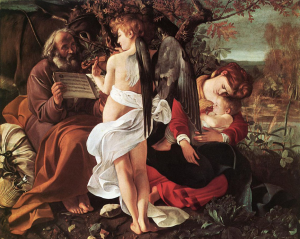 Another Caravaggio we saw was his Penitent Magdalene – painted fully clothed, seated, squatting in a low chair, a single tear running down her check. Caravaggio’s penitent magdalene. Her youth and humility was notable. She’s painted very differently from other magdelenes 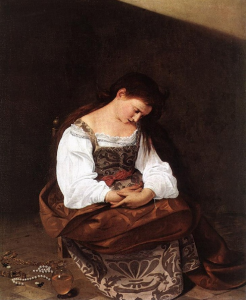 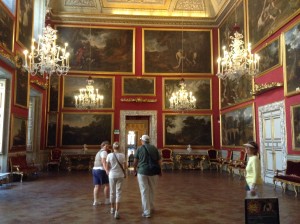 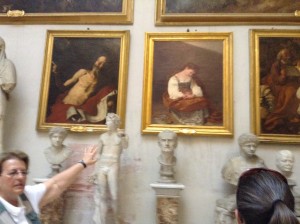 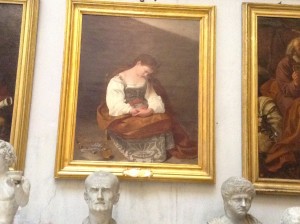 Our next stop was IL GESU – a church which houses a sculpture “Religion Overthrowing heresy and hatred” – done to attack Protestantism and to attempt to assert the Church’s authority after Luther and the Reformation. This certainly gave our group a lot to think about!

Here are 2 of 11 ancient Egyptian obelisks that are spoils of war: 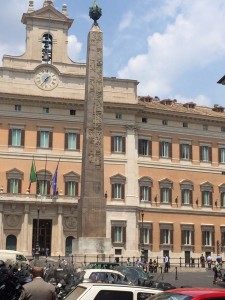 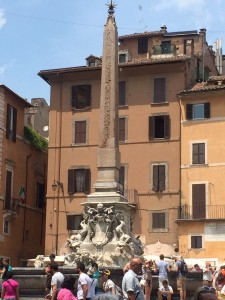 Finally, we visited a Church – Santa Maria sopra Minerva – which has Michelangelo’s Jesus’ Carrying His Cross.  But the artist carved a diminutive cross – giving the viewer the impression that Jesus had dominion over it. 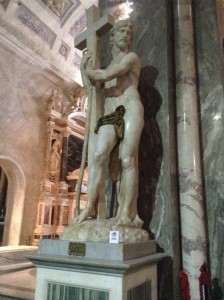 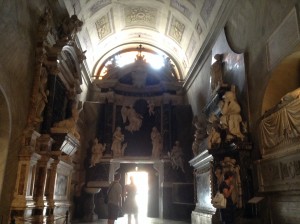 The afternoon was free for the group to wander the streets of Rome.