Our first visit this morning – early – was to Santa Maria del Popolo – which has two Caravaggio paintings – one is The Crucifixion of St. Peter, and the other is Conversion on The Way to Damascus.   Both masterpieces draw the viewer into the space of the paintings as if we were almost eye-witnesses to each event.

Caravaggio’s The Crucifixion of St. Peter: 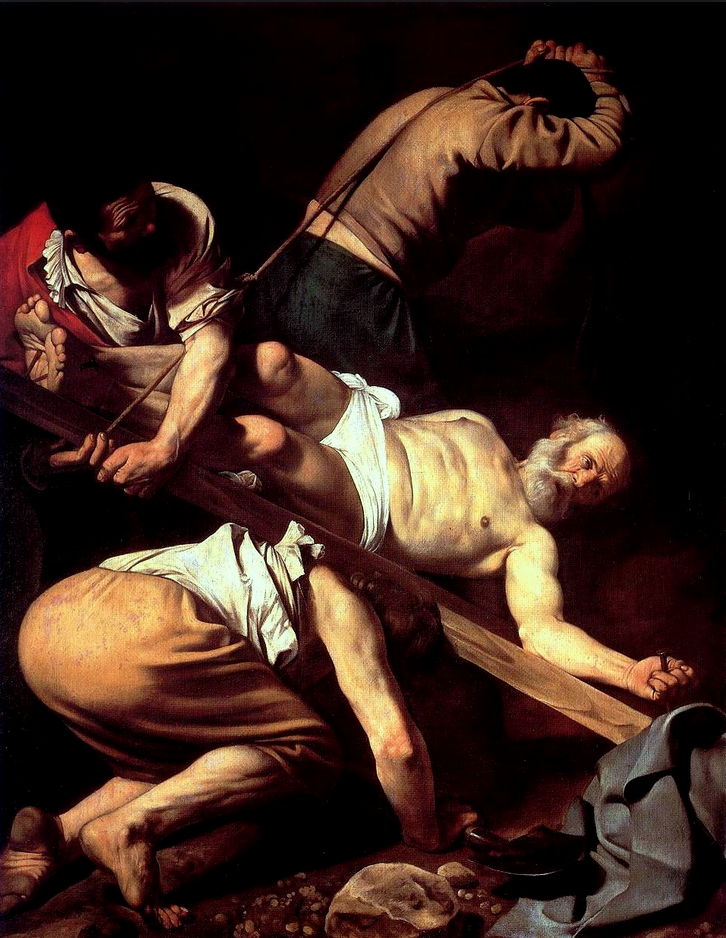 Caravaggio’s The Way to Damascus: 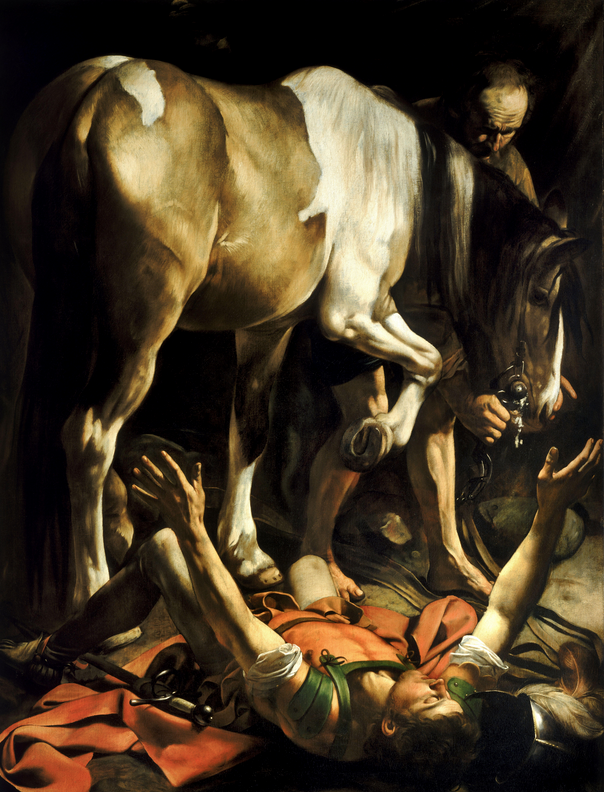 Then we entered into the Borghese Gallery and saw Caravaggjo’s The Madonna and Child with St. Anne.  This painting has Mary showing her son how to put his foot on the serpent’s head.  It only lasted 2 days in St. Peter’s Basilica, and then was removed to Cardinal Borghese’s private collection.

Caravaggjo’s The Madonna and Child with St. Anne: 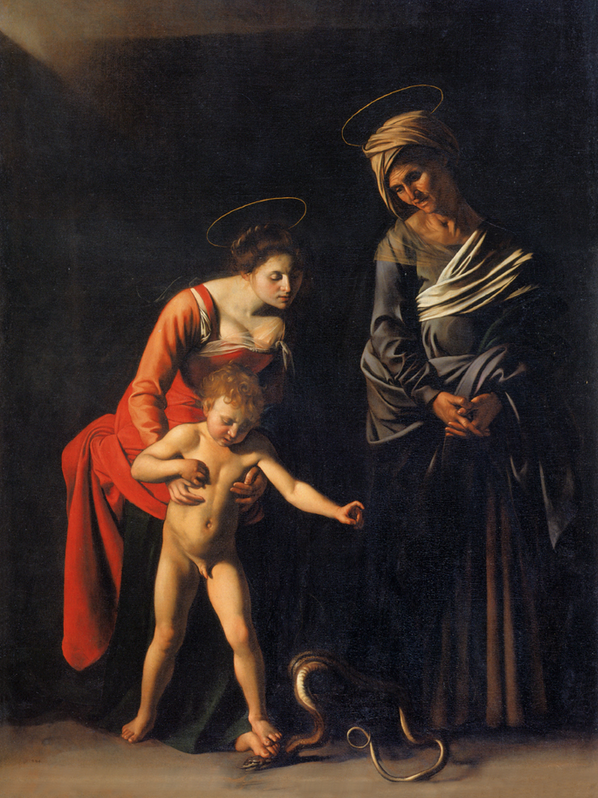 Another painting of Caravaggio’s we saw was David with the Head of Goliath.  It’s a harrowing portrait with the artist as the model for Goliath’s head.

Caravaggio’s David with the Head of Goliath: 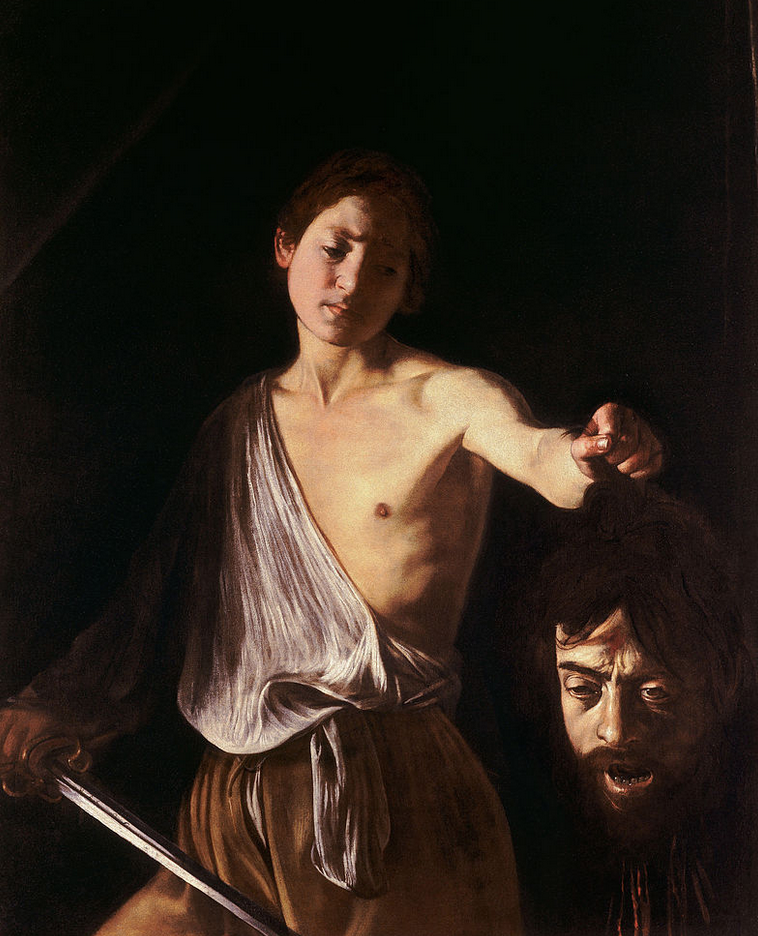 Then we viewed Bernini’s David – showing so clearly that David does not need any armor.  We can feel that sense of the power of God behind David’s victory in his sculpture. 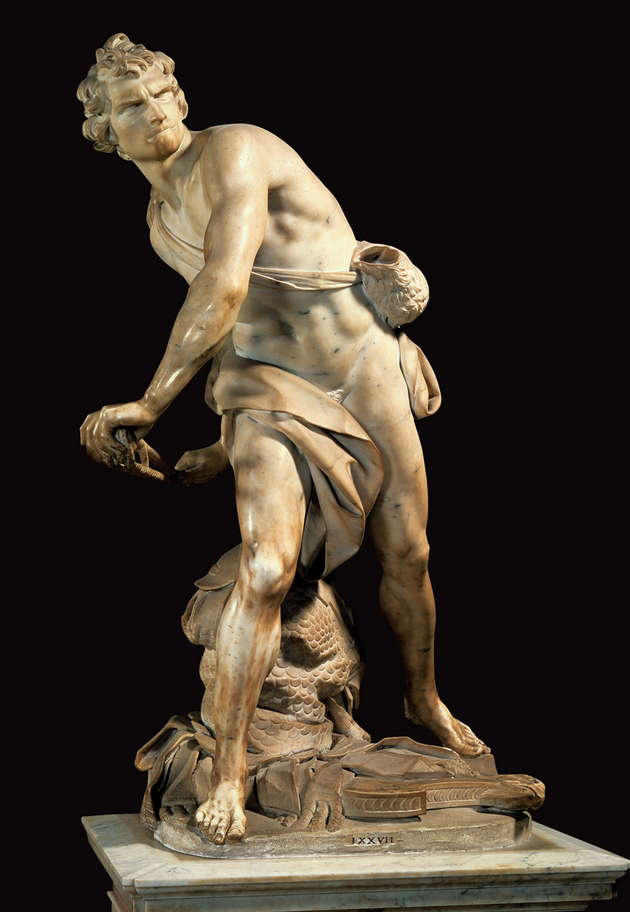 2 more paintings we saw in the Gallery: 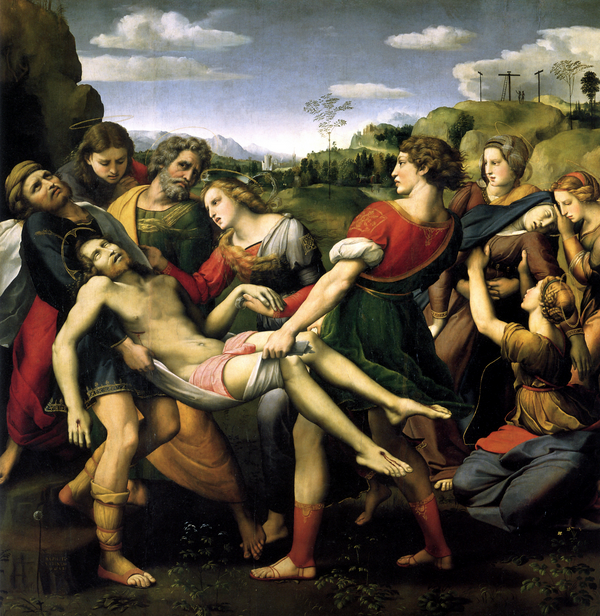 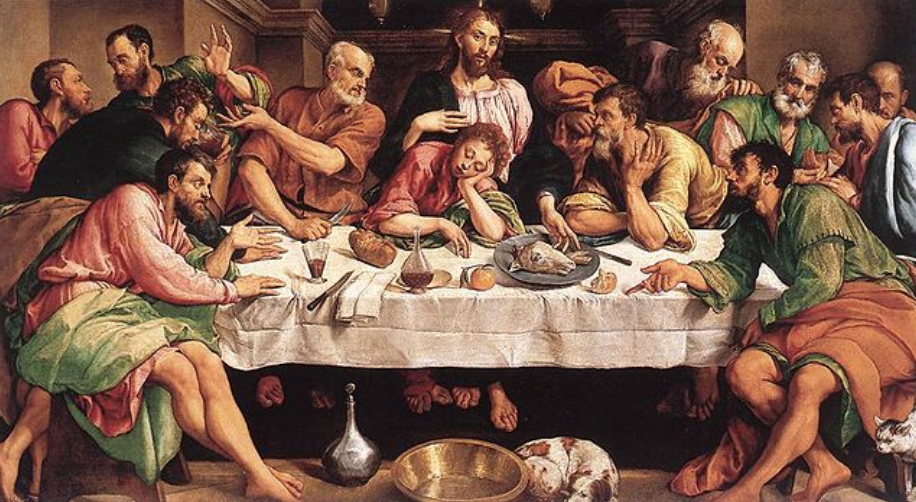 After a busy morning a few of us had lunch at this really good restaurant facing the pantheon and plaza. Two guys were playing 70’s music on guitars across the plaza and lots of tourists were taking pictures at the fountain. 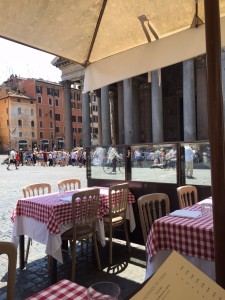 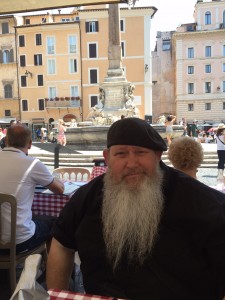 Our final group stop was to Santa Prassede – that has beautiful 9th century mosaics. We discovered an ancient mosaic that was very special as well as paintings of various scenes surrounding the arrest, trial and scourging of Jesus. 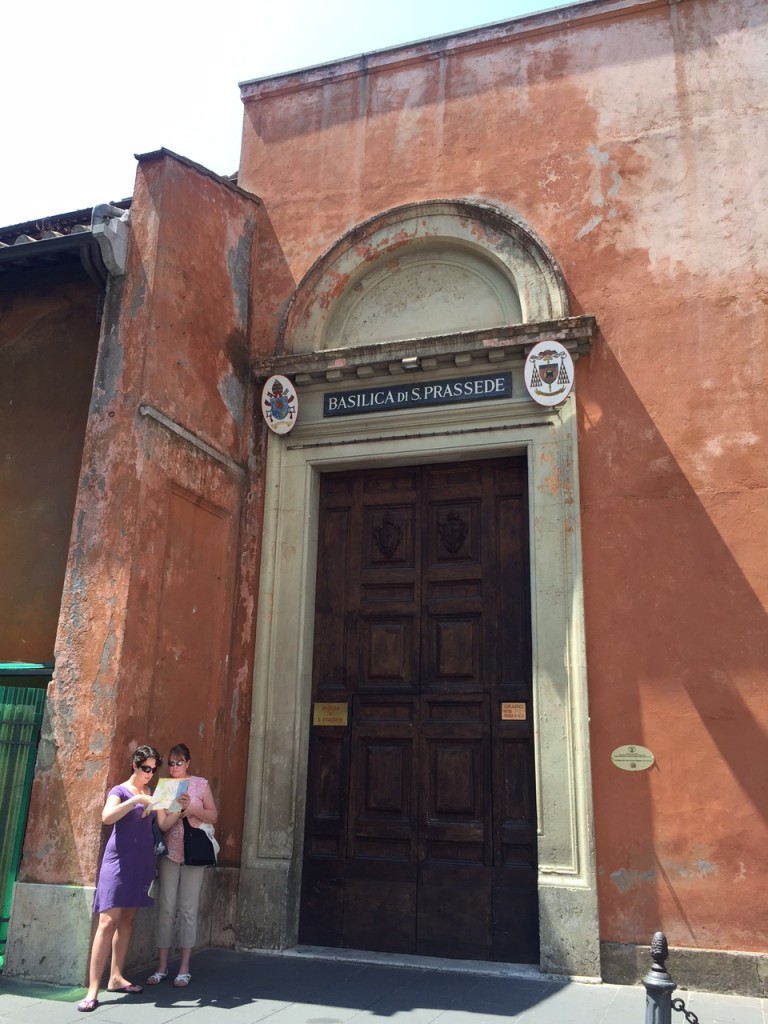 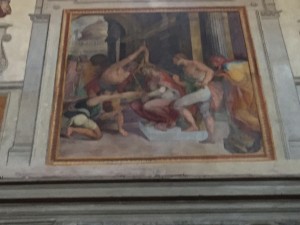 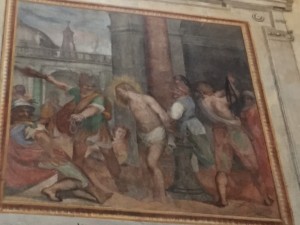 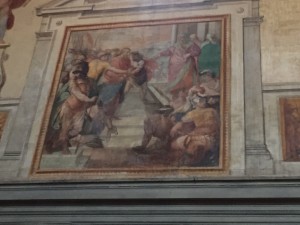 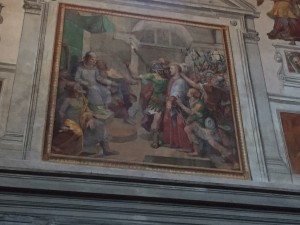 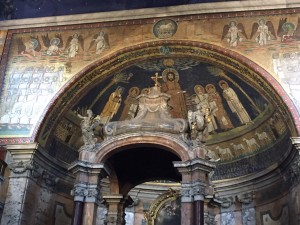 The rest of our group arrives today and tomorrow we will begin our main tour – starting with a walking tour of the city.