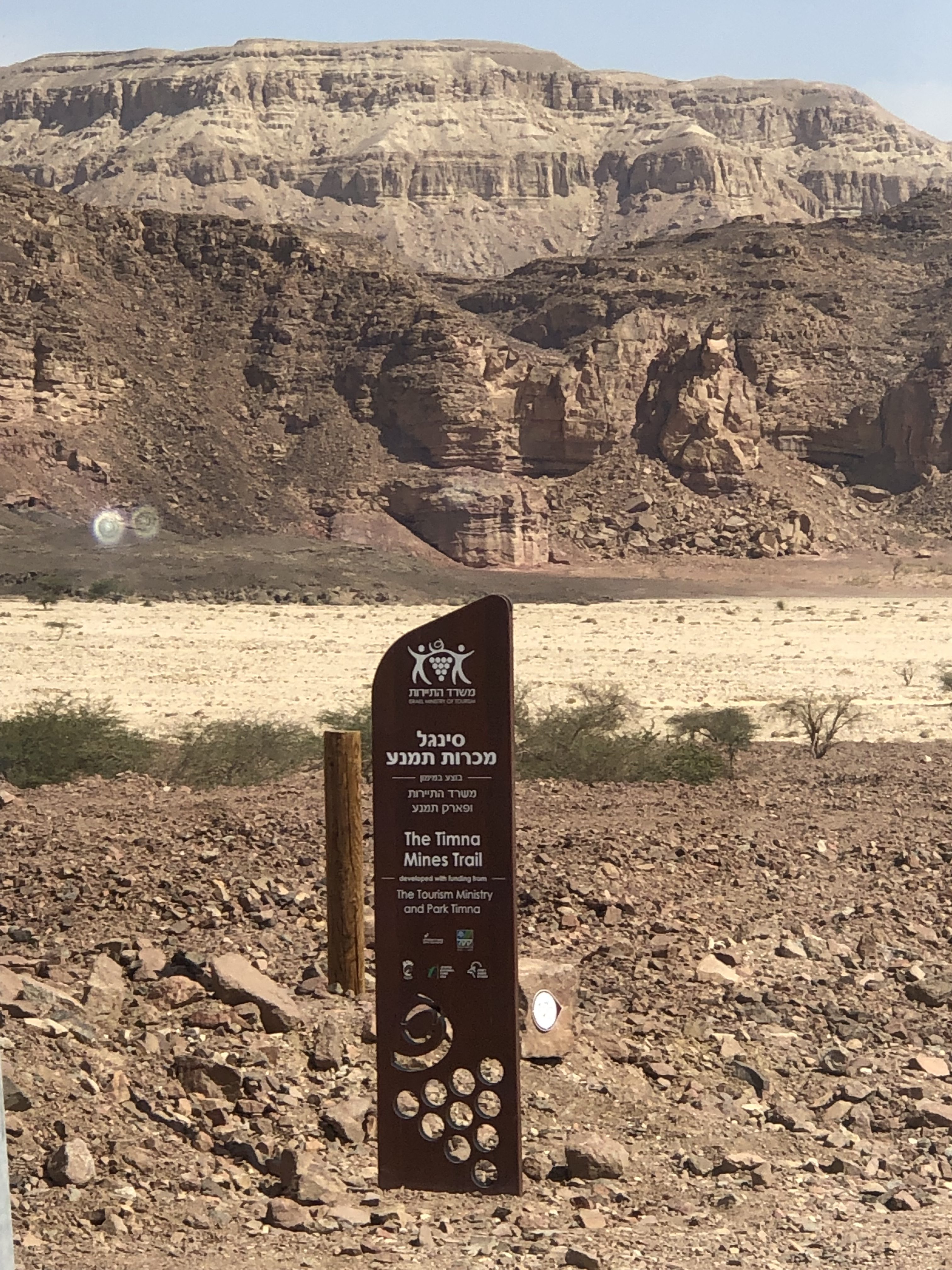 Having held our church service at the Movenpick Resort on Saturday, we set out early this morning to cross the border into Israel. Our first stop was Timna Valley where copper mining began in the 5th millennium B.C.E. Mining continued by the Israelites and Nabateans through the Roman period and the first and second centuries C.E., until the copper became scarce in the 7th century. 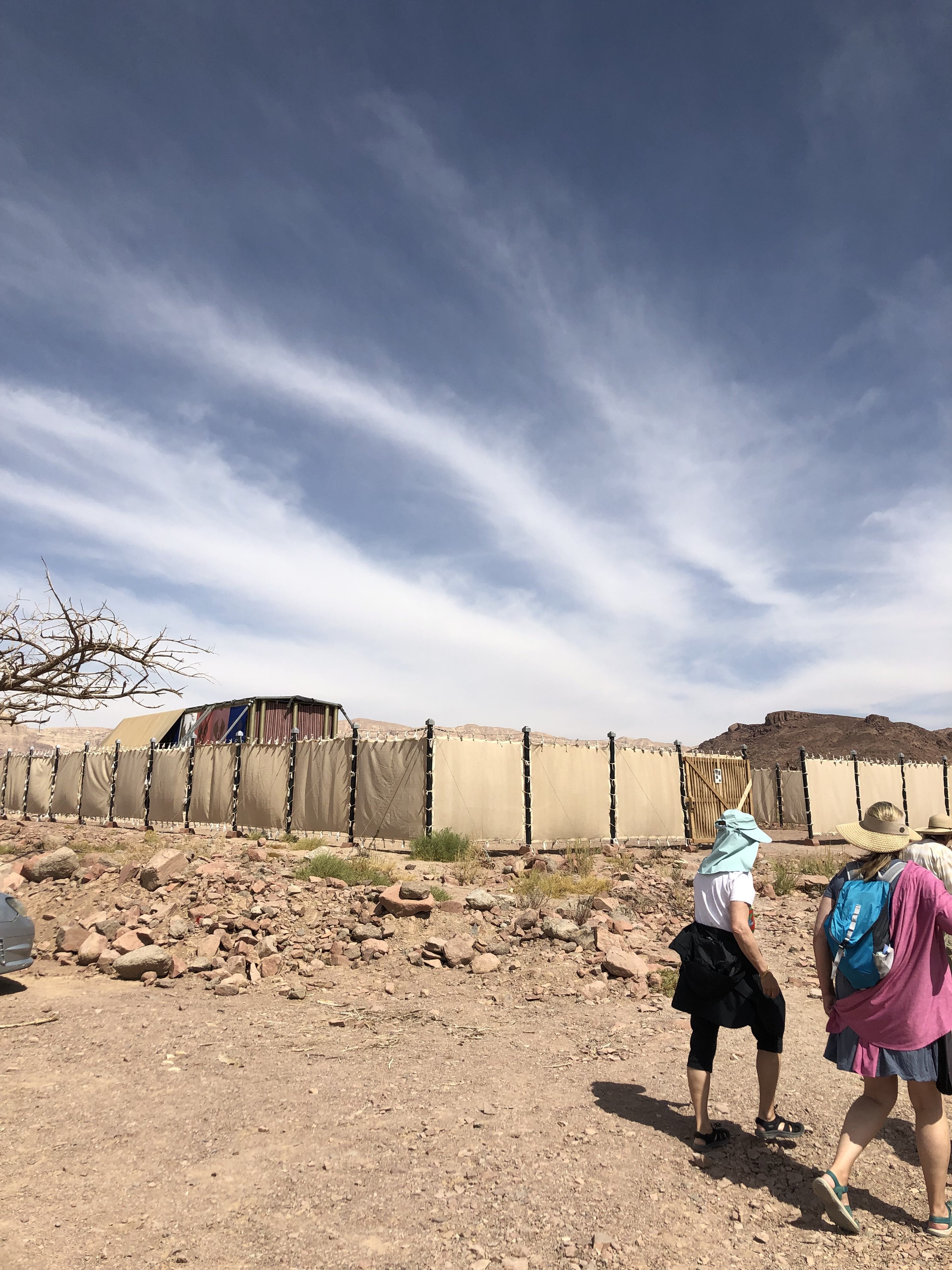 At Timna Park, a life-size replica of the biblical tabernacle has been constructed. Saturday night we discussed the spiritual significance of its furnishings. Seeing the model today was a highlight for all! 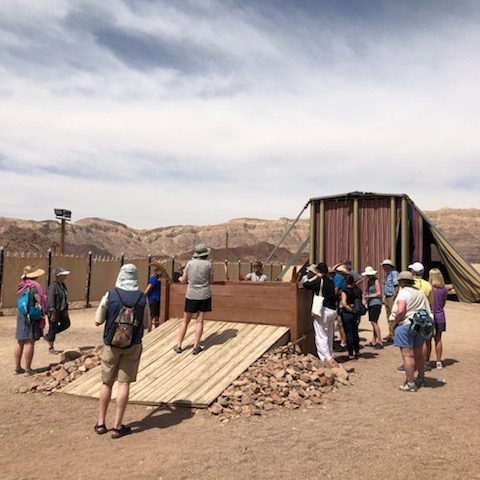 The first furnishing we encountered was the altar of animal sacrifice. 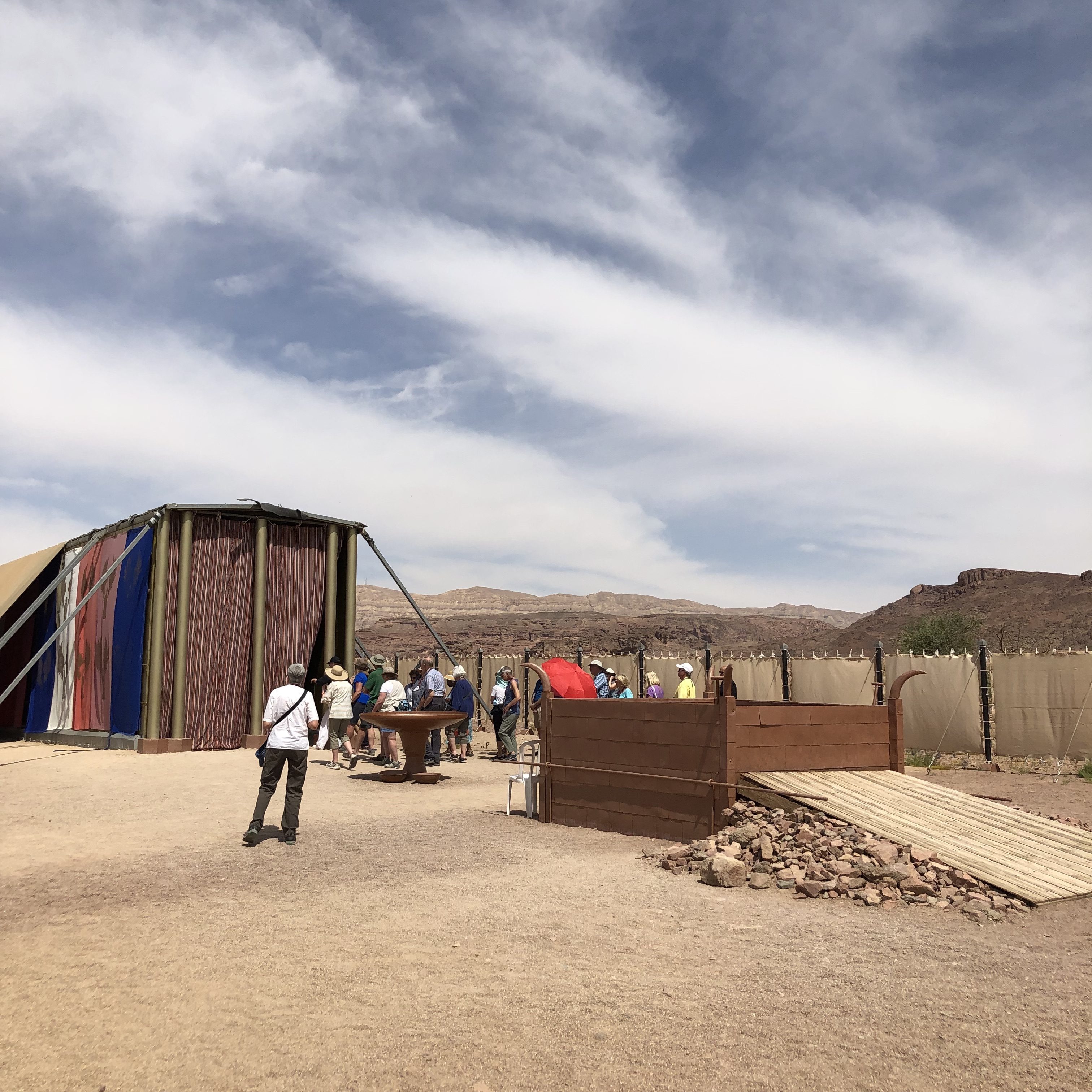 The second furnishing is the laver, which stands between the altar of animal sacrifice and the Holy Place.

Notice the poles that made the altar of animal sacrifice portable for when the tabernacle or tent of meeting was relocated. 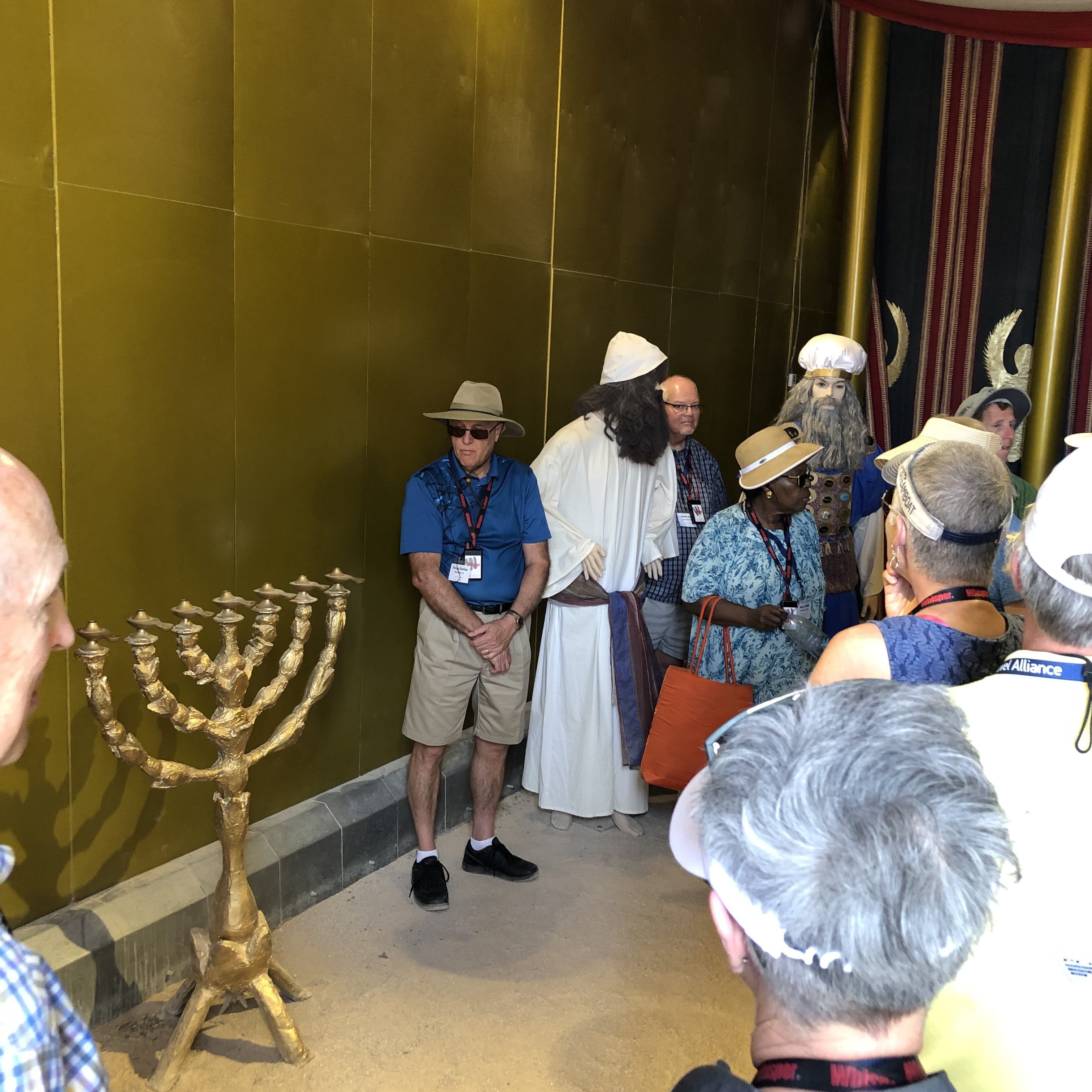 Inside the Holy Place, we encountered the golden seven-branched candlestick, which was fed by olive oil. 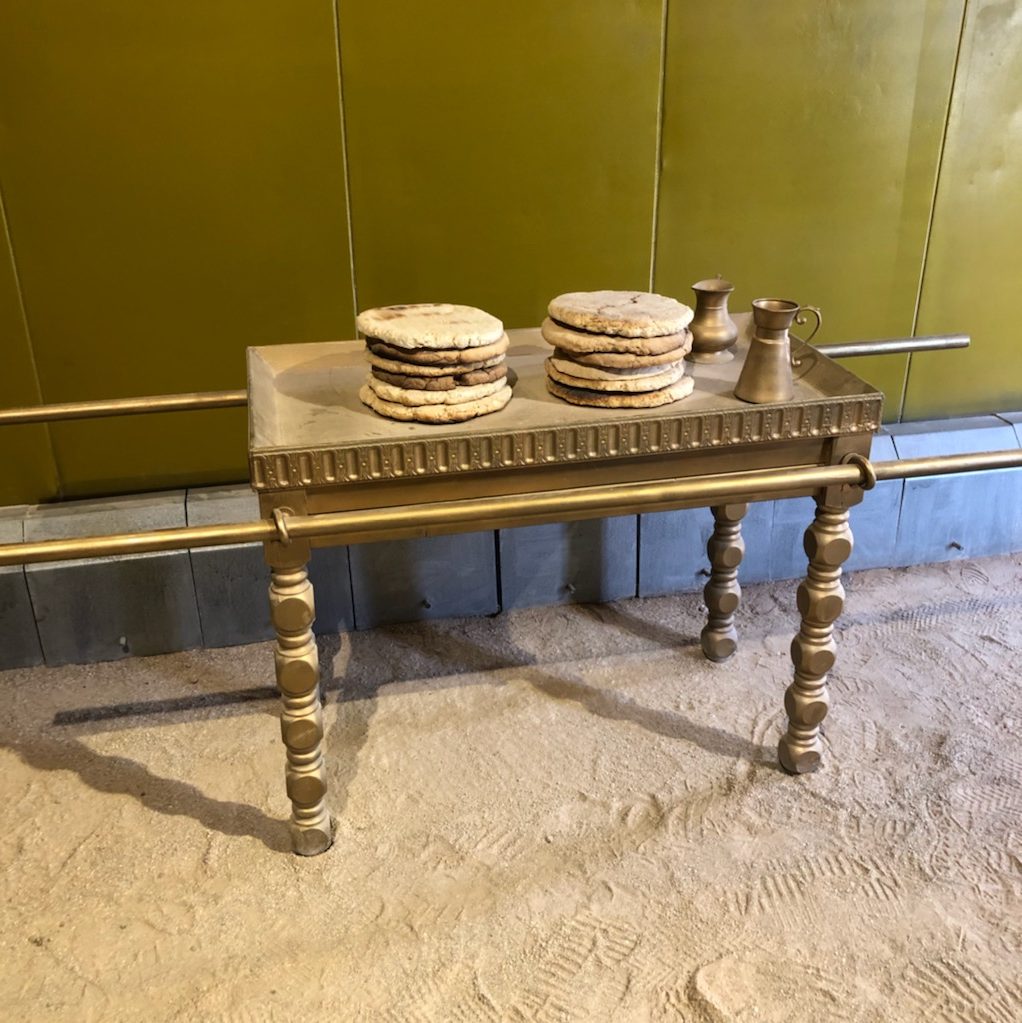 Also in the Holy Place, we viewed the Table of Shewbread that included bread (six pairs) and wine. 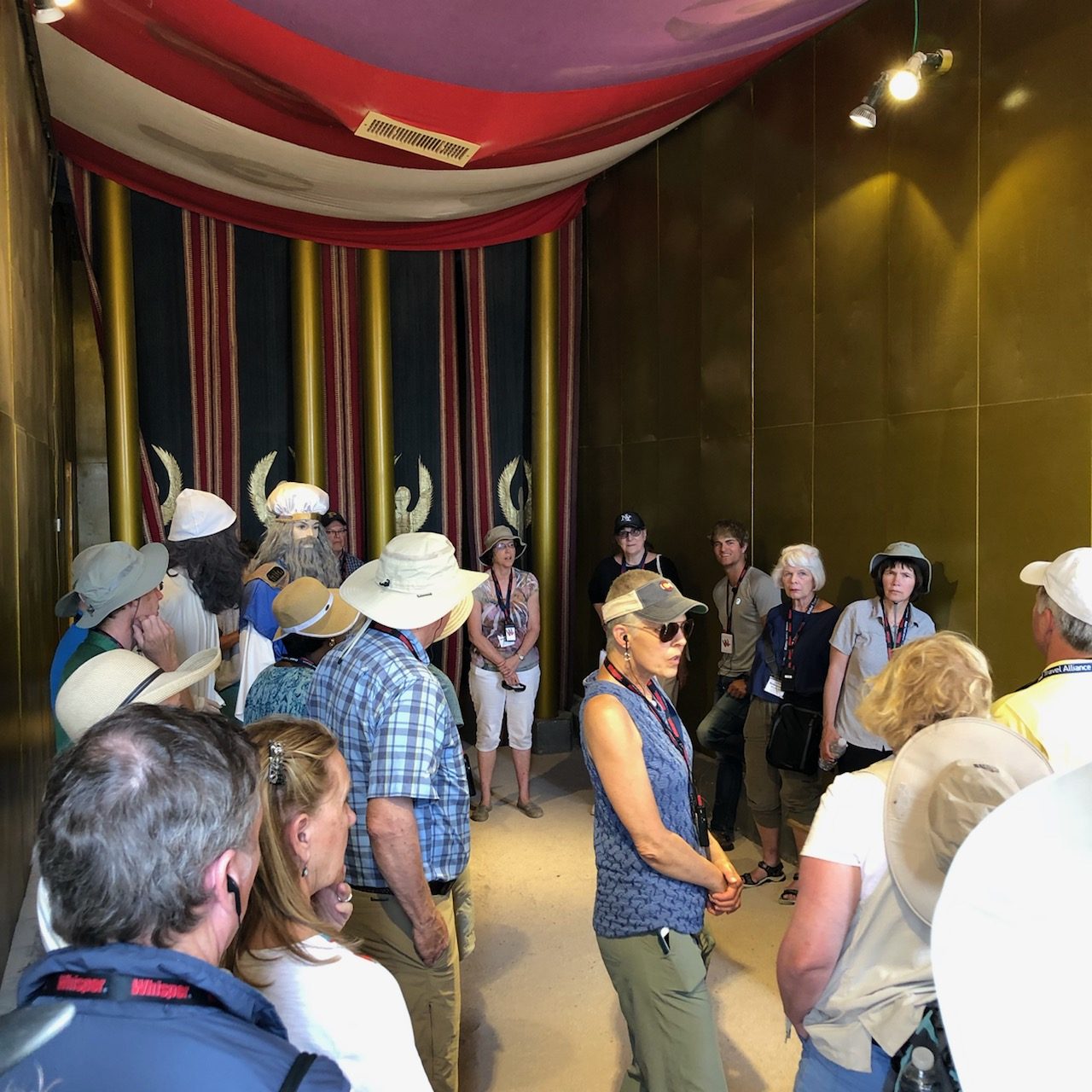 The Veil (striped curtain) acted as a barrier to the Holy of Holies where the ark resided. 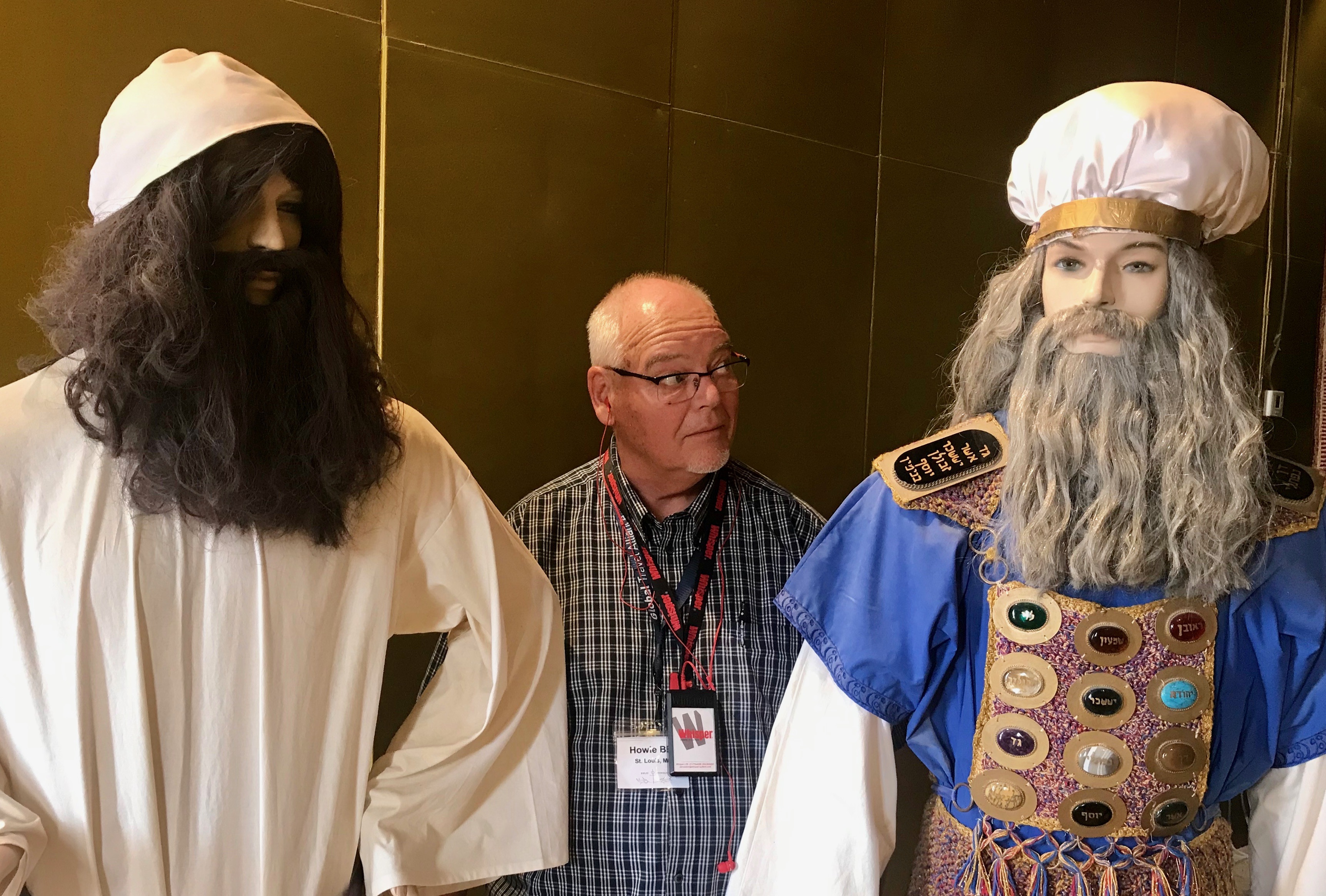 Fun at the Model Tabernacle 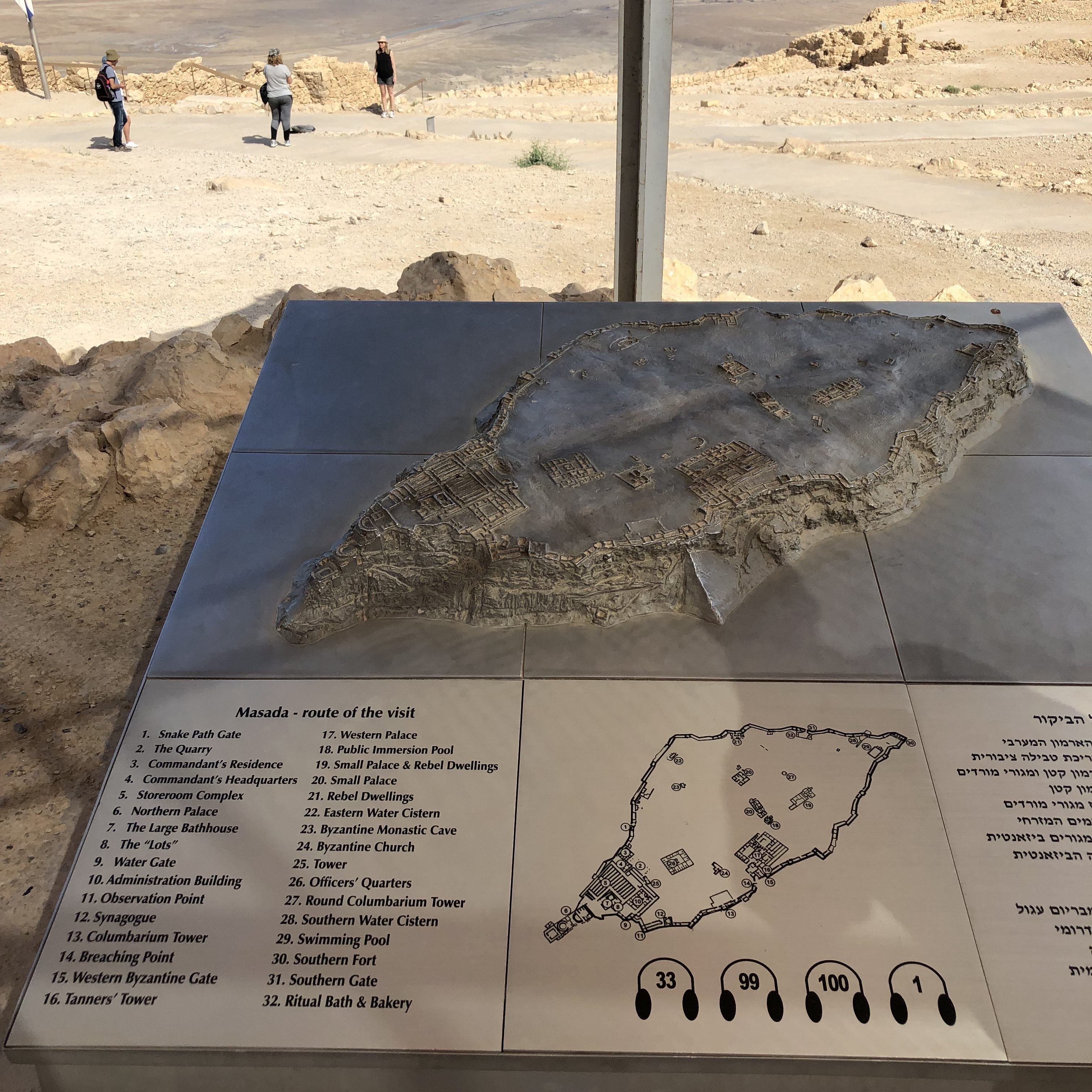 This afternoon we visited Masada, a site of ancient palaces, fortified by Herod the Great between 37 and 31 B.C.E as a refuge for himself in the event of a revolt.

Atop Masada, we found some shade for a group photo, across from Herod’s three personal rooms.

Model of Herod the Great’s northern Palace on Masada, built upon three terraces. 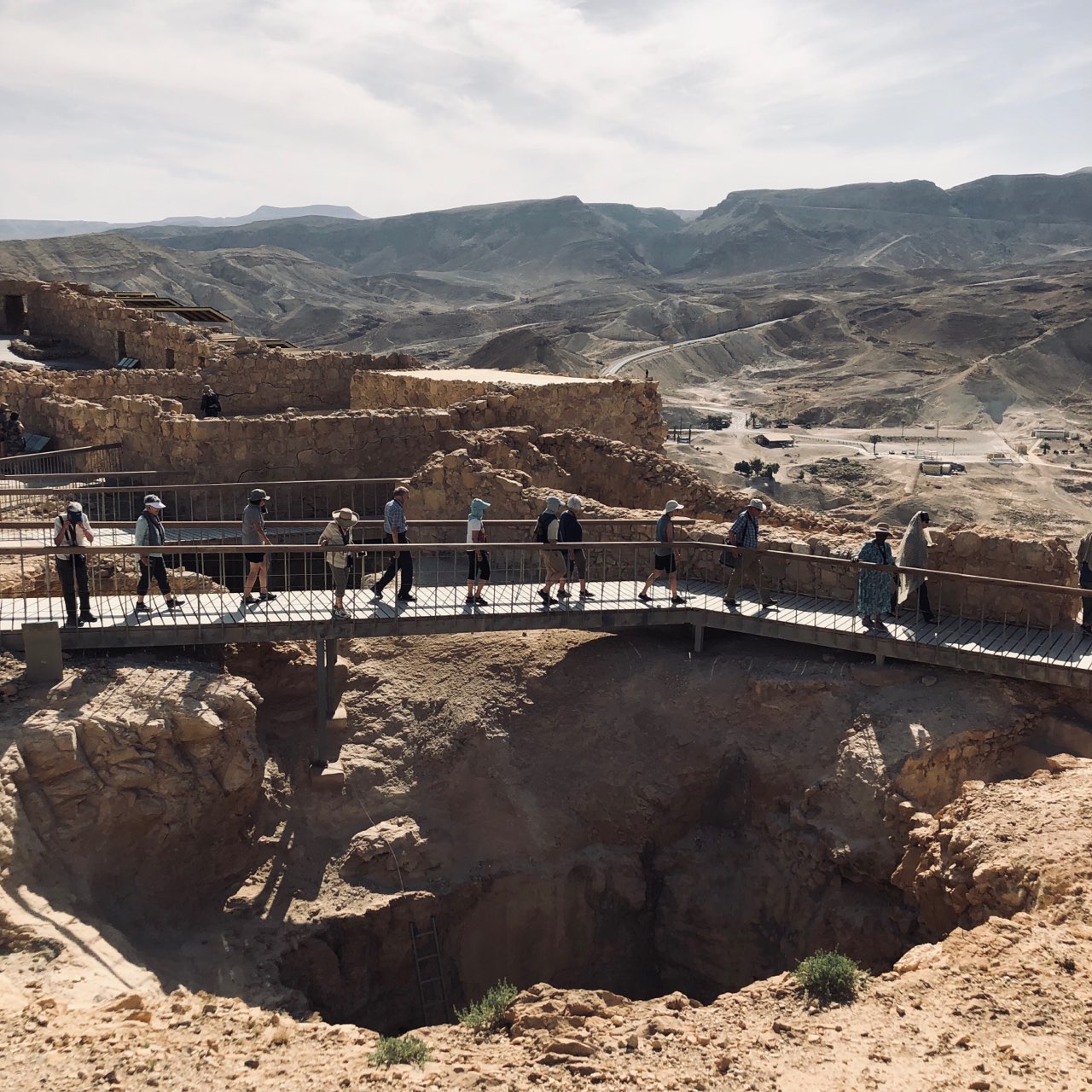 Walking atop Masada in Southern Israel.

Visiting the synagogue of Masada. Herod’s stables were converted to this synagogue during the revolt when the Jews occupied the abandoned fortress of Masada. 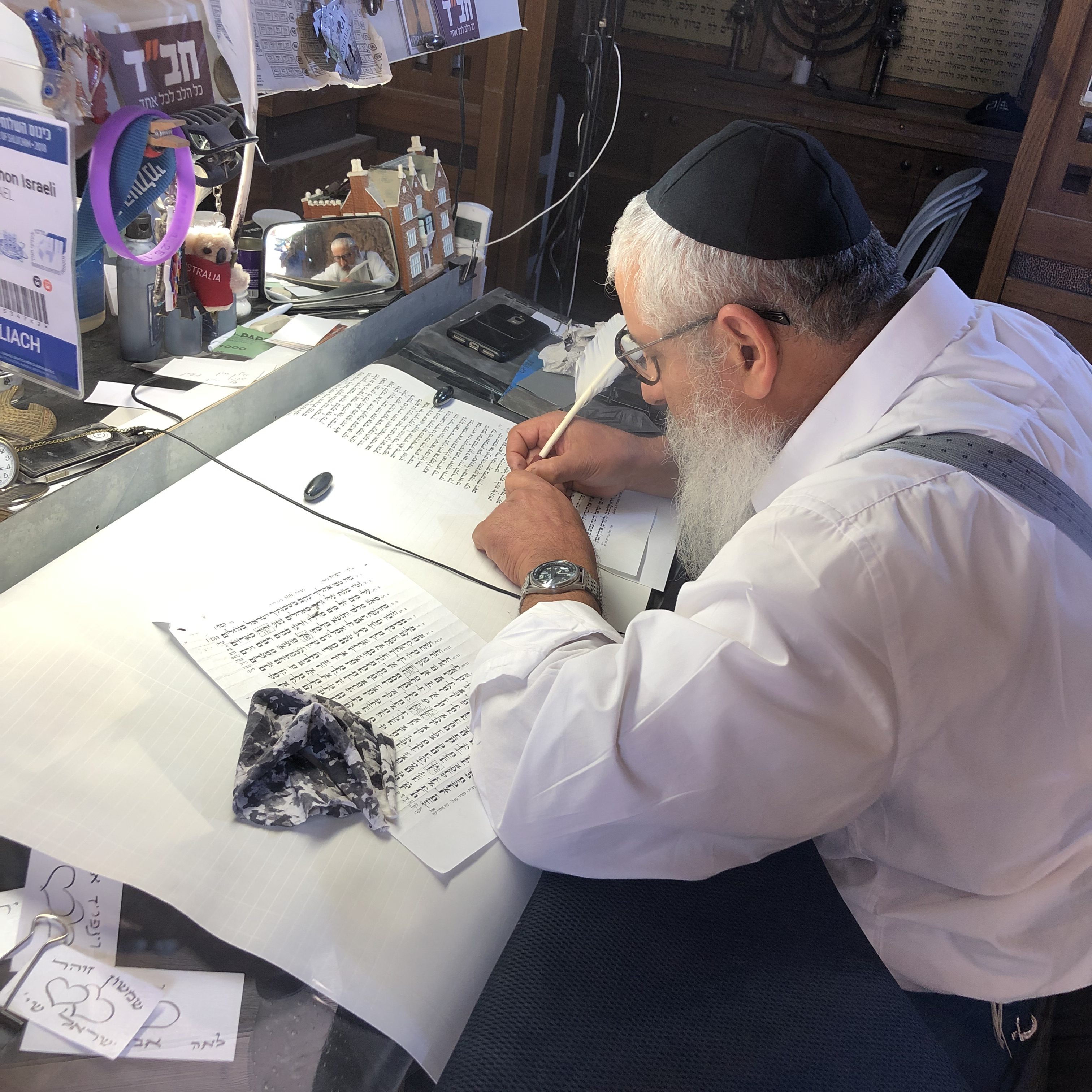 In the corner of the synagogue on Masada, a Rabbi sat behind glass, and we watched him copy the Torah by hand. 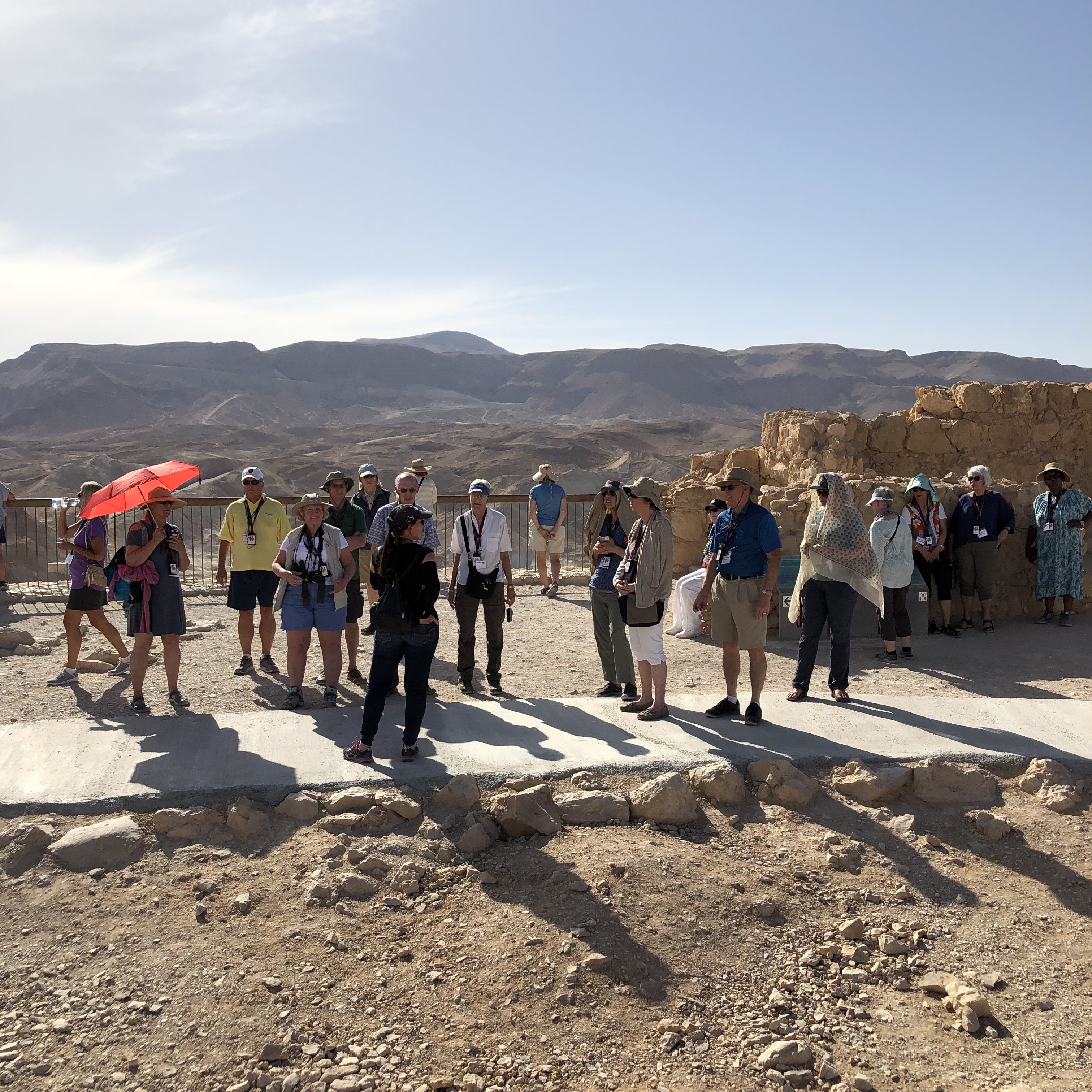 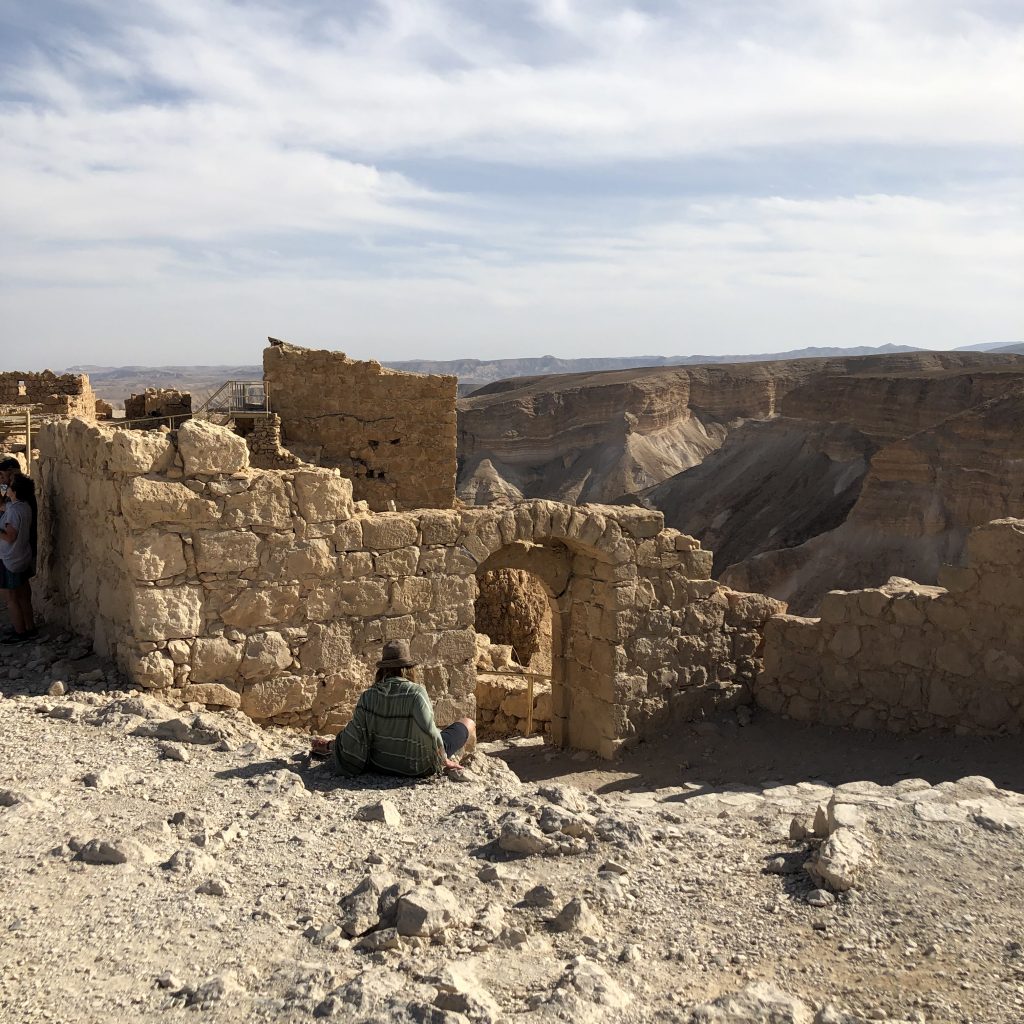 There were many spectacular views to take in from the top of Masada. 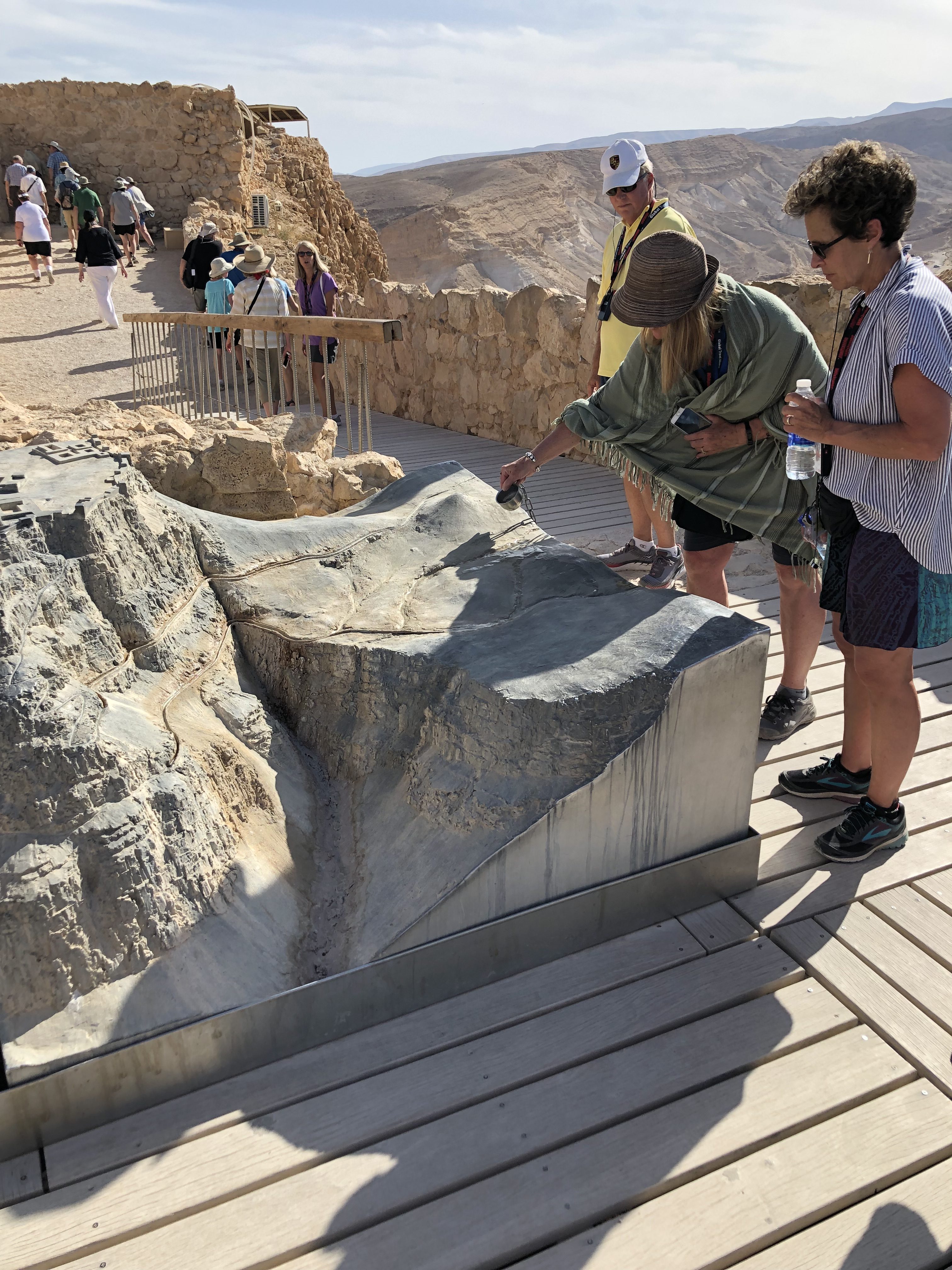 Masada overlooks the Dead Sea in the distance. 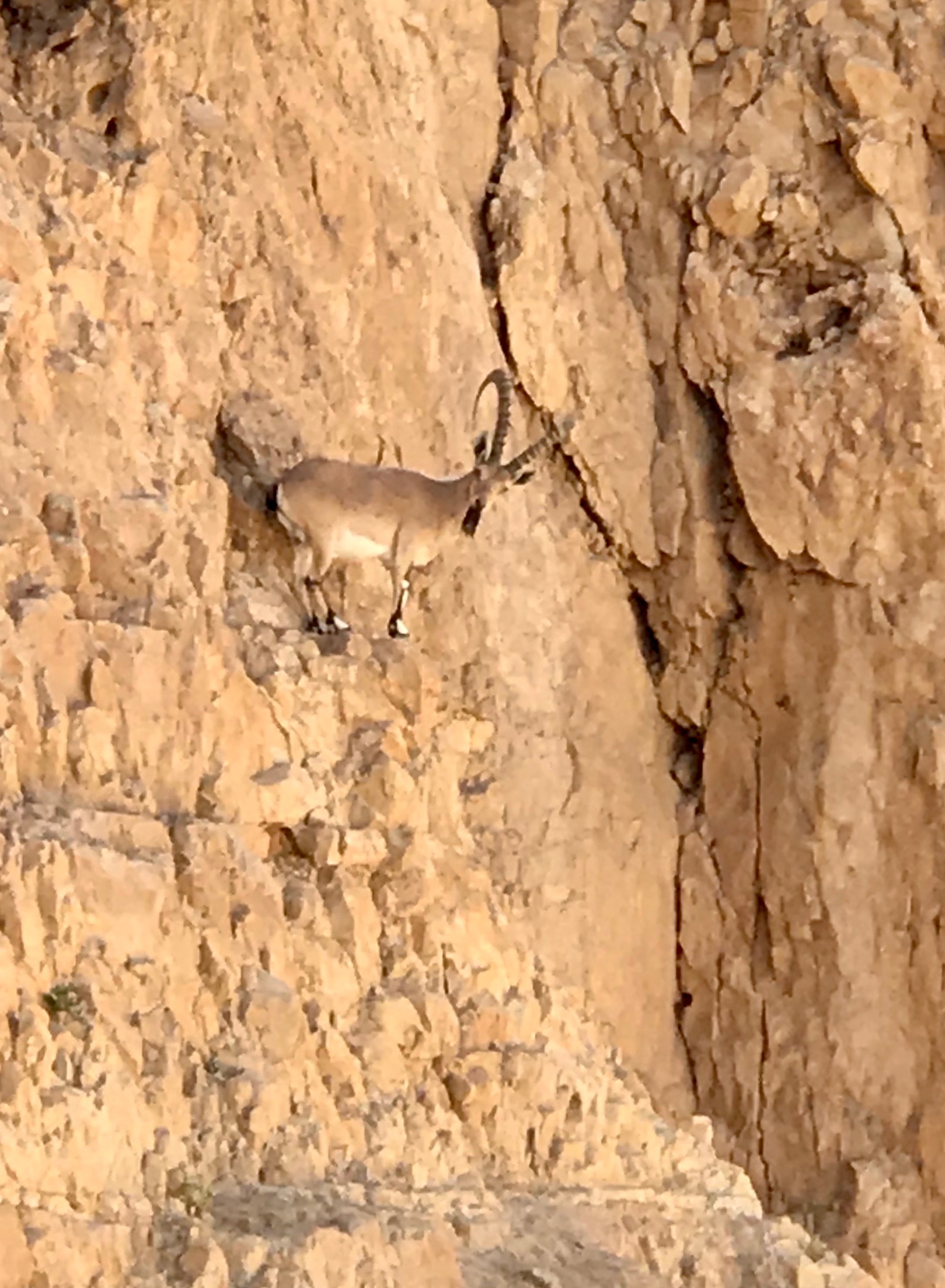 This dessert-dwelling goat, called and ibex, was busy climbing Masada 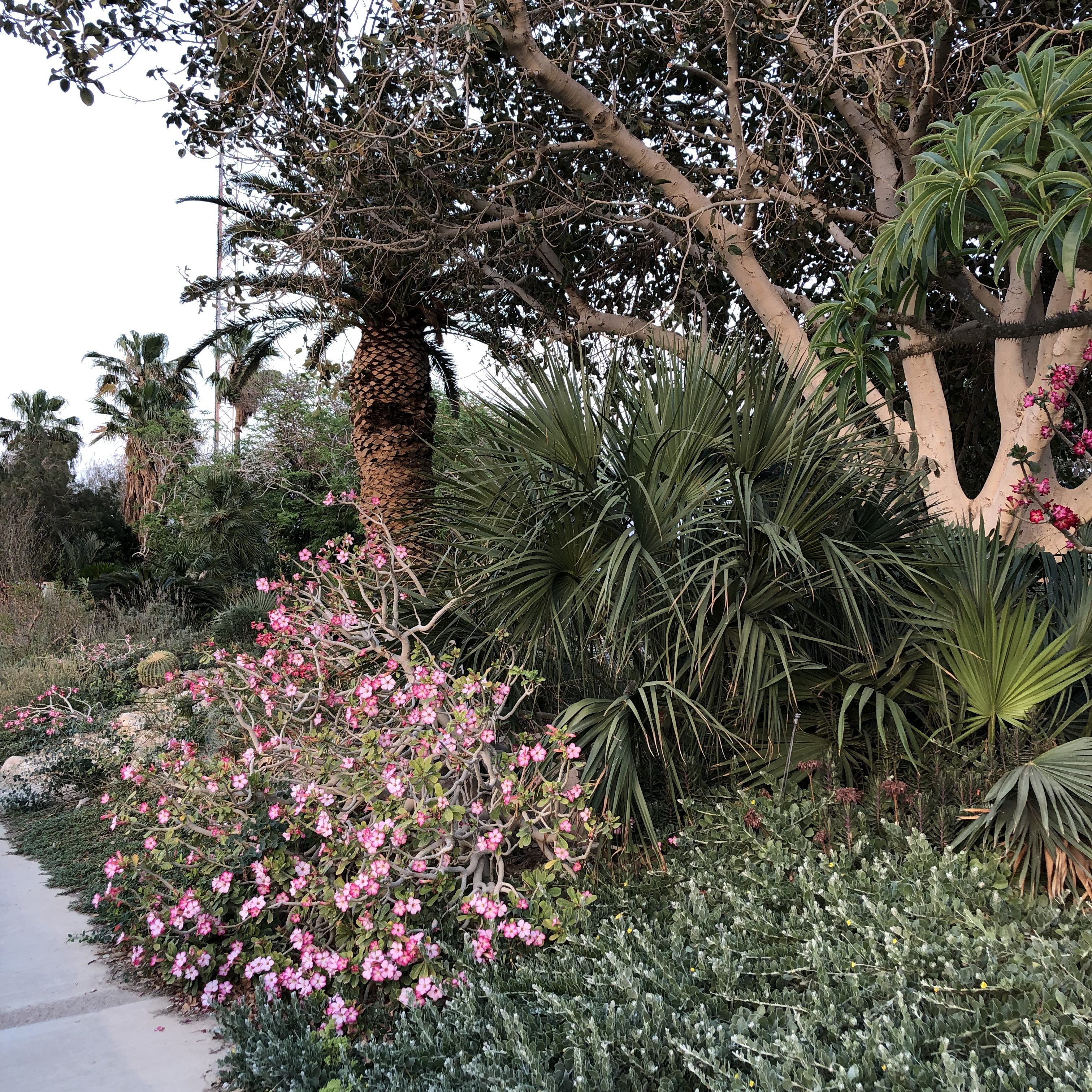 The Ein Guest House is known for its botanical gardens. 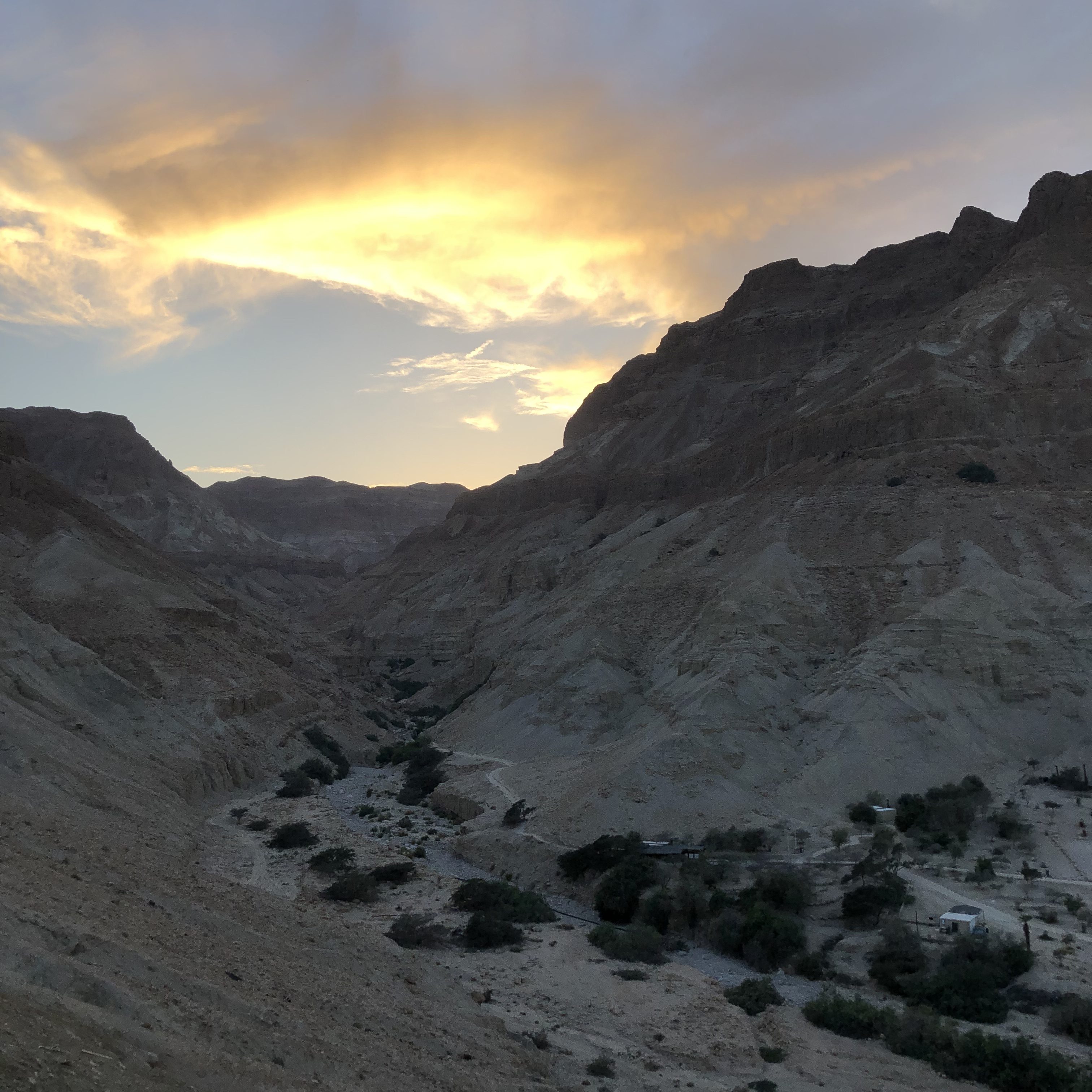 Sunset view from our hillside hotel restaurant in Ein Gedi.