Today is our last day. Our final and exceptional visit was to Rosslyn Chapel just outside the city of Edinburgh. The chapel was built out of red sandstone by the William Sinclair family in 1446. William Sinclair’s goal was to create a Bible in stone for his family.

There are many stories about the building and preservation of Rosslyn Chapel. William Sinclair actually died before the chapel was completed. It wasn’t completed until many years after.

The carvings are amazing and would take a long time to really see them all and take it all in. A favorite was one of the Seal of the Lamb of God.

Due to Dan Brown’s Da Vinci code, the chapel has become quite famous which is providing the funds to preserve this important site. 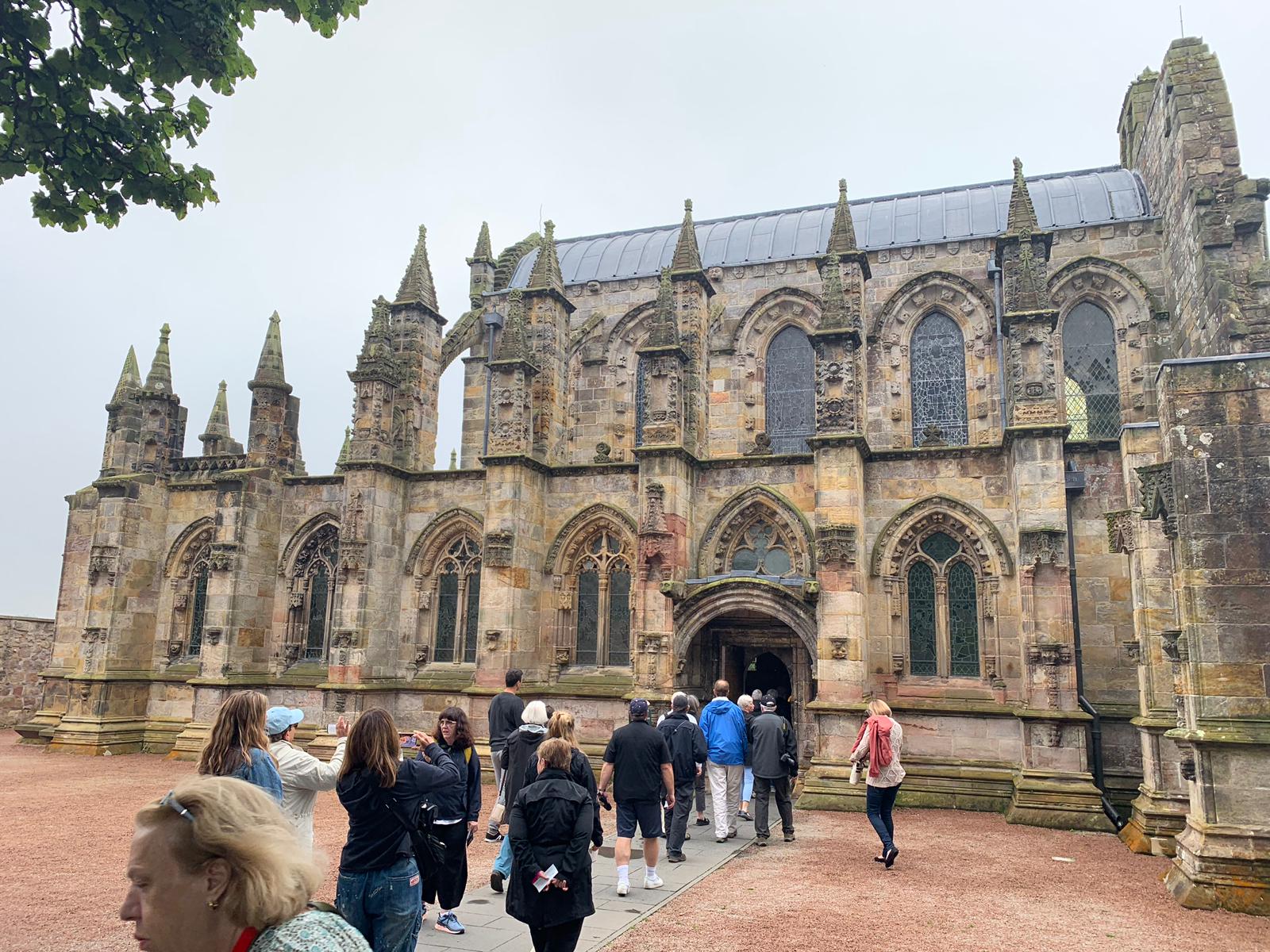 We were not allowed to take any pictures inside the chapel, so these pictures are of the outside of the chapel – 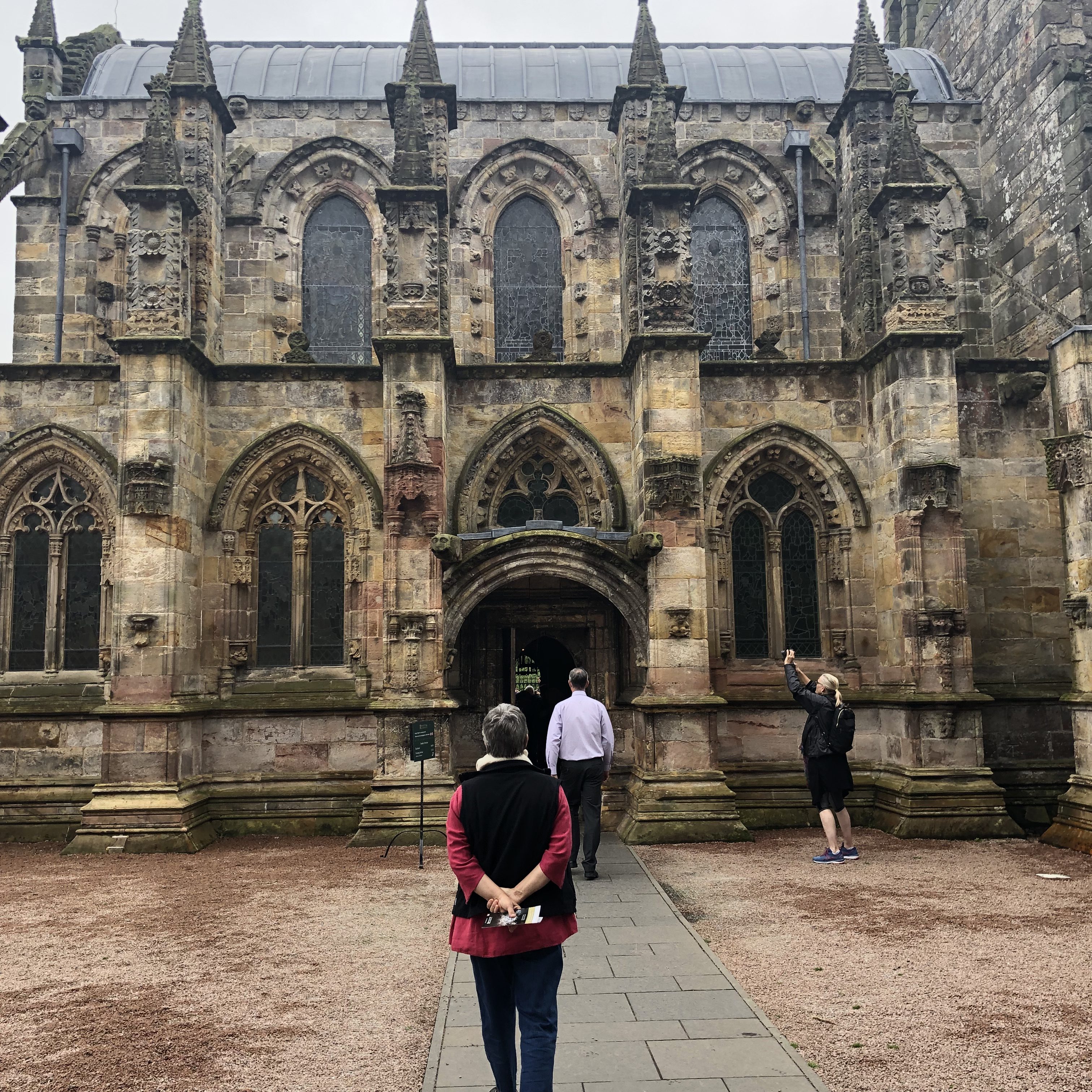 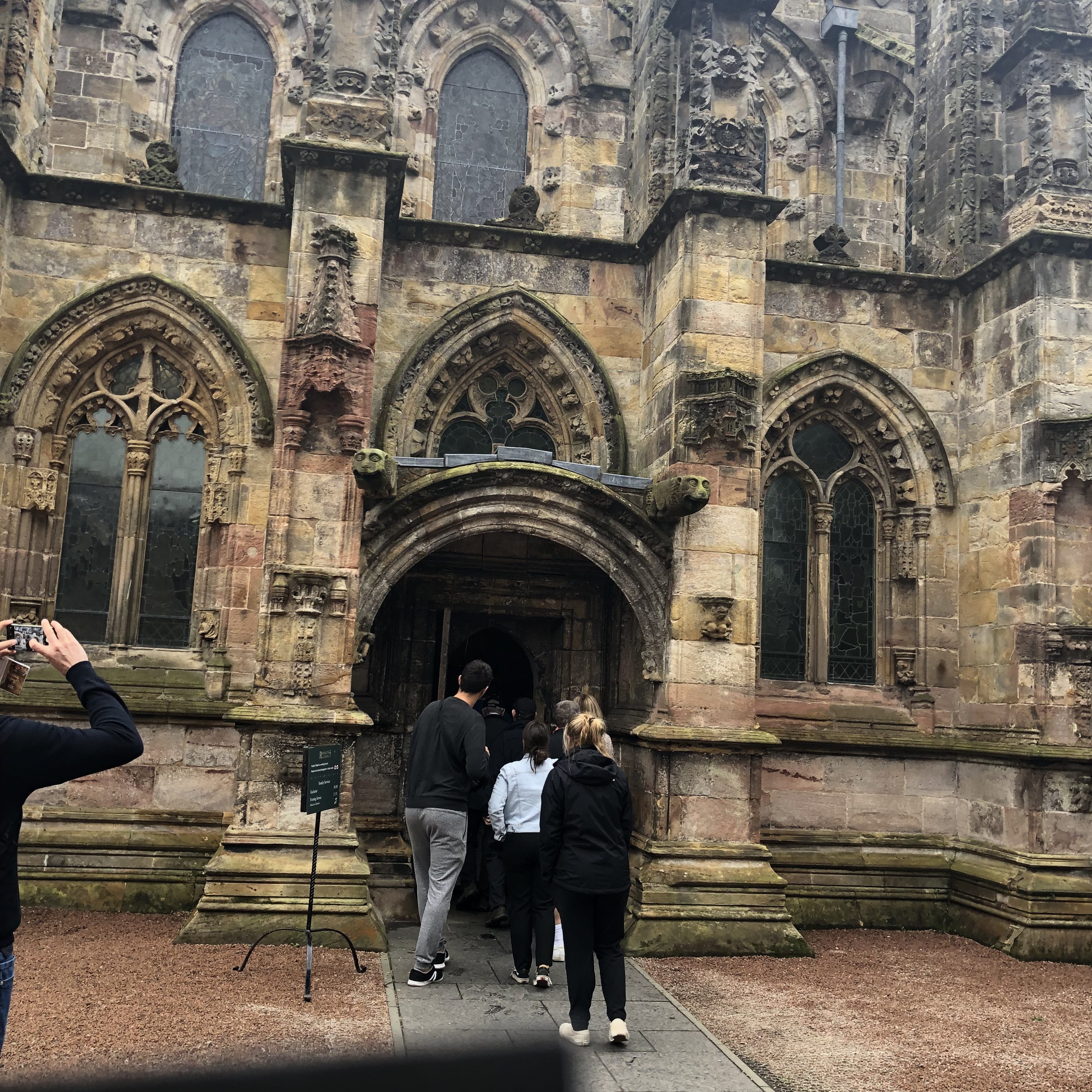 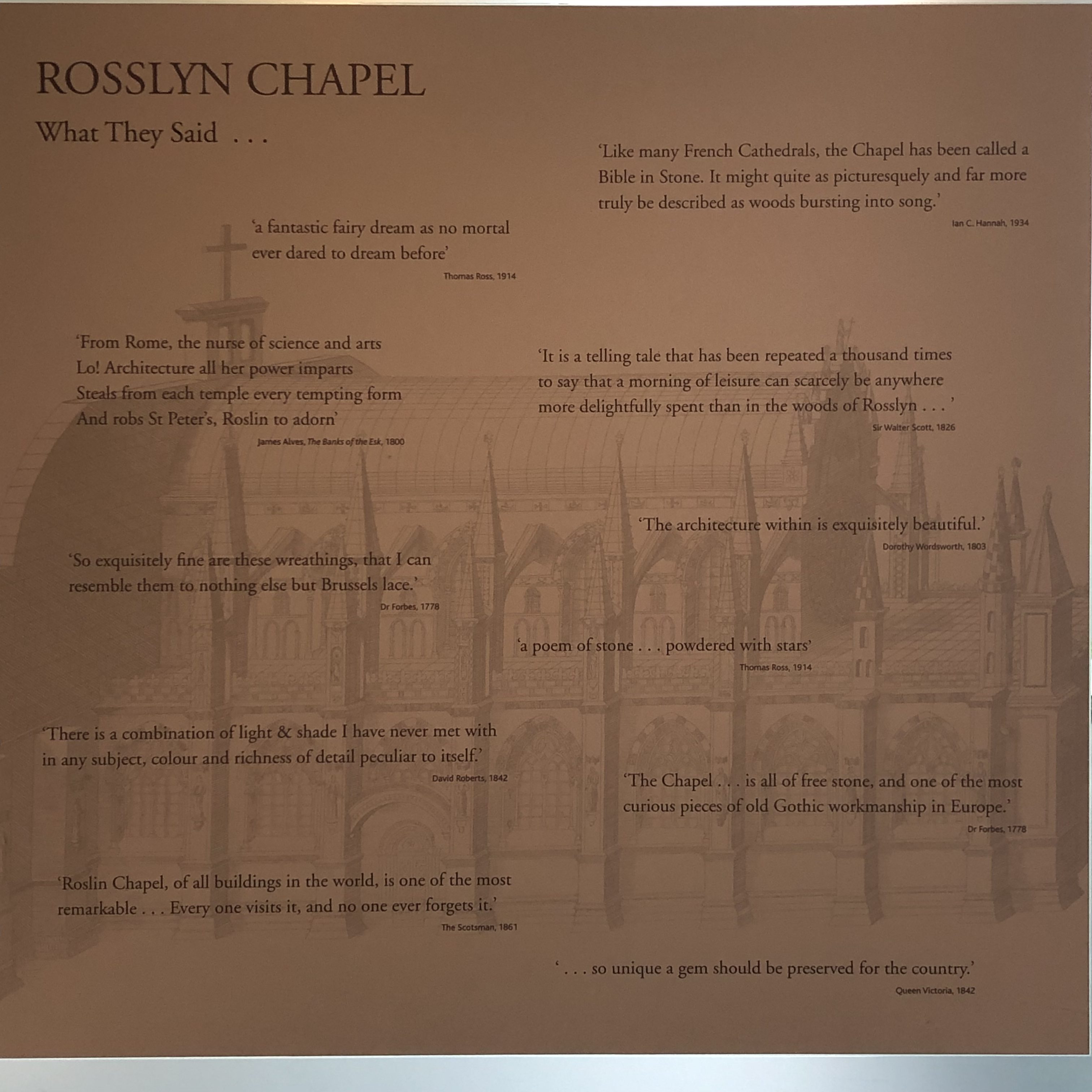 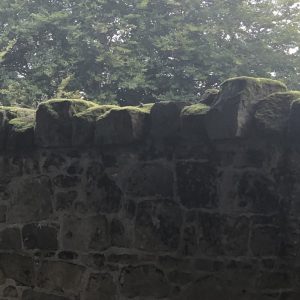 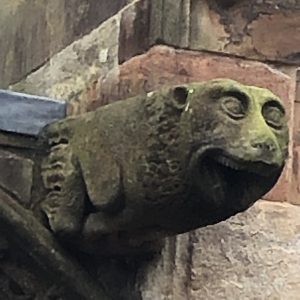 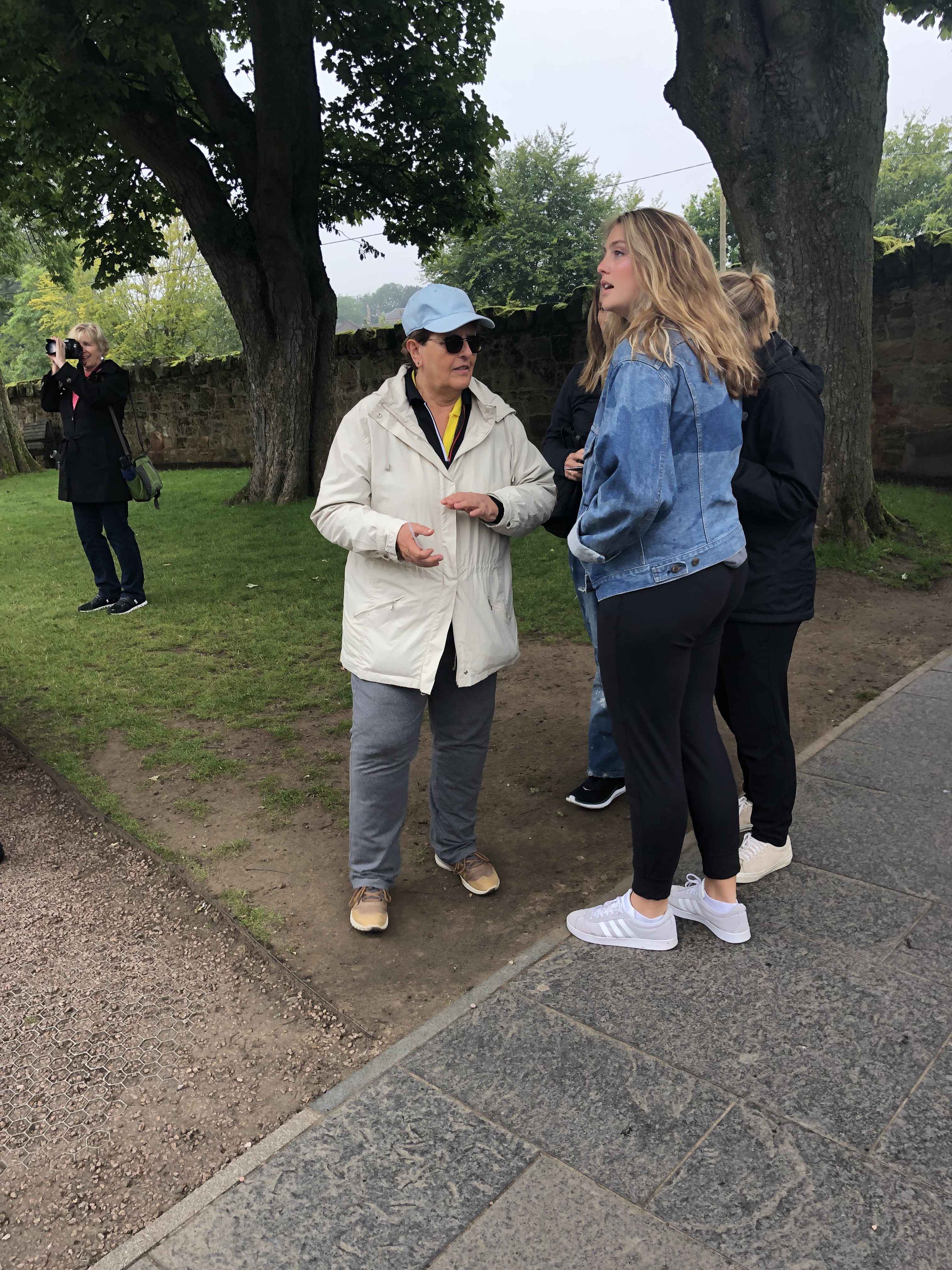 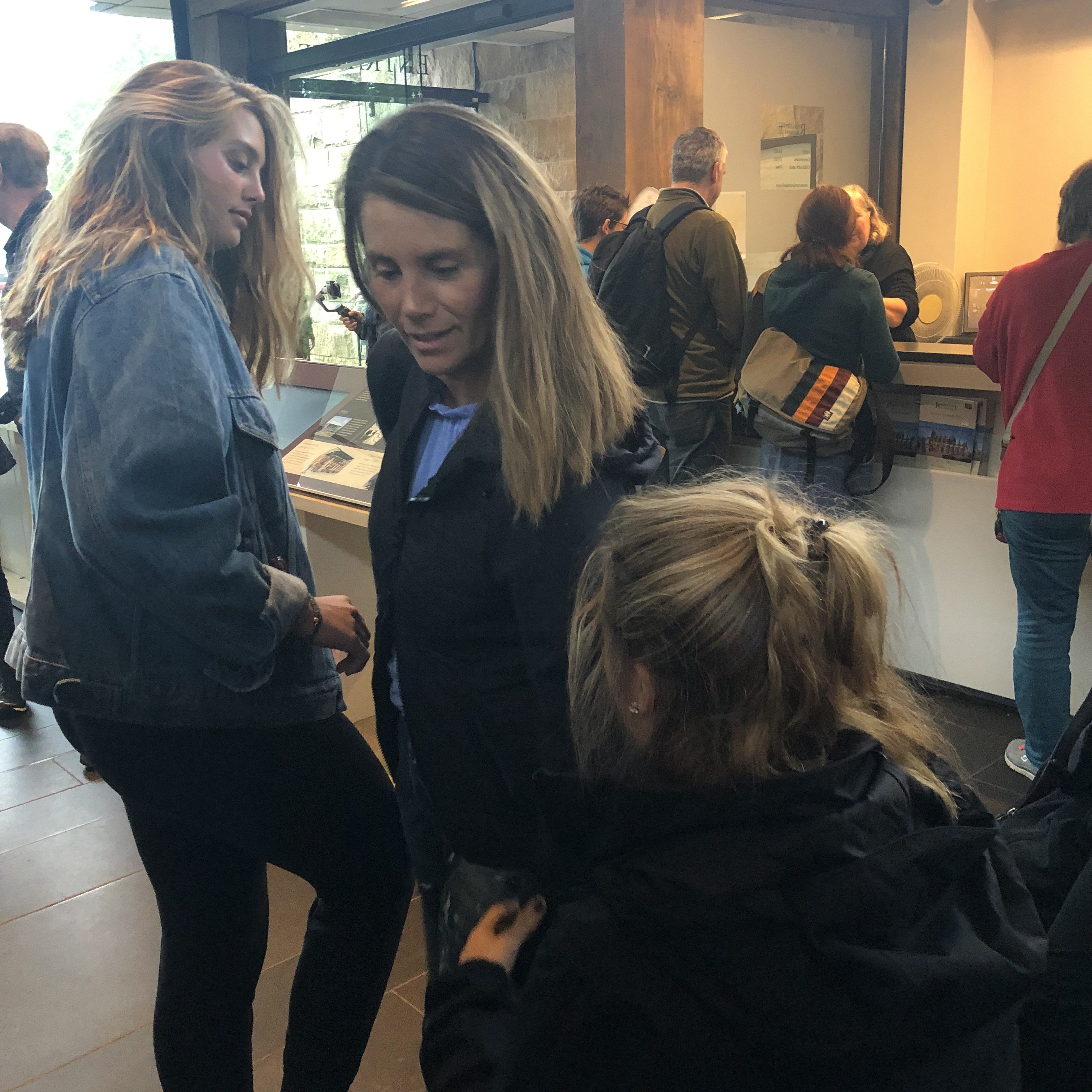 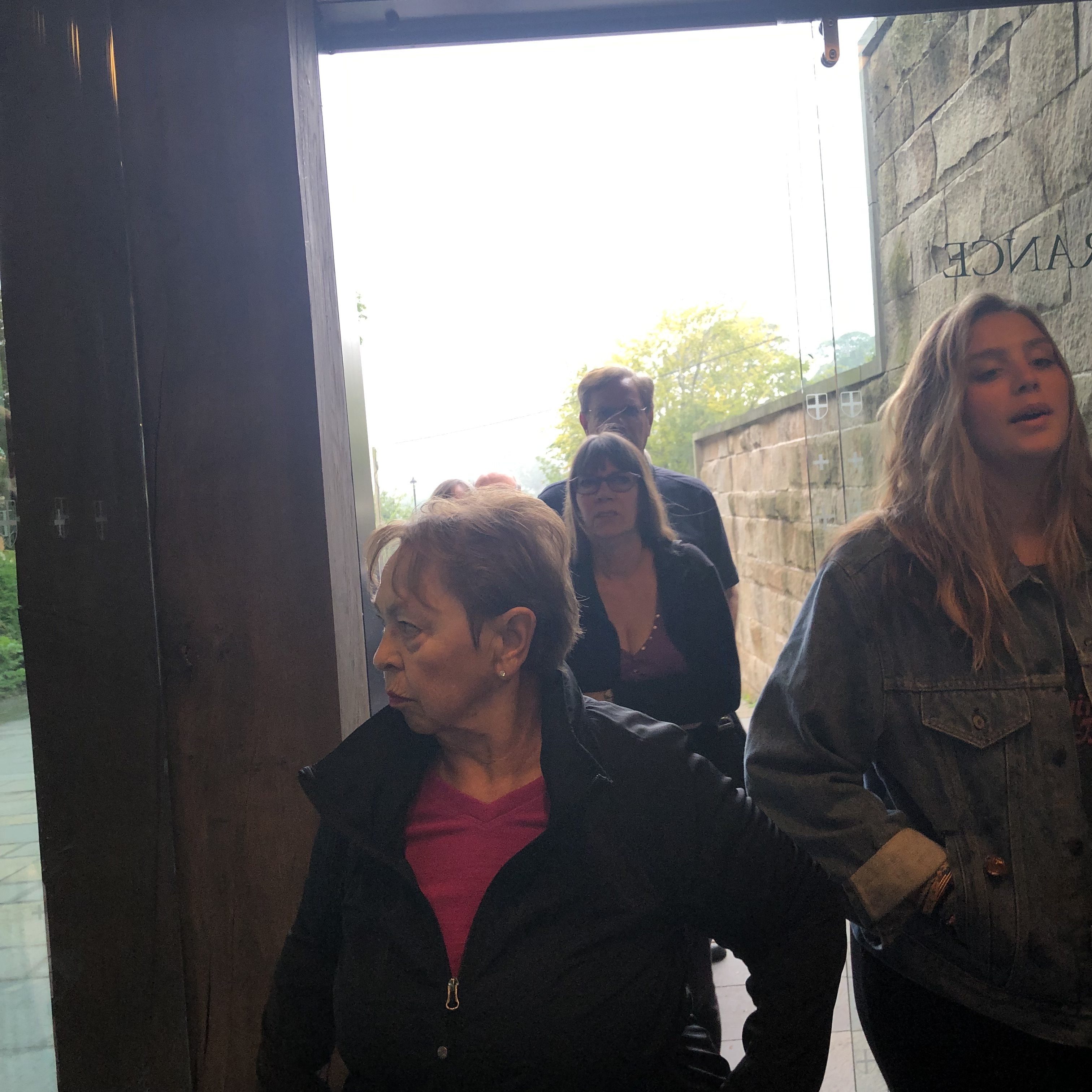 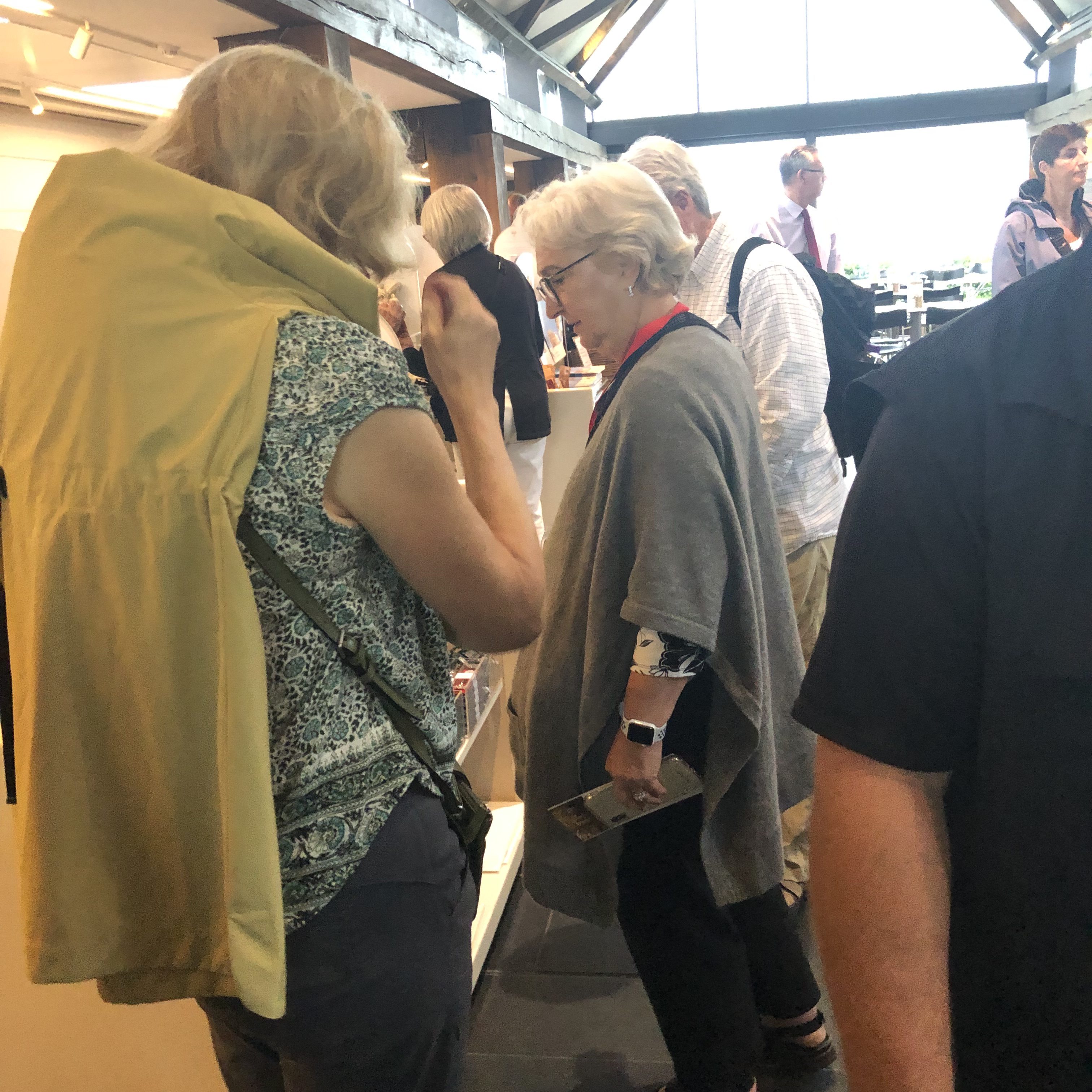 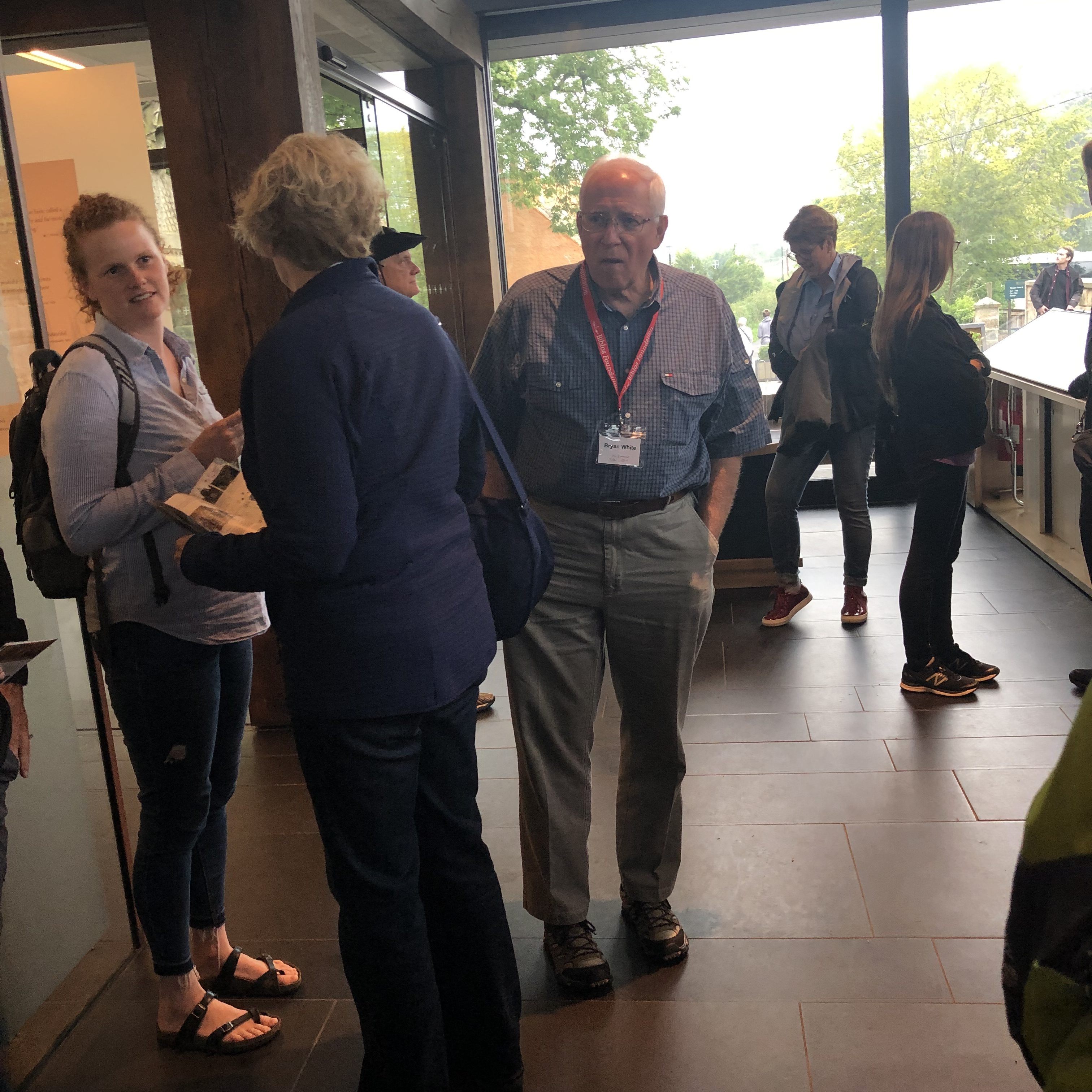 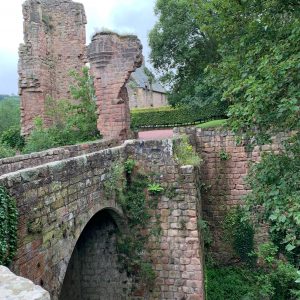 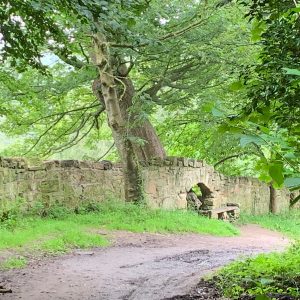 We again, found the Hotel Chocolate same as the one we went to 3 times in Glasgow. As you can see, this drink is difficult to pass by. 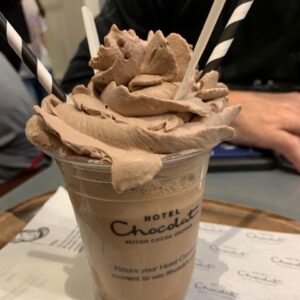 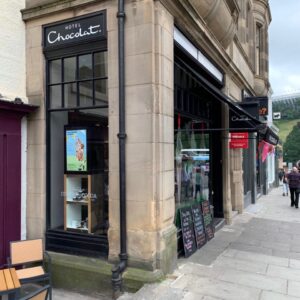 Flowers are all over the city. The thistle is the state flower – 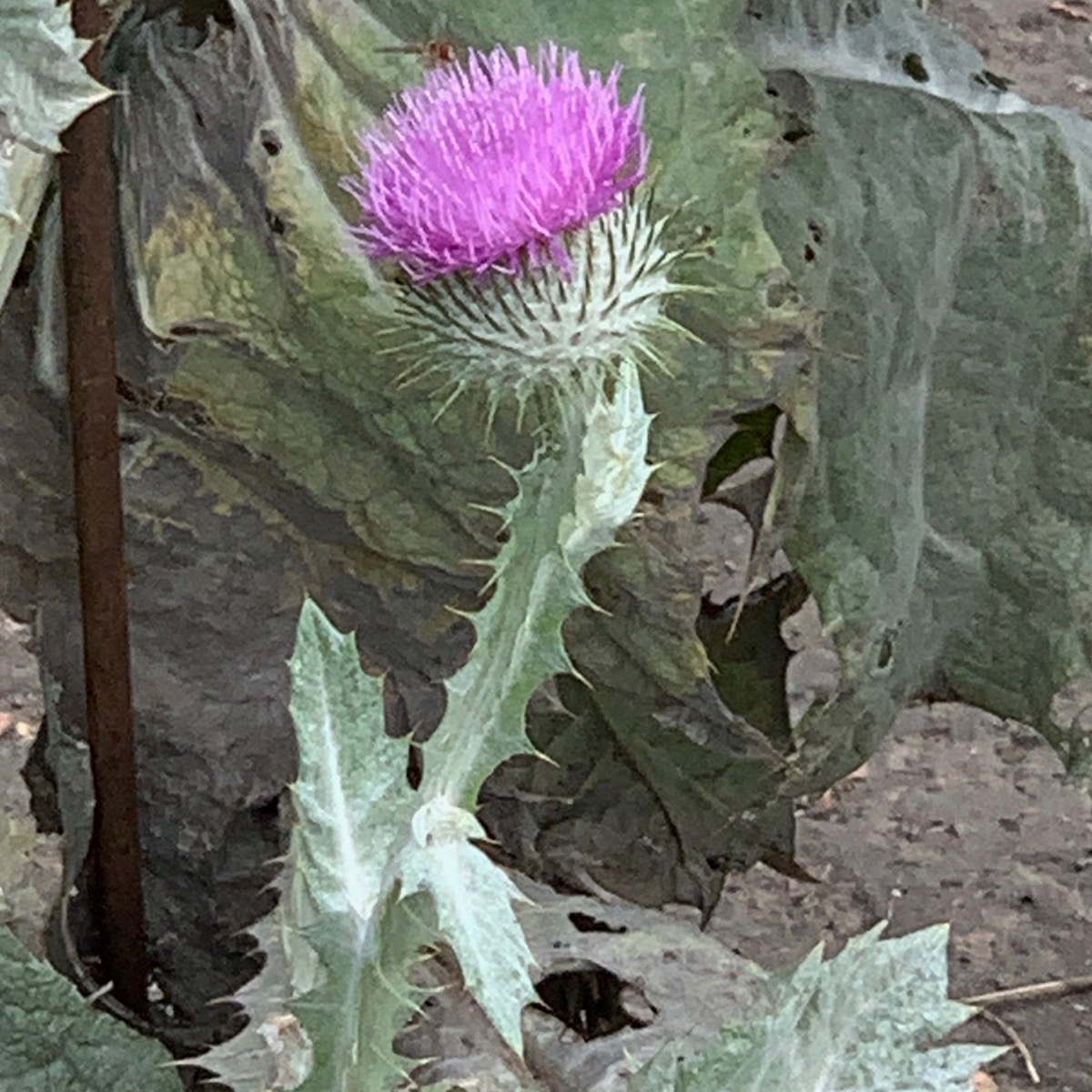 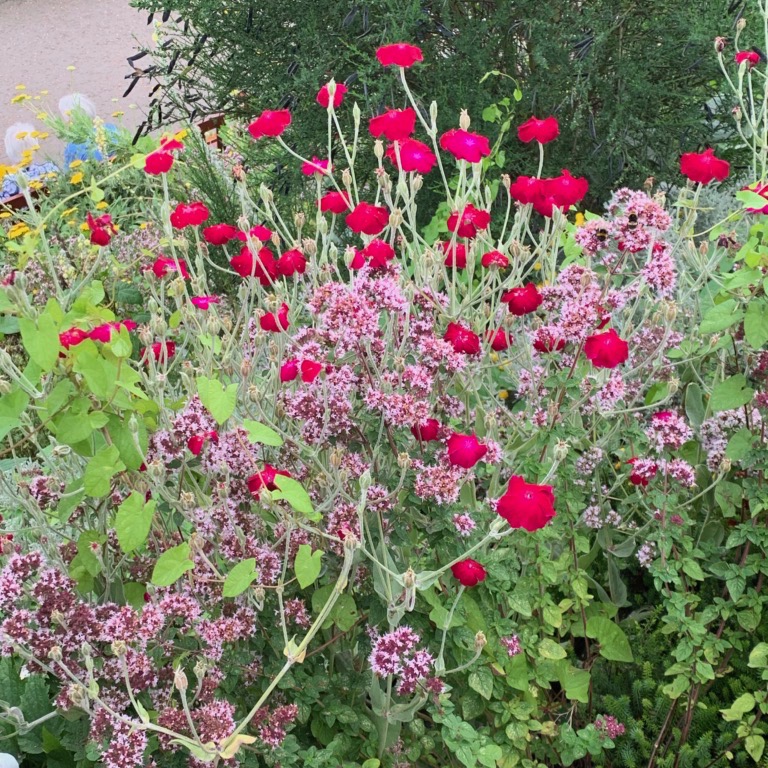