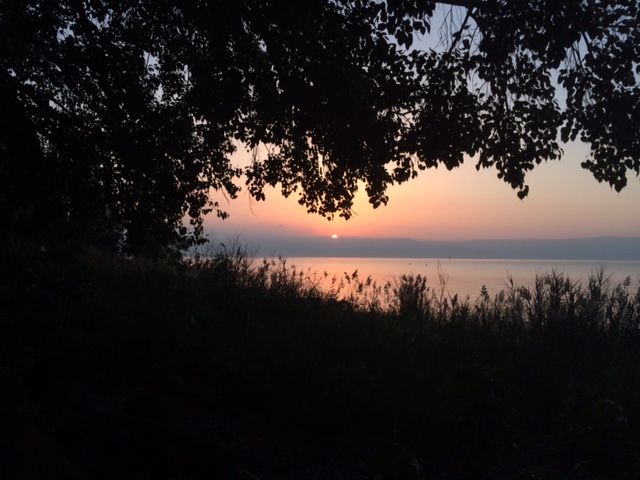 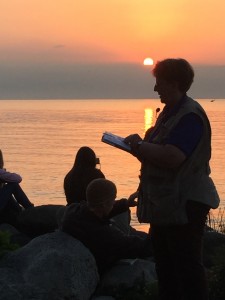 Today began in the wee early hours of the morning with a 4:45 am wake-up call! Our purpose was to witness the dawn over the shores of Galilee. We gradually relaxed into a quiet, prayerful state, listening to the gentle lapping of water upon the shoreline while Kristy shared some metaphysical ideas about the morning meal that took place around this same beautiful lake. 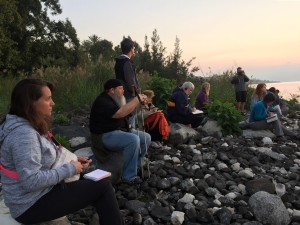 Slowly, you could start to see the peachy glow crawling ever so slowly upwards in the distance.  The golden globe of the sun peeked over the mountains of the Golan Heights, into a beautiful sunrise of pink, peach and yellow against an indigo sky. The timing could not have been more perfect! 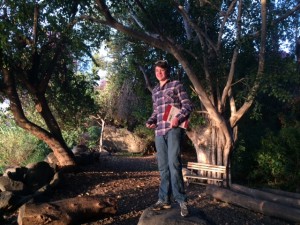 Afterwards, we drove back to the Ramot Hotel for breakfast and to put our luggage on the bus. 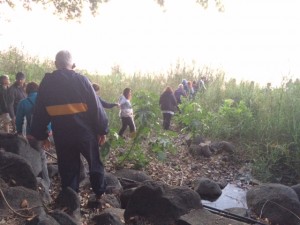 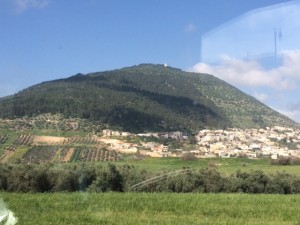 Our next stop was Mt. Tabor, the traditional site of the Transfiguration. 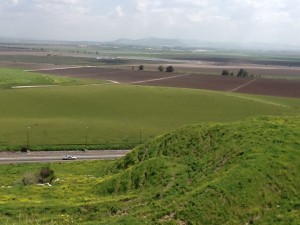 Mt. Tabor is a high large hill on the northern side of the Valley of Jezreel and was the site of many Old Testament battles. In 1101 C.E. the Crusaders rebuilt a ruined basilica and erected a fortified abbey. Today there are two Christian monasteries, one Roman Catholic and one Greek Orthodox.

Kristy delivered a deeply inspiring talk on the top of Mt. Tabor and we left feeling fully fed and inspired. 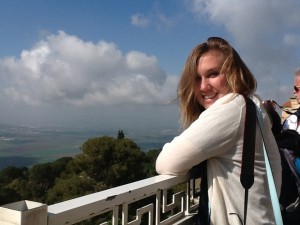 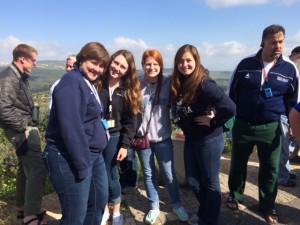 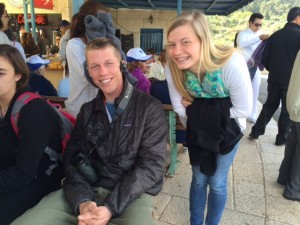 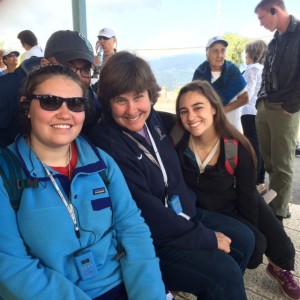 Next we drove west to “Tel Megiddo.” 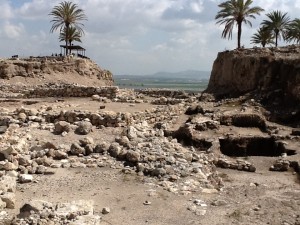 A ‘tel’ is a large man-made mound of earth where cities have been built and rebuilt on top of each other through the millenniums. There are thousands of tels in the Middle East that have not been excavated. 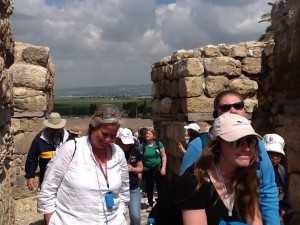 Archaeologists have spent years excavating Tel Megiddo, a huge Old Testament site, that stands over the entrance to the Valley of Jezreel. This is one of the strongest military fortresses in Biblical history. 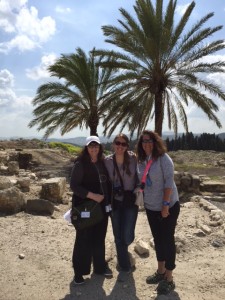 This ancient city governed the trade routes through this area, and it was the entrance to the pass (Jezreel Valley); therefore, it was always highly desirable to conquer and defend. 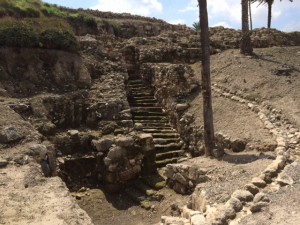 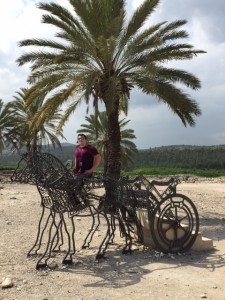 History of the Jezreel Valley area spans a staggering 9,000 years, originally settled by the ancient Canannites beginning around 7,000 B.C.E. More battles have been fought across this valley than any other spot in the world, even as recently as 1918. It is even believed to be the physical location of where “Armageddon” will be fought in the future. Kristy’s talk on the thought behind Armegeddon and Megiddo was wonderful, and we ended it with the singing of Hymn 12, “Arise ye people, take your stand, cast out your idols from the land. 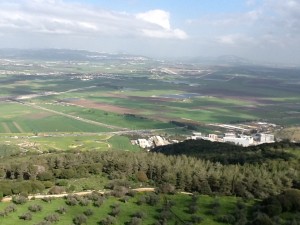 Next was a lunch stop near  Mt. Carmel, where we ate in a Druze restaurant. Most of us had falafal with a salad bar, and it was very good. 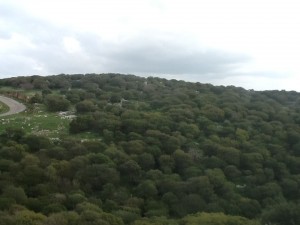 It was so clear with a bright blue sky that we could clearly make out the golden farm fields bursting with grain, the neatly lined bright green orchards, and the lush palm tree and banana plantations. Both Old and New Testament Bible history has taken place here, spanning over 5,500 years! 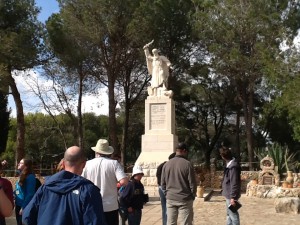 High on top of this mountain is the probable place where Elijah challenged the native Baal worshipers to a contest of proving their gods existed, when he commanded them to pray to their gods to make fire in their altars.

Our Hotel this night was called “The Seasons,” in Netanya, a city outside of Tel Aviv. We had beautiful rooms high up over the Mediterranean Sea.