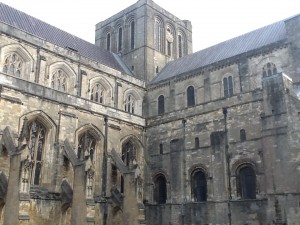 This morning we drove out of London around 8:30 in the morning. About an hour and  half later we came to the town of Winchester, once the ancient capital of Britain during the Roman times and after.  It was built on the River Itchen in the southwestern part of England. Originally, Winchester was developed from a Roman town. Alfred the Great settled here and won many great battles around this area. He was one of the first major kings of England during the Dark Ages in late 9th century, who was known for successfully defending against 25 years of battles against the Vikings which finally drove them out of England for good. 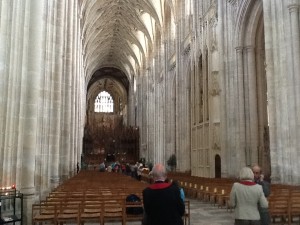 Winchester’s major landmark is the Winchester Cathedral, parts of it originally built in 1079. (Remember William the Conqueror landed on the beaches near Hastings in 1066). One side of the church is Romanesque with rounded windows and larger round columns while the other side is Gothic in style with flying buttresses and pointed windows. It is absolutely spectacular. The longest central aisle in Europe belongs to this cathedral and many monarchs and distinguished people (such as Jane Austen) have been buried here.

The town of Winchester is one I could spend more time in. The River Itchen flows through it like a crystal clear bubbling Colorado river. Beautiful parks with bright colored flowers are everywhere. The timber constructed houses are medieval and charming. Most of us found wonderful tiny places to eat our lunch and then strolled through the outdoor markets down High Street. 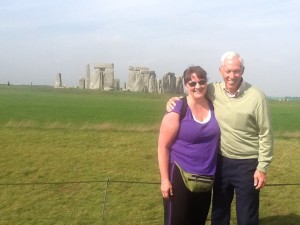 Next on our agenda was a tour through the Salisbury Plains, crossing through golden wheat and barley fields until we came to Stonehenge. Stonehenge is arguably one of the most famous wonders of the ancient world alongside the Pyramids. This is a prehistoric monument located in the English fields of Wiltshire. Archeologists are always trying to determine what year this magnificent structure was built and many think it was pre-pyramid times, maybe 3000 B.C.E. In its day this was an impressive engineering feat requiring huge amounts of manual labor. Just like the pyramids, Stonehenge is shrouded in mystery about the origins, the uses, religious or otherwise, and definitely the purpose. The accuracy of the layout has proven it’s astounding astronomical qualities especially during the summer and winter solstices with the sun pointing directly into the stones on certain times of the year. But beyond what has been proven mathematically, no one really knows for sure why these stones were created in the first place. The largest stones of the outer circle believed to have been from an area about 20 miles away, some of them over 30 feet and weighing over 25 tons. The smaller, bluish stones of the inner circle are believed to have been brought from western Wales, about 150 miles away weighing about 4 tons each. Obviously no one has proven a theory of how they were able to bring them to the middle of the British plains. 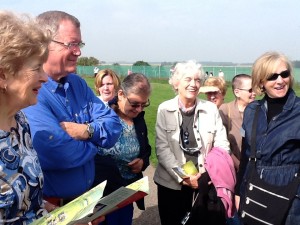 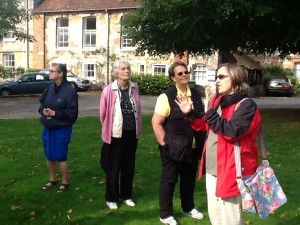 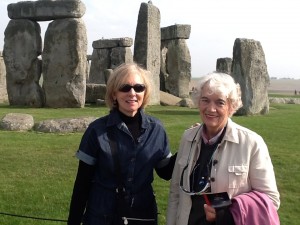 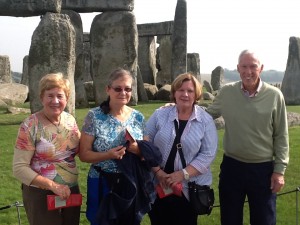 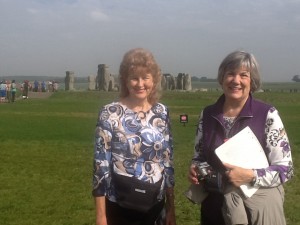 After this, we drove through driving rain (our first on the trip) through Devonshire, south and down into the seaside areas. There were many Bed and Breakfast places alongside the roads as we came into Torquay and other tiny towns. Our destination was Dartmouth, an ancient fishing village along the River Dart, where we road a ferry across the river right into the parking lot of our water-side Hotel. We are looking forward to walking through this adorable river-side village.