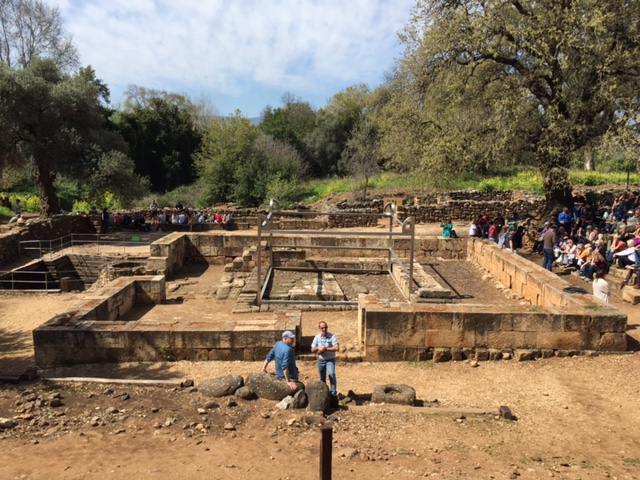 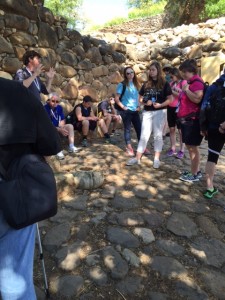 Our first stop was a nature walk through the Dan Reserve Park that segues right into the ancient archaeological site of Tel Dan. This site is one of our favorite locations. We casually strolled through the wild forested area, paralleling the stream of Dan, one of the 3 sources of the Jordan River (all originally from the snows of Mount Hermon). 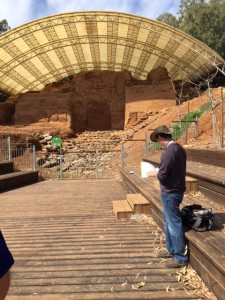 Eventually we left the River Dan to open up right into a wall of ancient yellowed stones, the ancient city of Dan. This site represents one of the only places where scholars can legitimately claim that Abraham probably walked through while hoping to save his brother Lot. It is speculated that since the city was a major well-developed Canaanite border city, with a direct road from Damascus, Abraham could’ve walked through the oldest archway gate excavated to date called the “Mud Gate.” It was built as early as 4,000 years ago (Abraham around 1900 B.C.E.). The Bible tells us that Dan is the northern most city of Israel, Beer Sheba, the southernmost city. (“from Dan to Beer Sheba”) 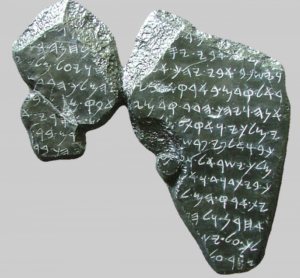 In 1994, the Tel Dan Stele was discovered here, an incredible archeological find. A stone was discovered with an inscription of the King Hazael of Damascus, and it contains an Aramaic inscription commemorating victories over ancient peoples including “Israel” and the “House of David.” This is the first time the name “David” has been found at an archaeological site and is the only authentic reference to the biblical King David. It is an amazing discovery! 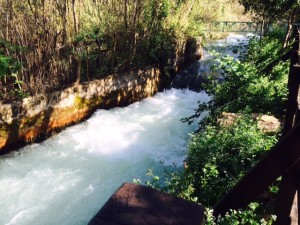 Next we jumped off the bus nearby to quickly “run” down the slippery, muddy 90 or so ancient stone steps (obviously we had to go more carefully), to see the second main source for the Jordan River, Banias Falls. Normally, the site is spectacularly beautiful with a major waterfall cascading down rocks, but today it was even more magnificent! 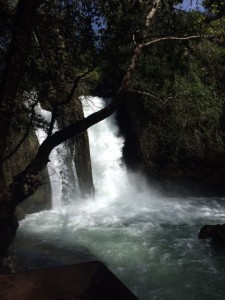 With so much rain and snow melting from Mt. Hermon, the falls were roaring and thundering. The rocks that normally you can see water gently flowing over, were actually hidden from view. The water gushed over them with such ferocity, all of us (being the ones who have been there many times, including our guide) gasped at how we had never seen it this powerful. The water was rushing so fast with such force, it reminded us of a mini Niagra Falls.

The site of Caesarea Philippi takes a bit of vision, because what is there to see is not what was there in Jesus’ time. It was an ancient Hellenistic-Roman City at the base of Mt. Hermon and is mentioned in the Gospels. Near this location is where Peter acknowledges Jesus as the Messiah. This site is located, approximately 120 miles from Jerusalem, and we can see at least the area that Jesus might have retreated to for prayer with his disciples just before the crucifixion. 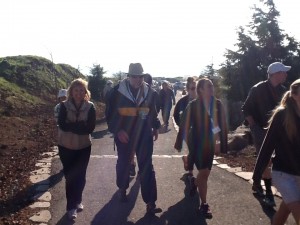 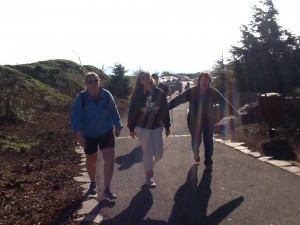 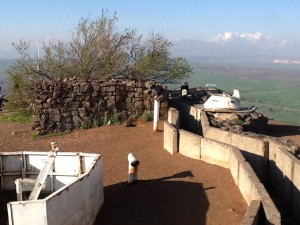 Our final treat for the day was taking a jeep ride up into the Golan Heights near the border of Syria. 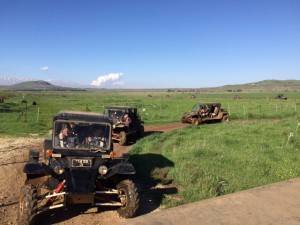 We followed a lead jeep, while we all trailed behind in our own jeeps with one, two, or three passengers. 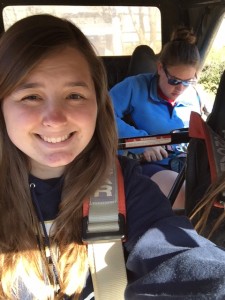 The roads were bumpy and fun. We saw a building that Israeli soldiers had used for training in the area, all pocked-marked with bullet holes.

Up on top of the building a man told us about the surrounding area and we could see the UN station in the far distance, where Syria and Israel have their border. We drove down the road in the bus and up on top of one of the volcanic mountains nearby, where the Israelis took the hill in 1967, lost it in 73′, and retook it later for good. 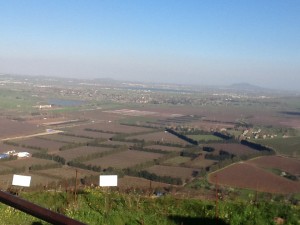 There is a bunker on top that has been changed into a little tourist area, and we could see for miles and miles around. 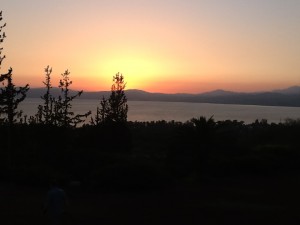 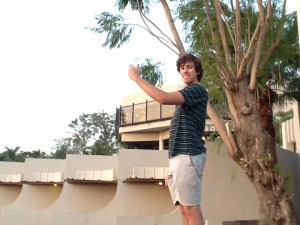