Today we visited the Mausoleum of Galla Placidia and the Basilica of San Vitale in Ravenna, Italy. Both have beautiful mosaics in blues, greens, reds and golds.  These are very old – 500s – and contain depictions of Jesus as the good Shepherd which comes directly from the Gospel of John. 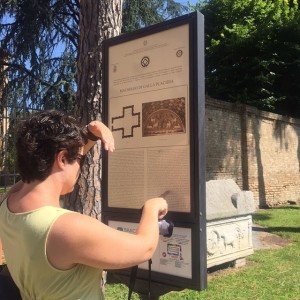 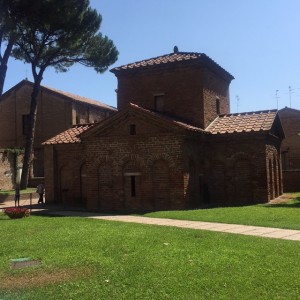 In the Mausoleum, he’s sitting among his flock.  It’s a very sweet image to behold: 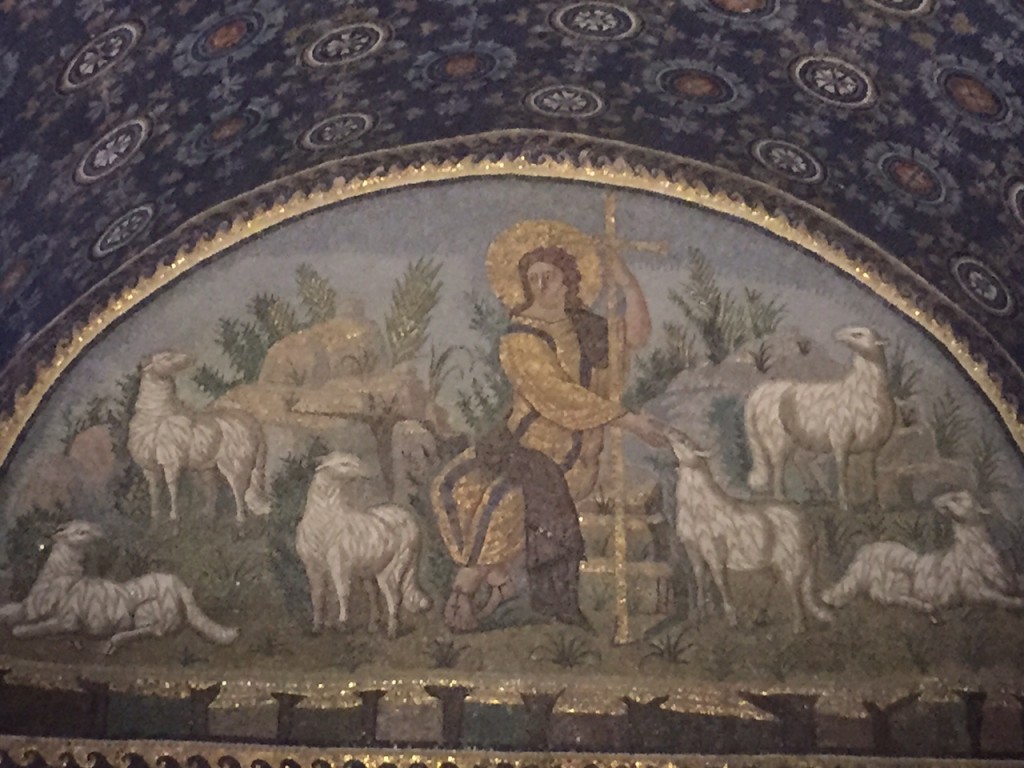 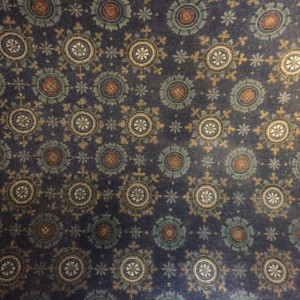 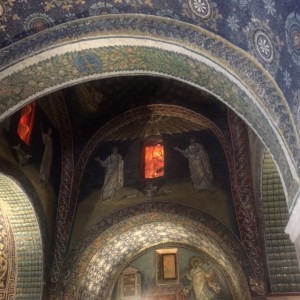 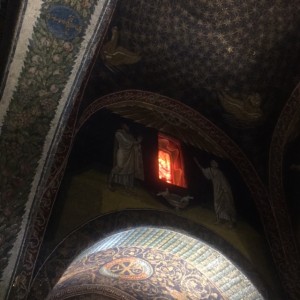 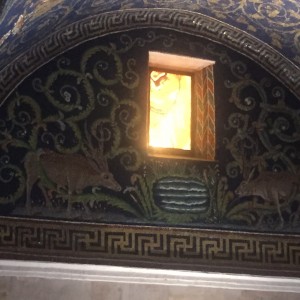 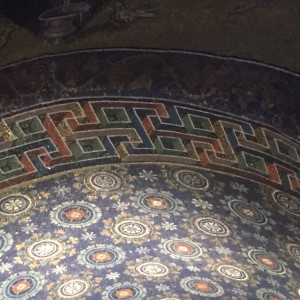 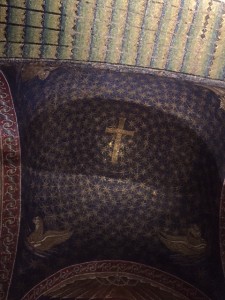 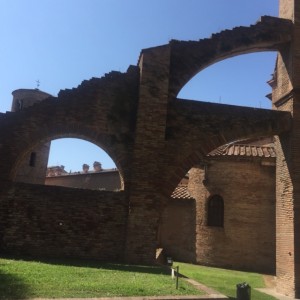 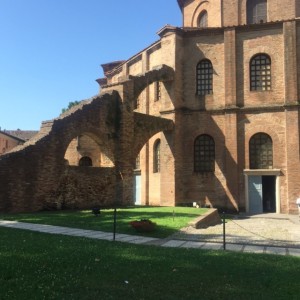 In Basilica of San Vitale, again we find majestic mosaics. (The Basilica of San Vitale is a church in Ravenna, Italy, and one of the most important examples of early Christian Byzantine art and architecture in western Europe.) Here, one of the mosaics shows Jesus holding the book of Revelation with the seven seals visible.  There are other scenes from the Old Testament, specifically ones that prophesy the coming of Jesus and his sacrifice. 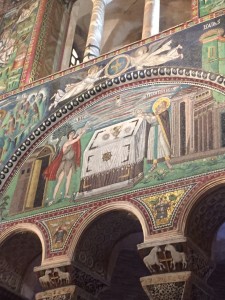 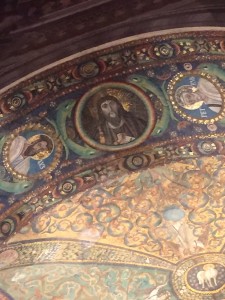 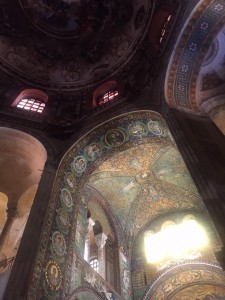 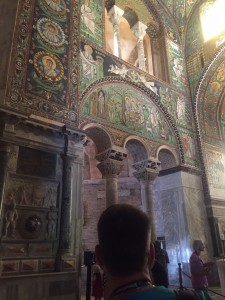 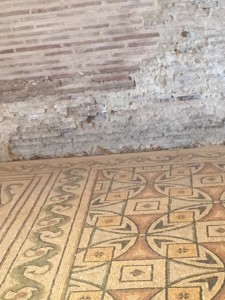 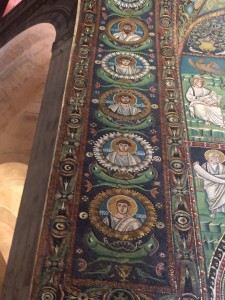 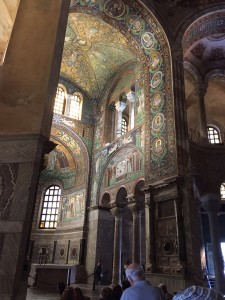 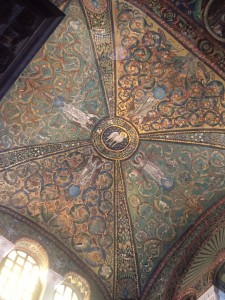 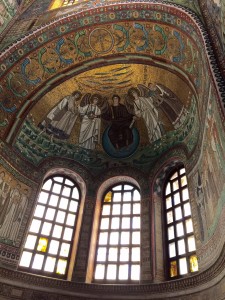 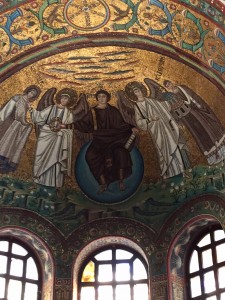 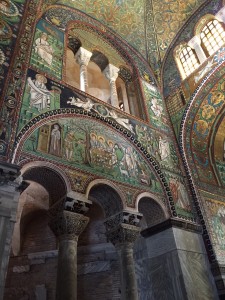 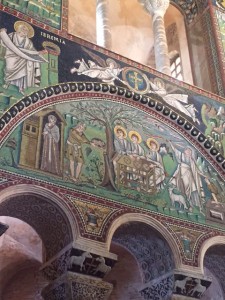 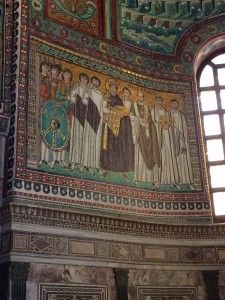 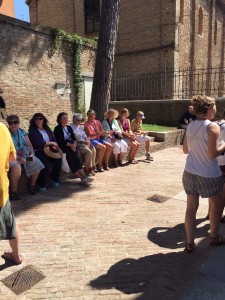 Then part of the group went to Sant’Apollinare Nuovo Classe and saw more beautiful mosaics. The Basilica of Sant’ Apollinare Nuovo is a basilica church in Ravenna, Italy. It was erected by Ostrogoth King Theodoric the Great as his palace chapel during the first quarter of the 6th century. 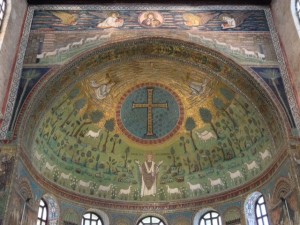 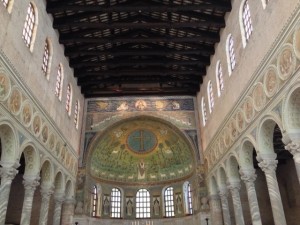 This arch was the only thing left standing after WW2: 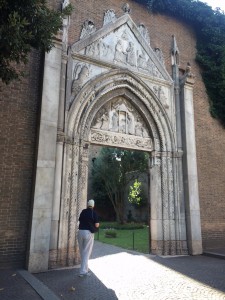 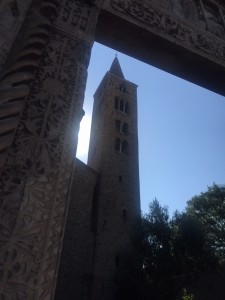 This was our last day of touring. Some of us will leave for Venice tomorrow on Saturday; others go back to Rome.