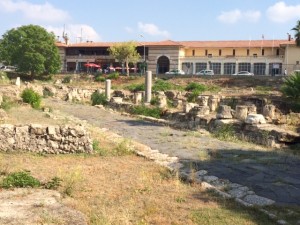 This  morning we drove a few hours and arrived in the area of ancient Tarsus. Tarsus was the original home of the Apostle Paul (Saul) and an ancient learning center. Tarsus was also known for making a certain kind of felt cloth from the wool of shaggy black goats. During the time of Pompey in 67 BC, Tarsus was made capital over the Roman province of Cilicia, and Jews began to receive Roman citizenship. Paul’s family was granted Roman citizenship. Interestingly, Paul’s trade was tent making. 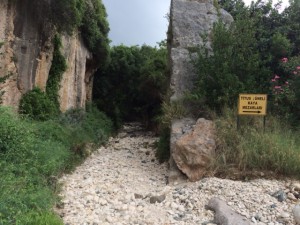 Paul was born in Tarsus, but went to school in Jerusalem in the Temple under Gamaliel, a member of the Sanhedrin. All of his life, he was a student of the Torah and was a trained Pharisee, zealous for the Law. Any Jew who lived contrary to this Law, he was zealous against, and when the Christians began growing in numbers, he was given permission from the Temple to go after them with fervor. Our guide and Kristy gave us many new insights into Paul and his upbringing and his conversion to Christ. It was amazing to see the actual gates he probably walked through and the Roman road he most likely walked on.

The terrain around northern Tarsus and for about forty miles north was through mountain passes called the Cicilian Gates. The mountains were huge, 9,000 feet high all around. To think Paul traveled through these narrow passes several times was amazing. I just had no idea that there were mountains like these in Turkey. On the other side of the mountain range was flat, dry land similar to Kansas or New Mexico. However, they irrigate the land with tons of water, and there are farms of wheat and barley, potatoes, and beans, etc. for miles and miles around. Our guide said this ancient breadbasket was often the reason armies flooded through here, to capture the food that was available. 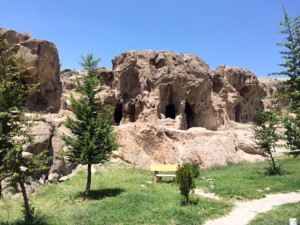 We drove also to a small village which houses an ancient monastery called “The Gumusler Manastiri”.  It was built in rock cliffs and underground. Scholars are thinking it was built in the 8th – 12th centuries. It had some of the best preserved frescoes on the walls that I have ever seen. 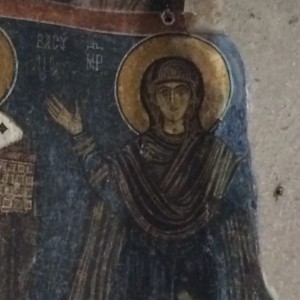 There was a Chapel with several depictions of the Virgin Mary around the small room, and the paint was still vivid and colorful. 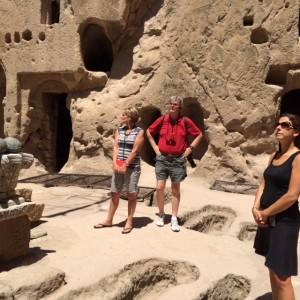 Finally, we ended up in Cappadocia to see Kaymakli, one of the Underground Cities. There are 36 underground cities in Cappadocia and the widest one is Kaymakli Underground City. The people of Kaymakli constructed their houses around nearly one hundred tunnels. The city consists of 8 floors below ground, but only 4 of them are open to the public today because of the ventilation shafts. The Christian church grew rapidly in this area and during persecution, Christians would hide out in the rocks and caves beneath the ground. Churches and monasteries were built through there also. It was about 62 degrees underground with miles and miles, of nooks and shelves and rooms.

Tomorrow about six of us are going to get up at 4:00 am to go on a balloon ride over this area.
Should be fun!!!!