Today we wanted to be the first to arrive at Capernaum before the crowds. We drove this morning to the site where more of Jesus’ healings took place than any other site. Immediately off the bus we started out tour of the site before the other buses arrived. Eitan guided us around the site. We saw the main two buildings, the ruins of the house of Peter and a 3rd-4th century synagogue built on top of a 1st century synagogue. In the house of Peter, archeologists discovered fishing hooks and graffiti on the walls showing fishermen with the writings of “Petros,” (for Peter), and Jesus. 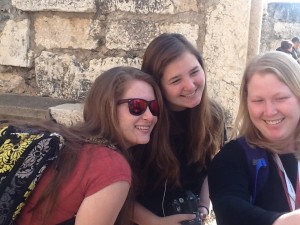 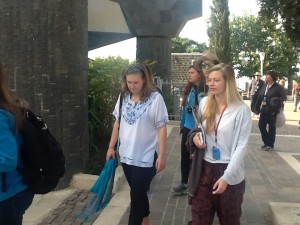 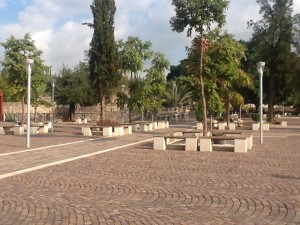 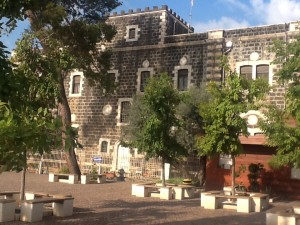 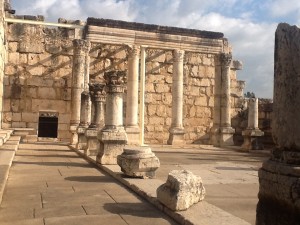 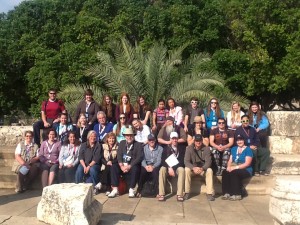 A Roman Catholic Church has been built as a shell of a building over it, and it’s difficult to walk around and see the ruins fully underneath. It probably protects the site from erosion, but it is an ugly building that keeps us from viewing it. Located to the north of Peter’s house is the later synagogue, built over the site of the earlier synagogue in Jesus’ day. It is possible the 1st century synagogue could’ve been paid for by the Centurion who asked Jesus to heal his servant in Luke. 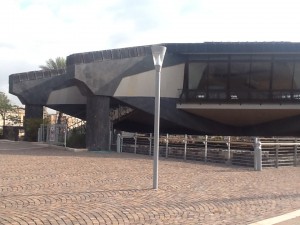 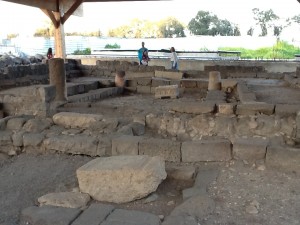 Then we walked to the shoreline of the water, a beautiful and serene spot so that Kristy could share another one of her inspiring talks with us. 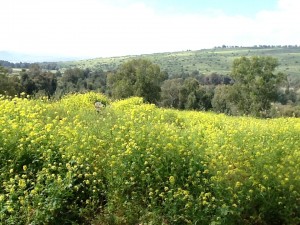 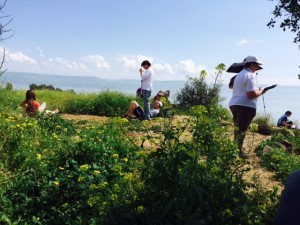 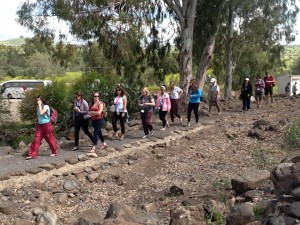 After our tour and talk at Capernaum, we drove around the lake to Bethsaida, which is one traditional site of the feeding of the 5,000. No one ever goes there, even though it’s one of my favorite spots. Kristy’s talk includes the 5,000 and also the healing of the blind man that Jesus takes out of the city to the hill. It takes two treatments to heal the man, the first where he sees “men as trees walking.” 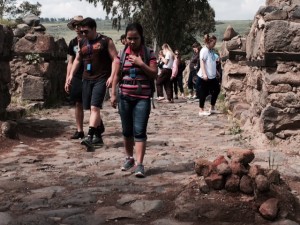 Bethsaida was the original home of four of the disciples before they moved to Capernaum to be in the fishing business together. (James and John, Peter and Andrew). Philip also was from Bethsaida. 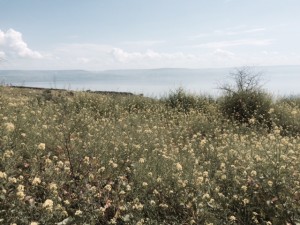 We were able to arrive at the Mt. of Beatitudes before numerous buses were in the parking lot. One time in the past we counted literally 38 buses there with pilgrims from all over the world from Christian faiths who stop to hold mass.

Immediately we turned right before the church parking lot, all encouraged to file out and Eitan led us a quarter of a mile walking down the hillside on a quiet path that overlooked an expansive 180 degree view of the Sea of Galilee. Nestled onto the path was a small circle of large rocks that we were able to sit and listen to another talk shared by Kristy. It was quite a spectacular location. The birds chirping, the bright sun warming us, and the cloudless sky; it didn’t take much to be transported back almost 2,000 years ago when those words given by Jesus were first spoken. It was a beautiful alternative to a church edifice setting.

After descending the last bit of a particularly rocky and steep last part of the hike,we got on the bus for a mile ride to the restaurant where we ate either a salad bar, or different versions of “St. Peter’s” fish or chicken. It was quite tasty. 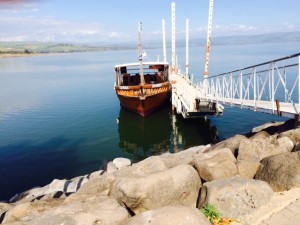 Then we drove again to the Galilee Boat Museum to take the Boat Ride. The lake is a big “bowl” which dips down a couple of hundred feet below sea level. It was the most perfect timing and couldn’t be more beautiful in that we could see the other side of the shoreline which usually is kind of hazy. But the boat ride always becomes an essential highlight of the trip. Kristy asked the captain to pause, turn off the engine so that there’s only the sounds of lapping water and wind, while Kristy gave an inspiring talk on the events and healings that occurred here on or near the Sea of Galilee. 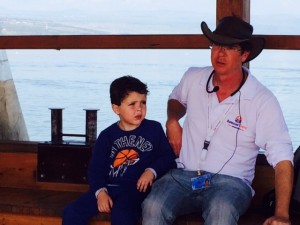 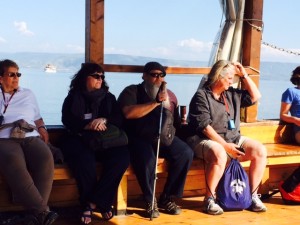 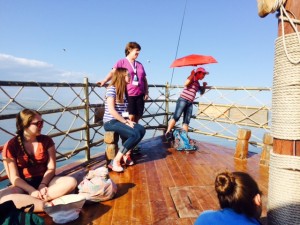 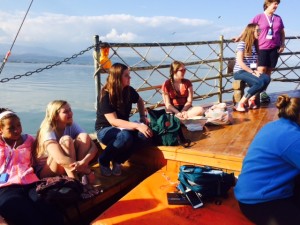 Next on the agenda was a short hike up the Mt. Arbel Pass. Mt. Arbel is one of two large “mountains,” (in Israel they are more like very large hills), the second being Mt. Nitai. Our guide Eitan named both his sons for these hills: Nitai and Arbel. This was the very route that Jesus would have walked as he went west into the Valley of Jezreel, and further to Nazareth, and other cities like Cana and Nain. 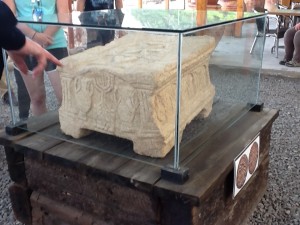 Our final stop for the day was Magadala a recent archaelogical dig at the base of Mt. Arbel. This city was known for its salted fish that was imported all over the lake, plus Rome, Masada, etc. They have just discovered a first century synagogue that Jesus certainly walked in and perhaps taught in. This is the home of Mary Magadalene.

Finally we made it back to the Hotel for a late dinner and early rising.