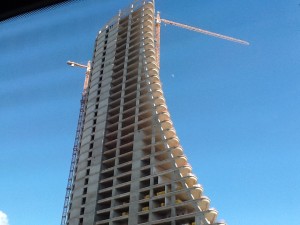 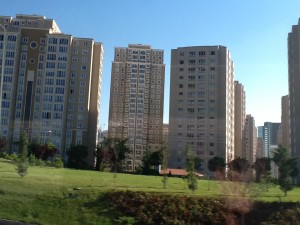 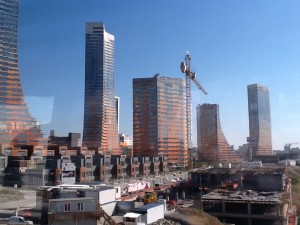 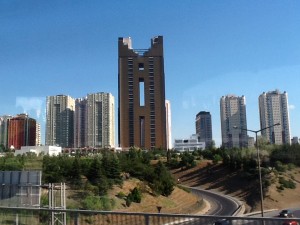 After a short night’s rest, we drove from the city of Antakya, or Antioch, to the Port of Seleucia, (named “Seleucia” in Paul’s time). Today, Antakya is near the border of Syria. Syria is about 40 miles away from this area. On the plane from Istanbul, I sat next to a young couple from here who were just returning from their honeymoon.  He was a captain in the Turkish Army and she taught English in a Middle School here. He told me that there is no fighting on this border, but there are thousands of refugees pouring over the border into Turkey for refuge. There are camps set up somewhere about twenty miles south of here,  but we did not see them.

Seleucia was founded by one of the generals of Alexander the Great in 301 BCE. It was the seaport through which Paul and Barnabas left with John and Mark for their first missionary journey in 43 AD. We were able to see part of the ancient harbor and sat on these rocks to hear Kristy’s talk on this subject.

We hiked up an area at the Port of Seleucia through the beautiful nature preserve to see the tunnels built by Titus in the late first century. Titus was the general who razed Jerusalem to the ground and destroyed the Temple (Herod the Great’s Temple) in 70 AD. Here, in Seleucia, Titus constructed a long tunnel through the rock to let water through to the sea. It’s amazing that these places are still here for us to see and appreciate centuries later.

Antioch was the place where followers of Jesus were called “Christians” for the first time. There was a huge Christian community developing here, and Paul stayed and taught here for about a year before he left for Cyprus with Barnabas.

We also saw the site of the rock carved Church of St. Peter, a site of Christian pilgrimage. Peter might have preached in this cave along the side of granite cliffs. We couldn’t go into it because it is closed for renovation. After this we drove the 32 miles back to Antioch for lunch.

In the afternoon we went to the Archaeological Museum of Antioch, which was really tiny, to see mosaic floors from the first century. Then we rode through the countryside for about two hours until we arrived in Adana for the night. The countryside was very fertile filled with all kinds of crops and fruit trees. This land is totally different than I had imagined it. It’s super clean and just lovely, and the people are warm and friendly. No desert anywhere. It appears to be prosperous and thriving.

We will leave to visit Tarsus tomorrow and then make the drive to Cappadocia.