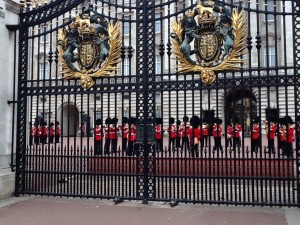 Today was a rather strenuous walking day. Everything we saw was within walking distance of our wonderful St. Ermin’s Hotel, but everything also required walking a lot inside buildings as well as outside. 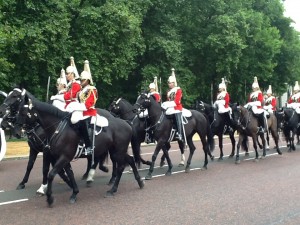 Our first stop was Buckingham Palace the home of the Queen. As we rounded the corner to get inside the entrance, we were stopped by police and a huge crowd as the “Horse Guards” were riding down the street in their fabulous red and black uniforms and lovely prancing horses. They had just come from the Palace where the ‘Changing of the Guards” was taking place in front of it. We had a perfect spot to view them as they rode by and then another wonderful place to see the front of the palace for pictures. We had a short line to get inside, checked our backpacks, got our individual microphones and proceeded to walk through the Palace at our own pace. One could probably spend hours inside there is so much to look at, but we all managed to get out in about an hour and a half. 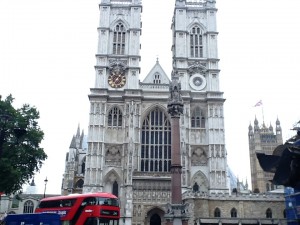 Next we walked to Westminster Abbey. Nearby in the Central Methodist’s Hall, we found a small tea room tucked into their basement. Our guide was aware of it, and it was less expensive than some other spots. We could all get a quick bite to eat before our tour in the Abbey started.

Sarah, our guide, carefully took us through the church areas pointing out where Kings were buried, where the Poets and Scientists were buried and different interesting bits and pieces. Westminster is a Gothic style church built between 1042 and 1052. The present church was begun in 1245 by Henry III who had selected this site for his own burial. Henry VIII granted the abbey the status of a cathedral in 1540, thus sparing the ancient cathedral during his campaign against the destruction and dissolution of the monasteries throughout England. Westminster was a cathedral only until 1550. It was in this Abbey that the King James Bible Old Testament and the last half of the New Testament were actually translated by a large group of scholars and academics. 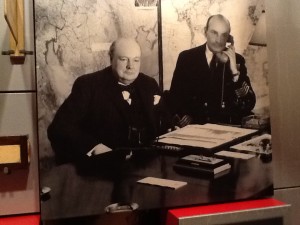 Finally, we took a short walk to the Churchill War Room Museum. The museum comprises the Cabinet War Rooms, a large secret underground complex where Churchill and his government ministers conducted the war. These rooms look as if the people had just gone on a break, everything is left just as it was when the men and women walked out on the last days of the war. In total 115 Cabinet meetings were held at the Cabinet War Rooms, the last on march 28, 1945, when the German V-weapon bombing campaign came to an end. Fascinating stuff!! 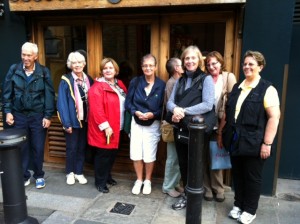 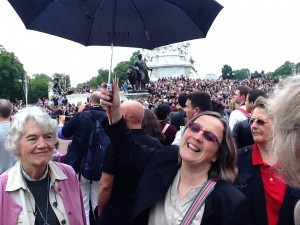 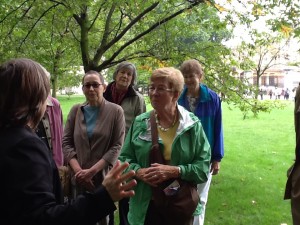 Everyone was on their own for dinner, some of us came back to the Hotel bringing a sandwich from one of the famous sandwich stops. Tomorrow we have a special tour of the Parliament rooms in Westminster. Not every tour gets to see this, so we are very excited.