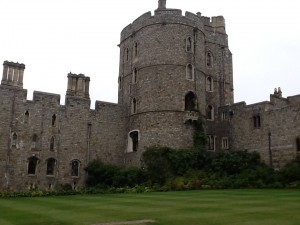 Today we decided to change our plans and skip the Gardens at Hampton Court and spend more time at Windsor Castle. The Gardens were not in great shape according to our guide Sarah, since the flowers are on their way out of the summer season. So at 9:00 sharp we climbed onto our very comfortable bus to drive west of London out to Windsor Castle, about twenty miles. On our way to Windsor, Sarah pointed out where we drove past a wide field called Runnymede, and informed us that was where King John and his Barons signed the Magna Carta in 1215. The Magna Carta was a monumental document in history, because no longer could a king of Britain reign supreme autonomously (like France), but his powers were limited and citizen’s rights protected (baron and upper class of course). King John was forced to sign this declaration but it set the stage for a Parliamentary rule centuries later and also inspired the American legal system. 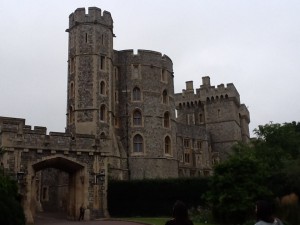 Windsor has long since been associated with the Royal family residencies since it was originally built by William the Conqueror in the 11th century, and has been added to and redesigned over the centuries. Since it is one of the residencies of Queen Elizabeth, we were able to walk through on the tour because she is spending her annual vacation at her home in Scotland. During the year, she usually spends every weekend at Windsor and the weekdays at Buckingham Palace in central London. Windsor Castle is located in heart of the town of Windsor, along with Eton College (the posh boy’s high school just down the hill where Princes William and Harry both attended). The town of  Windsor is along the River Thames and has extremely expensive homes along the water. The castle is set high on a hill nearby and is just massive. The Queen’s state apartments were available for us to walk through. There are quite a bit of formal rooms, very plush and expensive. Some of us also waited in a line and walked through the “Doll’s House” which was very entertaining. 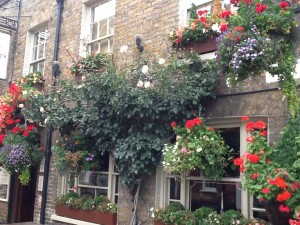 After seeing Windsor Castle, we walked a bit around the town and found a  place to eat. Our group ended up in “The crooked house” which has been in the town since the 1400’s. Next we drove back to London  to visit the British library.

The British Library is the national library of the United Kingdom and houses an enormous research library of over 150 million books and valuable manuscripts. We went to a treasure room that houses biblical treasures. There we saw a Tyndale Bible, and a couple of Wycliffe Bibles. They also have on display the Codex Sinaiticus, an ancient handwritten copy of the Greek Bible found in St. Catherine’s Monastery near Mt. Sinai, Egypt (On our 2011 trip to Israel, we crossed the border of Egypt for 1 day to visit St. Catherine’s Monastery, so those of you on that trip might recall that special place).

Finally, we ended the day at a five star restaurant called “Maggie Smith’s”. We ate an absolutely superb meal thanks to one of our generous tour members. We sat around a huge harvest table eating roast lamb, salmon, and other delicious dishes. The day ended with several of us watching the beginning episode of Downton Abbey. The end of a perfect day! 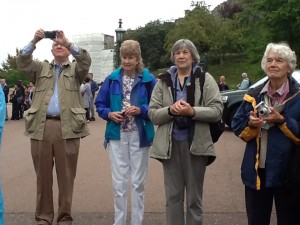 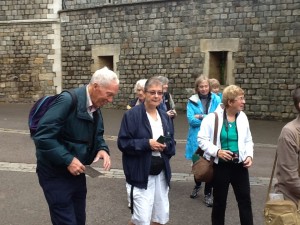 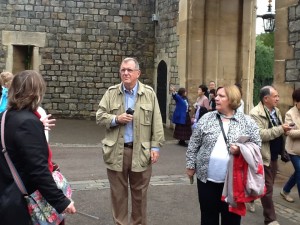 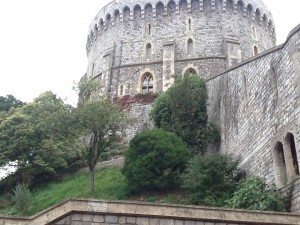 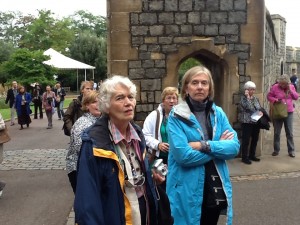