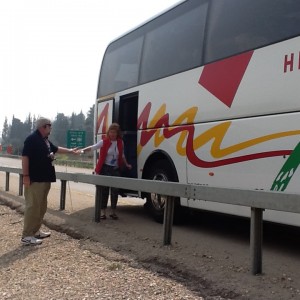 We headed out of Jerusalem, going westward down the hillsides. Eitan pointed out that a village that we went through was the probable place where John the Baptist was born. It is called “Ein Kerem”. It seems like it is very far from the wilderness and the Jordan River where John began his baptizing mission, but one thing we have learned, is that people in this land traveled around constantly. Jesus and his disciples went from Tyre and Sidon in the northwest, to Caesarea Philippi in the northeast and 120 miles down to Jerusalem in the south. Every step one takes is either up or down, and is over rocky ground. Nothing is easy about the travel and when we think they did it in sandals, it is even more impressive.
We descended further until we arrived at an Arab village that was called Abu Ghosh in Jesus’ day. There is a Church at the site now and is one possible location of the Walk to Emmaus. Kristy gave her very inspiring talk on that important event, which was very uplifting and a perfect place to feel this inspiration. The church has wonderful acoustics in its tiny chapel, and we stood and sang a couple of hymns to hear these melodious, angelic sounds. It was glorious. 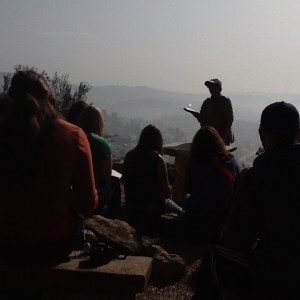 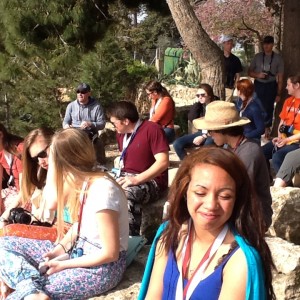 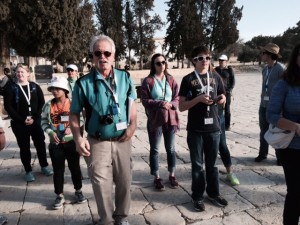 This morning, we rearranged our schedule a bit to go back to Jerusalem to see the Temple Model and the Shrine of the Book Museum of the Dead Sea Scrolls.  We had it scheduled a few days before, but couldn’t get there on those days. So we made it up today.  The Temple Model shows what Jerusalem was like during the time of Jesus. It is a fascinating way to learn about the Temple, the city of Jerusalem, the Pools of Bethesda, where Jesus was crucified, etc., all in a model form that we could walk around. 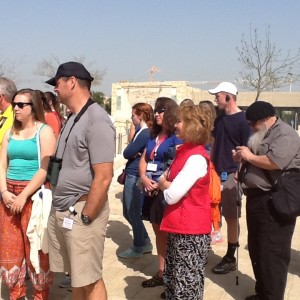 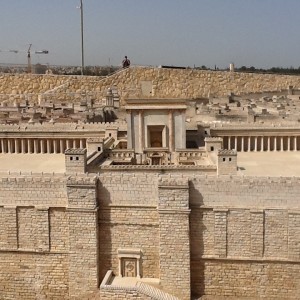 We drove south to the Valley of Elah, the site of David and Goliath in SE Israel. There is a green field there between two high hills and we could visualize the scene of the soldiers of Israel on one side and the Philistines on the other with Goliath challenging the Israelites to find their champion. Before we arrived there, Kristy gave a very uplifting talk on this familiar story in the bus. It was a little hot in this valley, but we did walk down to the washed out creek bed, and each of us found “five smooth stones” to take home as souvenirs. 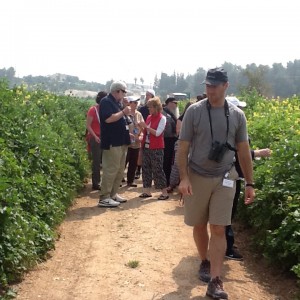 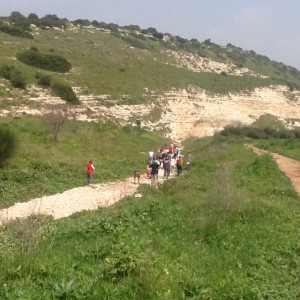 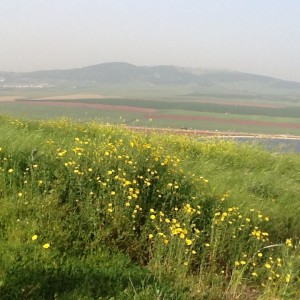 After this we drove quite a way into the Valley of Jezreel, northern Galilee. This area is lush golden fields of crops and green fields in every direction. Our destination was “Naboth’s Vineyard,” and we stopped at the traditional site where we could see wine presses. We took pictures of the mustard seed and Nazareth in the distance. One of our group found a ‘gecko’ and put it on his shoulder to show the students. They stood around him and took pictures and ‘oohed and a-a-ahed’ over it. 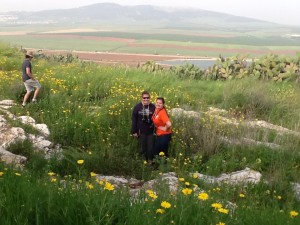 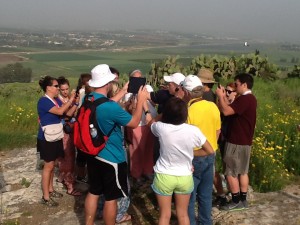 Then we drove to the Spring at Harod where Gideon had his soldiers lap water to determine who was ready to fight in the Battle, against the Midianites. However, the park was closing early, so we didn’t get to stop there.

Finally, we arrived at our wonderful, hillside Hotel called Ramot  Nofesh Resort. Every room has a view of the Sea of Galilee, and this is one of my most favorite places to stay. We’ll be here for a four nights as we travel around Galilee. 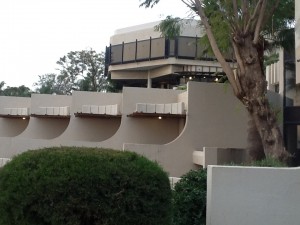 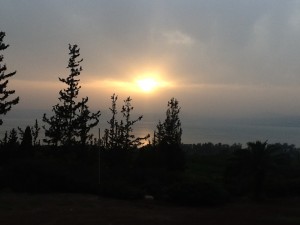