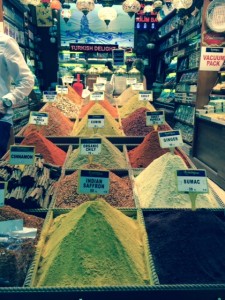 Today we started out going to the Grand Bazaar, one of the largest shopping malls in the world. In its past it was the center for trade for the entire Ottoman Empire. It has as many as 4,000 shops and was such fun for us to shop in. It was started in the Middle Ages and has been a continuous shopping source for visitors and tourist for centuries. We went early in the morning because today was Saturday, and even while we were there, it got more and more crowded. The cruise ships come to Istanbul with as many as 12,000,000 people a year and this is one of their favorite sites to see. 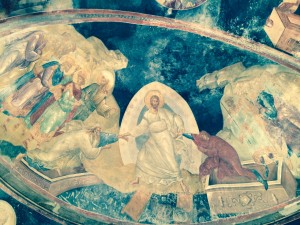 The next site was one of the highlights so far of the tour. We drove to a church called the Chora Church built around 536 AD. It contains some of the most beautiful and uplifting mosaics and frescoes that we’ve ever seen.  There were many that depicted Jesus’ life, his healings and events from the Bible. The one we looked at the longest and felt the most inspired by was called “Anastasia” or “Jesus resurrecting mankind.” It depicts Jesus literally pulling Adam and Eve out of the tomb with the major characters of the Bible surrounding him. The Greek word ‘anastasia’ literally means “a step upwards.” Kristy spoke on a wonderful short talk on the deeper meaning of this fresco. It was very special.

Next we drove down by the water to eat lunch.  Many of us ordered traditional food, like humus, pita bread, kabobs, and the best watermelon I’ve ever tasted. The spice market was close by and we spent a little while combing the market and taking pictures of colorful spices and teas. 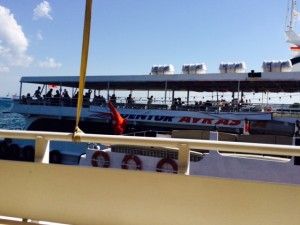 Our afternoon event was a cruise on the Bosphorus in a large boat that was rented especially for our group. We spent an hour and a half viewing the city from the water and it was just wonderful!! 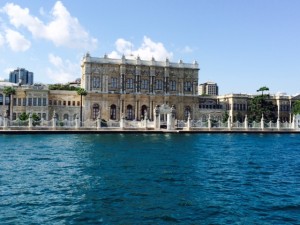 Later in the evening, we went to a different airport on the Asian side of the city to take a one hour domestic flight to Antalya, or Antioch, the ancient city of the Christians. (Remember that Jesus’ followers were first called ‘Christians’ at Antioch.) We got in very late, and the WIFI was ‘iffy’ at best, so it’s taken us a while to upload pictures and commentary.