We drove early this morning to a location east of the Temple Mount up on the Mount of Olives. It allowed us to look up to the Temple Mount and see the Dome of the Rock in the distance, an amazing site. Then the group walked down a very, very steep road on the left side of the Kidron Valley up to the Mt. of Olives to reach the Garden of Gethsemane, one of the most popular places for pilgrims to visit. Nearer the church, we walked around the thousand year old olive trees and took pictures. 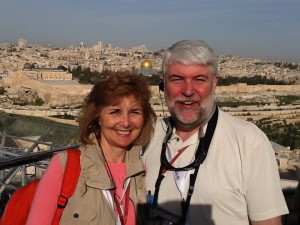 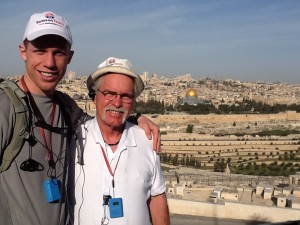 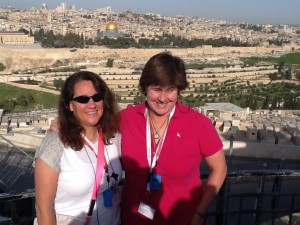 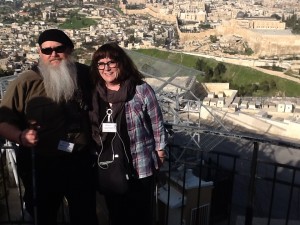 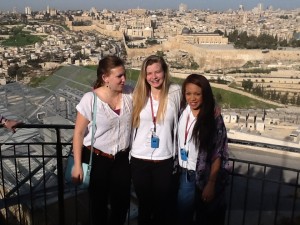 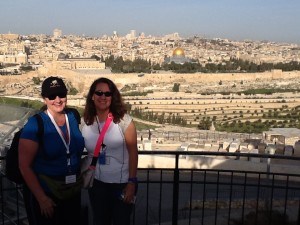 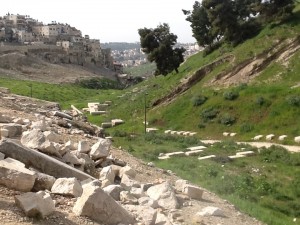 Eitan walked us down the Kidron Valley to a quiet site for Kristy to give her talk. It was near Absolom’s tomb, and was the valleyJesus had walked down to go to the Garden of Gethsemane. 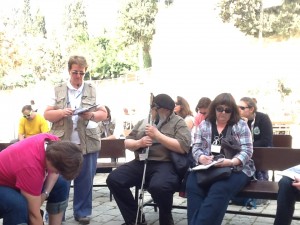 We were then taken by our bus to Herod’s Gate and let out near the Muslim Quarter. We walked into the city and came to the Church of St. Anne, that watches over the “Pool of Bethesda”. This is always one of the most crowded sites, but we were able to find a quiet setting for another insightful talk by Kristy on the ‘crippled man at the pool’.

After Kristy’s talk, we went into the Church and heard the end of a church group singing beautiful hymns. Our guide encouraged us to do that when they were finished, and we sang Hymn 148 and Hymn 1.  It was absolutely heavenly, the most beautiful, inspiring music I have ever heard. We held hands in a circle underneath a high vaulted ceiling, which just expanded  the sound, up and up; the acoustics were gorgeous. Tears were flowing down our cheeks and others in the church when we left. I don’t think I’ll ever forget it!

Entering the little museum at the convent, we walked a few steps along the way, and came to what is called the “Lithostrotos” or the pavement of Antonia Fortress. Tradition has established this site as the place where Jesus was held by the soldiers, mocked and beaten. We were able to see where the Roman soldiers played games, carved into the rock floors over 2,000 years ago. After Jesus was buffeted about by the soldiers, he emerges wearing the crown of thrones and the purple robe.

Eitan then led us through the Muslim Quarter for about a mile, and we got to see all the shops in the ancient marketplace, the colors, smells, and sounds. We stopped in a little cafe and all had one of the three traditional dishes. We were starved and it was delicious.

The bus then drove us around the city to the Church of St. Peter en Gallicantu (cock-crow), which is the traditional site of where Peter denied Jesus three times. Kristy gave another inspiring talk on the trials of Jesus before his resurrection.

One of our favorite places to visit is the Garden Tomb. Although this is probably not the exact location of Jesus’ tomb and resurrection, it most nearly resembles what it probably would have been like. There is a garden environment, run by the Anglican Church of England, and a large rock cliff nearby what looks like a skull. This location has a very large cistern that could have been used in a garden. It also has a first century wine press which shows there were vineyards near by. Against the rock cliff there is a first century tomb cut out of the rock with a rolling stone to cover the entrance. 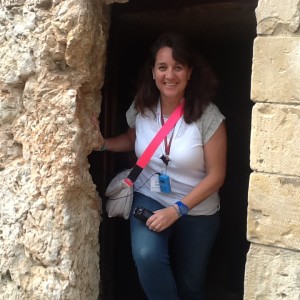 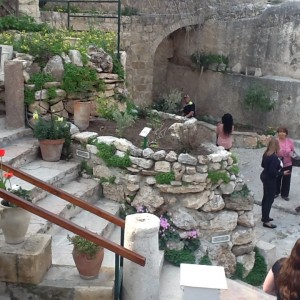 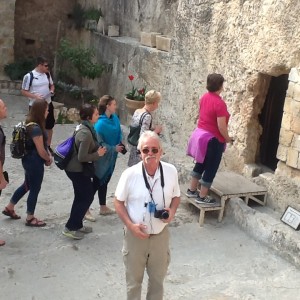 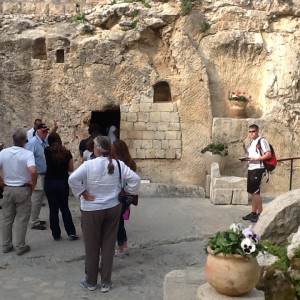 Protestant pilgrims find this site of the Garden Tomb very inspiring! There are many places for groups to meet and hear their pastors or preachers give sermons at the site, and Kristy delivered a wonderful inspiring talk on the resurrection. 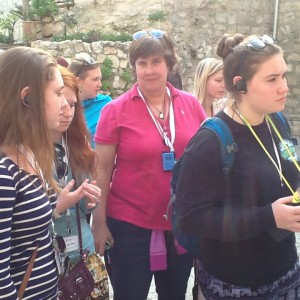 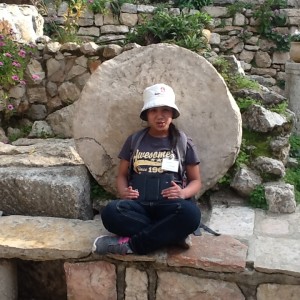 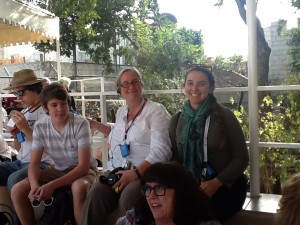 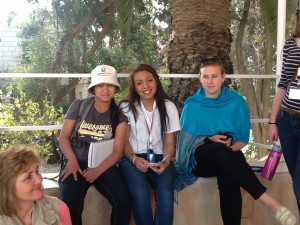 To end the day a group of 24 people drove with Eitan to Bethlehem to see the Church of the Nativity and to shop there. Seven of us went back to the Hotel to rest before dinner. It was a wonderful day!  The weather has just been perfect, soft spring days, with full sunshine.