Today was our time to visit the Vatican Museums and the Sistine Chapel and St. Peter’s Basilica.

In high season, they move 21,000 people per hour through these gates.  It was quite a sight to behold. 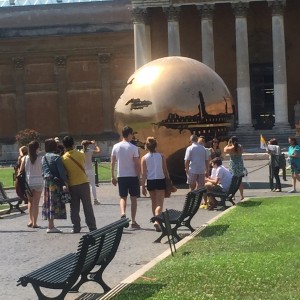 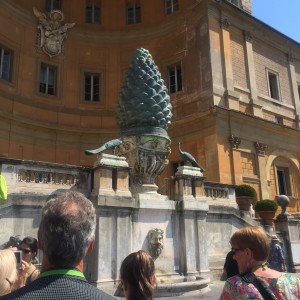 In the Vatican, we saw Raphael’s Transfiguration, Caravaggio’s The Deposition, and the Laocoon – a sculpture unearthed in the 16th century, and dated to the 3rd or 2nd century B.C.E.  He was a Trojan priest and he knew that the gift that had arrived outside the gates of the city of Troy from the Greeks, their enemies, was in fact a trick, and he tried to warn the city.  A goddess who was a protector of the Greeks didn’t like this, and to punish him, sent serpents to strangle him and his sons. 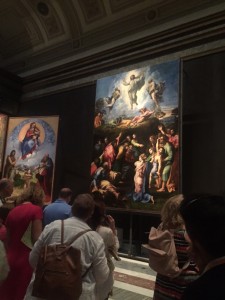 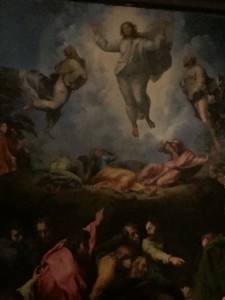 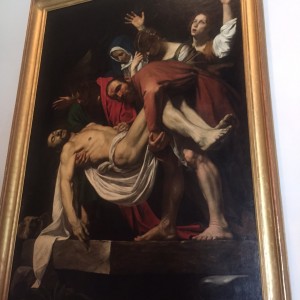 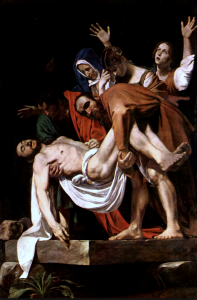 Then we walked into the Sistine Chapel and beheld those magnificent frescoes by Michelangelo. Words are inadequate to describe his genius.  We’ve learned that Church art was meant not only to glorify a place of worship or to inspire the faithful; it was also designed to teach the masses of people who were almost illiterate.  Art is a form of visual theology.
We learned that the Creation panel was painted in only one day.  But there is not one single Christian figure in the entire ceiling.  Yet the Old Testament figures lay the foundation for the coming of the Messiah.
We also viewed Michelangelo’s Last Judgment:

In the afternoon we walked through the tunnels of two Catacombs – Domitilla and Priscilla.
We saw the oldest drawing of Mary and child in the world.  Also depicted was a woman in a stance of prayer.  Many biblical scenes have been discovered on the walls of these ancient burial sites – the Good Shepherd, the fish and anchor, Adoration of the Magi, three Hebrew boys in the furnace, etc.
Then we drove outside Rome to a tiny mountain town called Frascati and had delicious homemade pasta! 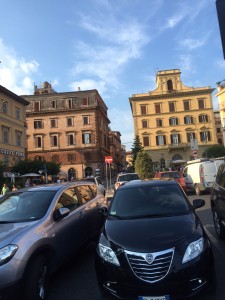 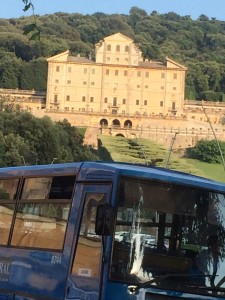 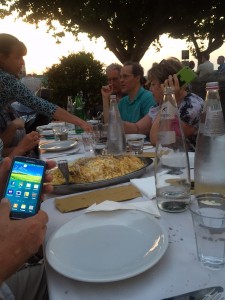 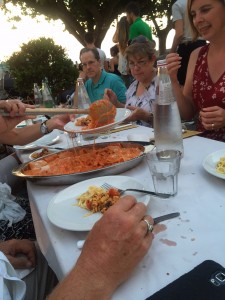 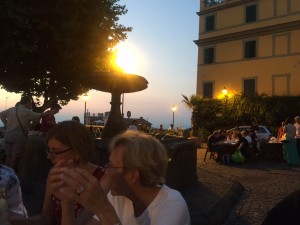 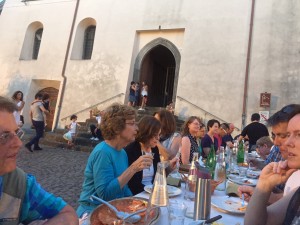 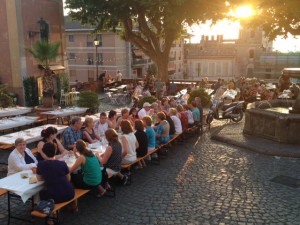 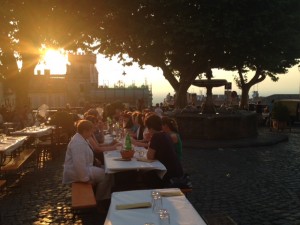 We didn’t arrive home until late but what a day we had!