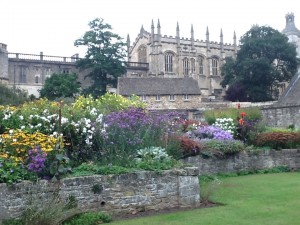 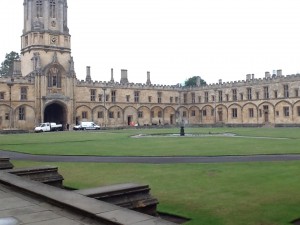 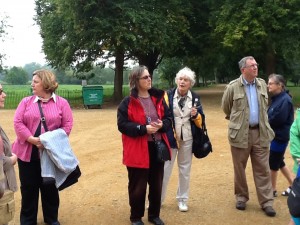 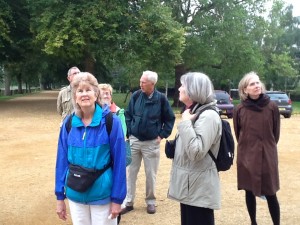 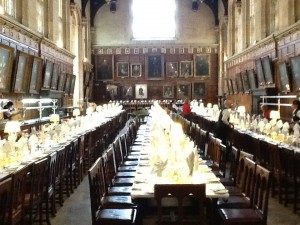 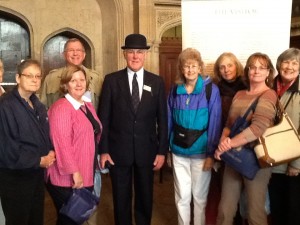 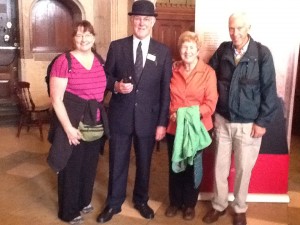 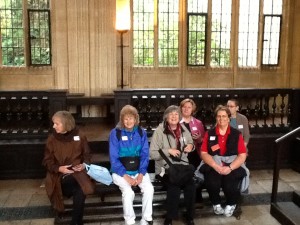 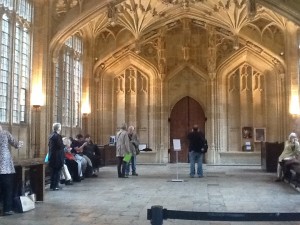 (This paragraph comes from Wikipedia)

Oxford University: “The University of Oxford is located in the English city of Oxford, and is the oldest university in the English-speaking world.  It is regarded as one of the world’s leading academic institutions. Although the exact date of foundation remains unclear, there is evidence of teaching there as far back as the 11th century. It grew rapidly from 1167 when Henry II banned English students from attending the University of Paris. There are 38 colleges of the University of Oxford and 6 permanent Private Halls, each with its own internal structure and activities. All resident students, and most academic staff, must be members both of College or hall, and of the university.”

Our guide explained to us that students not only attend lectures by fellows ( professors) but that they meet in a one-on-one tutorial with their professor each week. No way to hide in that scenario. Only students who have practically straight A’s in high school can be accepted at Oxford, so it’s obviously highly competitive and these are very smart students! Each college is built around a tiny square, has a hall for meals, residence halls for living, and their own classrooms and professors. Each college also has their own Chapel for worship and students are expected but not required to attend.

Originally Oxford was mainly teaching Theology for the priests in the church. Today there are all subjects and each college is known for their specialty. Over a third of the students are international students, which helps the university pay for itself.  Many famous people attended and lectured at Oxford over the centuries, among them those such as John Locke, John Wycliff, John Wesley, William Tyndale, C.S. Lewis, and many others, were all fellows at Oxford and had great influence over young minds in their day.

Our first tour of the day was at Christ’s Church which is a combination of a College and a Cathedral. Christ Church is one of the largest Oxford colleges, with about 430 undergraduates and 215 postgraduates. The staircase at Christ Church was used for filming several scenes in the Harry Potter movies. Also the Great Hall was the one used in the Potter films.

Next we went to the Bodleian Library which is the ancient library used by all the students at Oxford. It is one of the oldest libraries in Europe and now holds over 11 million books. We had a wonderful tour there with the local guide. The original books were given by a wealthy man in the Middle Ages. During the Reformation they were all burned and/or thrown out. After that, the library began to receive famous library collections from all over the world. Thomas Bodleian traveled over the European continent buying up books for Elizabeth I in the 16th century. Later it was surmised that he was really a spy for Elizabeth during her reign but there is no proof. Before anyone could go into the library, they were sworn in oath to protect the books by never lighting a fire for warmth or a candle for light, they would not take any books (which were all chained to the shelves), and they would not write in them or defame them in any way. These rules are still in force today.

After our tour, we were let go to find lunch and to shop around Oxford for a few hours for our last free afternoon. We are to meet up for a final dinner all together tonight, and then pack for leaving early tomorrow morning.

Our trip has been really wonderful. We have made such great new friends, and have been so inspired by the importance and reverence for our English translation of the Bible. We are already talking about our next trip to England in a couple of years with the King James Bible as its main focus. Thank you so much for following along with us on our tour. We hope you enjoyed learning with us.