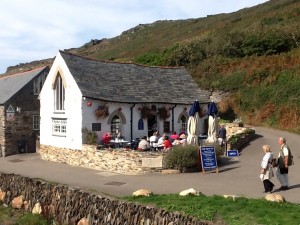 Today we had a later start (10:00 am) but a longer bus ride. The weather committee did an incredible job and for the first time we saw sunshine today, which surprised even our guide. We drove for a couple of hours through hedgerows and hedgerows, on the tiniest of roads, sometimes one lane instead of two. The villages were absolutely charming, each one completely unique. 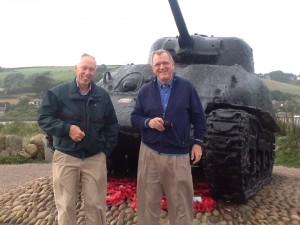 Finally we arrived at an extensive sandy beach called “Slapton Sands,” which was an area designated for practicing the Normandy invasion by the Americans and Brits during WWII. Towards the end of the war, 3,000 farmers and villagers were displaced by the Allies so that these soldiers could move into this area and secretly plan for D-Day. In April, 1944, as they were practicing, German E-boats intercepted the rehearsals for the D-day landings and almost 1,000 Americans were killed. They have a small monument of a Sherman tank in the town, honoring these men who have since been called “The Forgotten Dead.” Our group found this to be very fascinating because most of us had never heard of this sacrifice made by so many Americans. We bought a book written by a local man called “The Forgotten Dead,” so we could read more about this event. 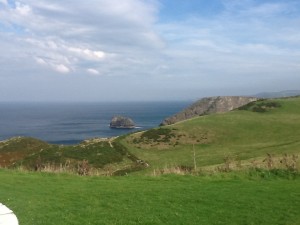 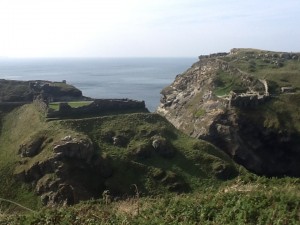 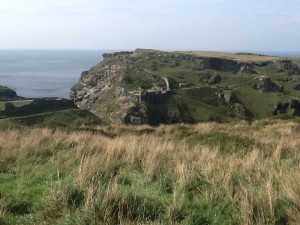 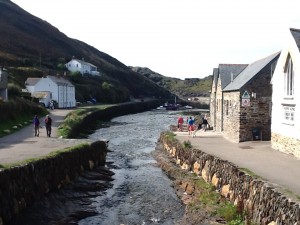 After we spent a short while on this beach, we again got into our mini-bus and drove through beautiful fields with hedgerows, sheep, cattle, and crops until we arrived at the village of Tintagel–the supposed birthplace of King Arthur. Although our guide was quick to tell us King Arthur is just legend and myth, there were ruins there of an ancient castle that has come down through the centuries as the famed Camelot. The castle is virtually just ruins now, but it hugs the hillsides of the Cornwall coast with spectacular views of the Sea. Most of us did not want to hike the steep paths down into it, but we took pictures and walked the village shops. A couple of our group did walk the hiking paths down and then road in a range rover back up the mountain side.

Next we drove some more until we came to a small village called Boscastle, a quaint little town nestled in between steep hillsides, tucked back from the sea. A few years ago, practically this whole town was swept away by floods that came so fast, the whole town was under water. They have since rebuilt and renovated the buildings and it looks like a mountain village again.

Cornwall is practically a kingdom of its own according to our guide. It used to be so difficult to reach this area from London or the northern English countryside that Cornwall really developed their own traditions, religion, men’s choirs, strong mining communities, and even language. But we found the people engaging and friendly, and the scenery some of the most beautiful in the world!! 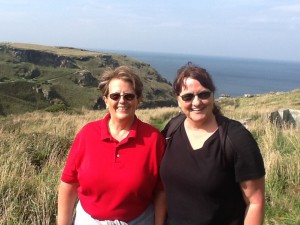 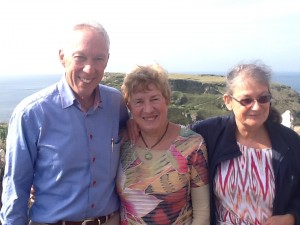