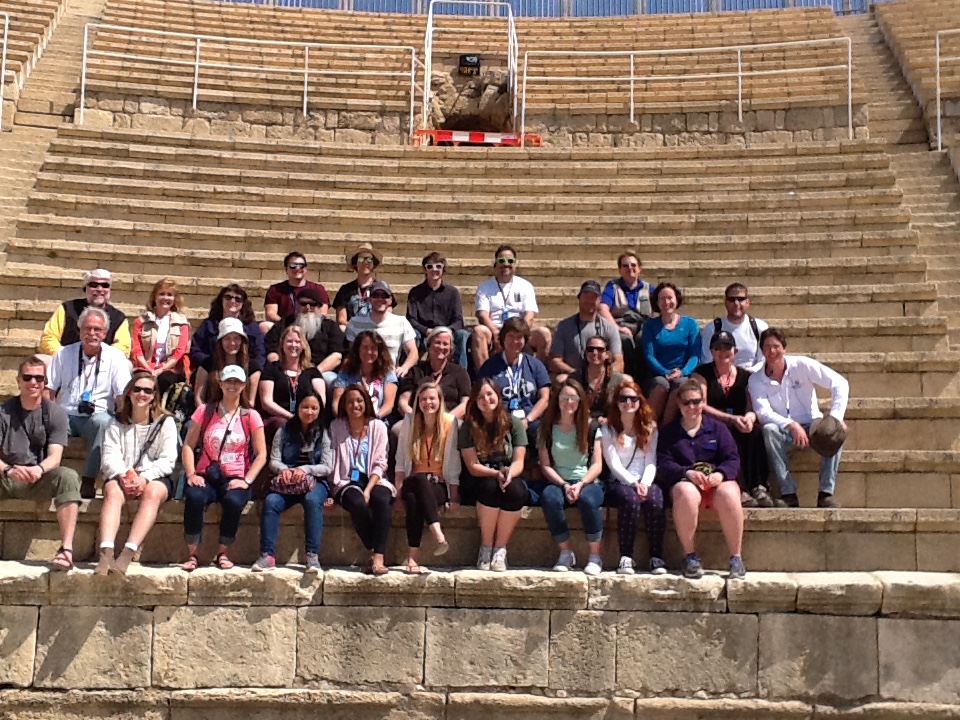 On our last day,  we drove to Caesarea Maritima, the site of Herod the Great’s massive Roman port city. Excavations have uncovered a hippodrome, a theater (restored for use of performances today), and the ruins of Herod’s seaside palace (where he installed a fresh water swimming pool in the middle of the sea). 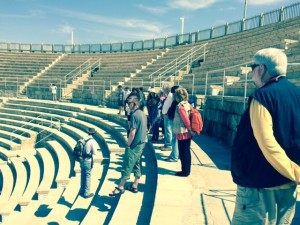 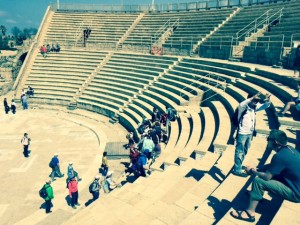 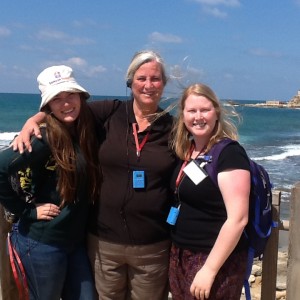 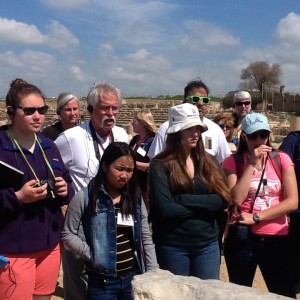 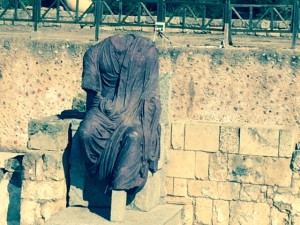 A significant discovery was unearthing a large slab of stone thought to be a step, but when archeologists turned it over, they found an inscription with the name “Pontius Pilate” in Latin, which later was realized was his seat from the theatre. This is an incredible find because it offers indisputable evidence that there was a real person called Pontius Pilate, giving credibility to the Bible’s account. It was also in this city, that Peter baptized Cornelius, one of the first Gentiles to be accepted as a Christian. Paul also was imprisoned for a few years here in Caesarea before being taken to Rome for trial. The Ecclesiastical Library at Caesarea was supposedly one of the grandest of its time, containing 30,000 manuscripts, including extant literature, for example the book of Mark, and other early gospels. 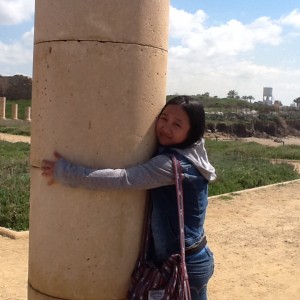 Eusebius, who was Constantine’s personal historian, who was stationed at Caesarea, referred to this library when he wrote “Ecclesiastical History of the Christian Church, Vol. I and II” in 326 C.E. 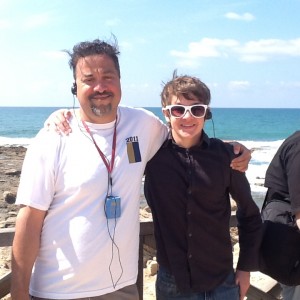 We also watched a quick 12 minute film on the history of Caesarea. It was fun to see because it allowed us to catch a glimpse of the genius of Herod’s port city that encouraged trade from all around the Mediterranean and brought in enormous wealth to Palestine. However, it was short lived. We watched how wave after wave of civilizations: Roman, Byzantine, Muslim, Christian (Crusaders), and finally Muslims again either fight to conquer the port city or thrived after earthquakes, storms and battles destroyed it. 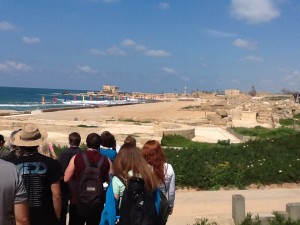 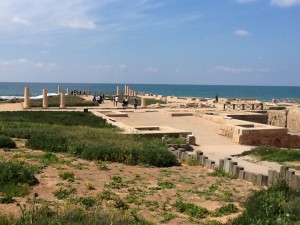 After Caesarea, we drove through Jaffa, which was the port city where Jonah set sail in the Old Testament.  Jaffa is “Joppa” in the Bible, and it is also where Peter raised Tabitha. 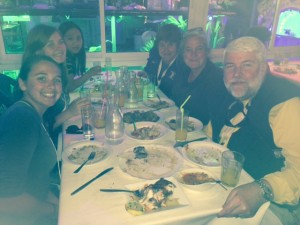 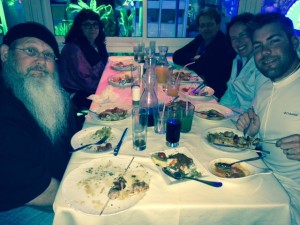 Jaffa is just outside of Tel Aviv, and we were able to drive to our farewell dinner located near the sea in Jaffa. Our group then took off from the airport around 10pm and headed home. 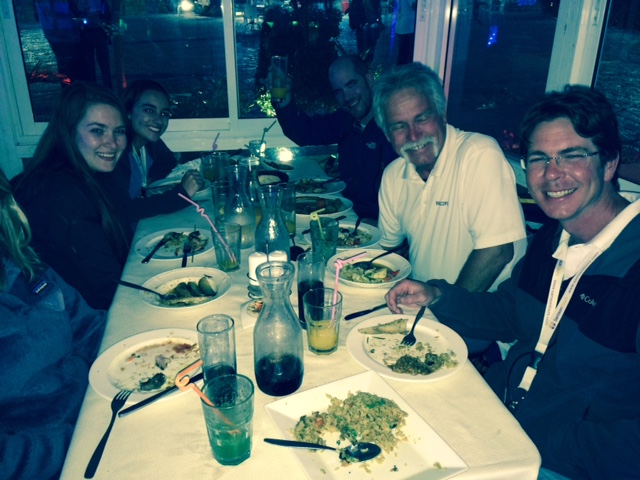 More pictures from our travels abroad!… 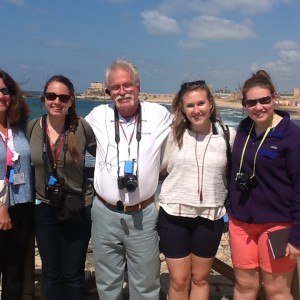 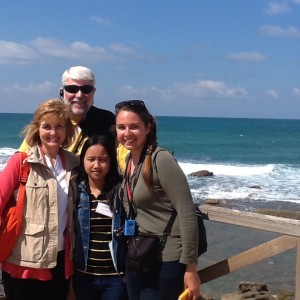 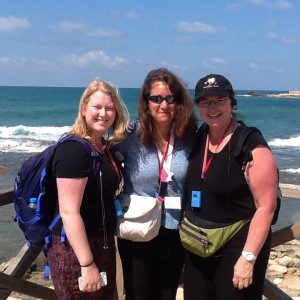 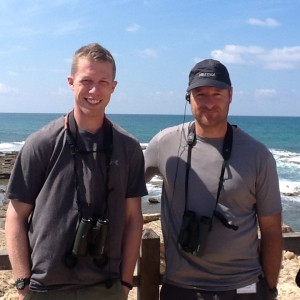 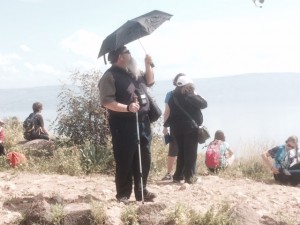 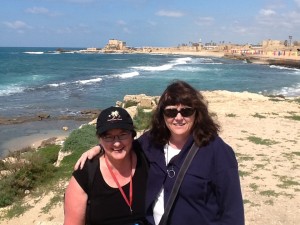