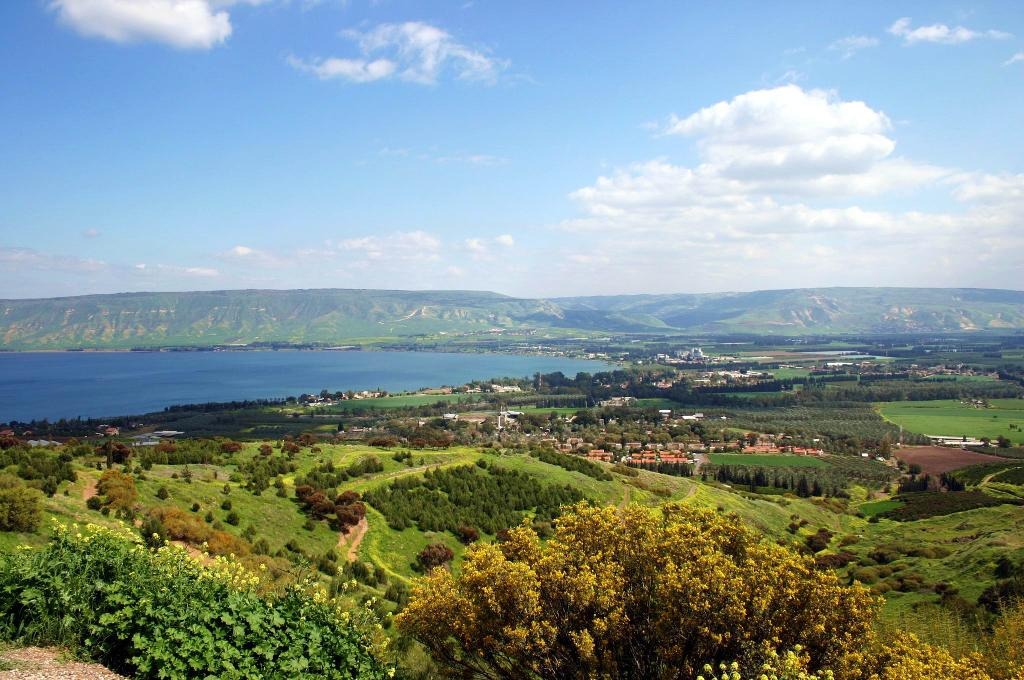 Update as of 2/24/22: Vaccine mandate and quarantine restrictions have been dropped in Israel.

Step 2. Set up user account, or Log in if you already have an account
Step 3. Leader: Christian / Trip ID: 23011
Step 4. Place a $200 non-refundable deposit to secure your spot (applies towards total payment)

We will start our morning by traveling north to Caesarea Philippi, at the base of Mt. Hermon, where Jesus asked his disciples, “Whom do men say that I the Son of man am?” (Matt. 16:13). Then, we will drive to Tel Dan which is located next to the Golan Heights. Dan was the northernmost city of the Kingdom of Israel, known as Laish prior to the conquest by the tribe of Dan. The site’s artifacts date back to 4500 BCE. We will make a short visit to the Yigal Allon Museum, located on the grounds of Kibbutz Ginosar. This museum houses the first-century fishing boat discovered in 1986 in the Sea of Galilee. We will also take a boat ride on the Sea of Galilee.

*If you want to share a room, but you don't have a roommate, let Kristy know: click here to email her

Reservations will be accepted in order of receipt by completed online enrollment and a deposit of $200 of which $100 is non-refundable) per person. The balance of the trip cost is due by July 1, 2023. No further payments are due between the time of the deposit and the final payment date. Travelers may pay their final balance by electronic check, mailed check, or by credit card with a convenience fee of 3%.

The TPP also protects travelers during the trip with medical coverage and emergency medical transportation. The cost for the TPP is $279.

In addition, we recommend purchasing insurance from the airlines when purchasing your airline tickets. Please note the TPP is not available to residents outside of the United States.